Advertisement
The Newspaper for the Future of Miami
Connect with us:
Front Page » Real Estate » Miami seeks law firm to cut deal with David Beckham group

Written by John Charles Robbins on May 28, 2019
Advertisement 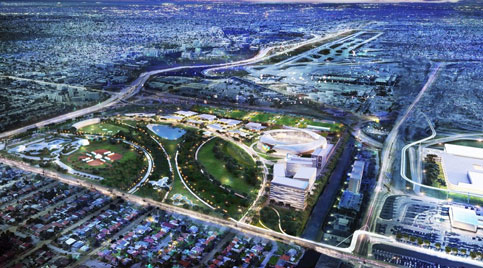 Commissioners on May 23 were debating which of 16 applicants to use as consultants. After listening to lawyers from several firms fighting for the job, and continued contention from Commissioner Manolo Reyes who was adamant that the chosen firm have nothing to do with Cuba, they voted to have Ms. Mendez pick from three firms. Mr. Reyes voted no.

A lease would turn the city-owned course into Miami Freedom Park, a sweeping commercial development anchored by a Major League Soccer stadium.

Commissioners asked Ms. Mendez to hire the firm most expert in large real estate deals at the best rate. Commissioner Joe Carollo asked her to estimate the cost.

“It depends,” she answered. “We can negotiate a flat rate or an hourly amount… They will do this on a consulting basis, and the goal is not breaking the bank.” She promised to explain her selection process and decision.

Before the vote, Mr. Reyes expressed disgust at tactics some were using to discredit firms that sought the job. He held up a large envelope he said was delivered anonymously to all commissioners stuffed with accusations against some of the firms, claiming they did business with Cuba, had criminal troubles and bar association complaints.

Mr. Reyes said accusers were acting like hyenas. “Shame on you, whoever did this. Shame on you.”

The city manager is to deliver a proposed lease for commission vote by Sept. 12.

City voters in 2018 authorized a 99-year lease with Miami Freedom Park for about 73 acres, waiving bidding, and converting Melreese to a soccer stadium, 1 million square feet of office, retail and commercial uses, 750 hotel rooms and more, leaving a 58-acre park.