Advertisement
The Newspaper for the Future of Miami
Connect with us:
Front Page » Healthcare » County may launch campaign for center for genetics

County may launch campaign for center for genetics

Written by Jesse Scheckner on May 28, 2019
Advertisement 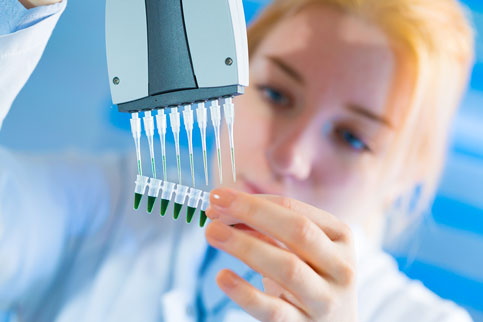 Seven months after a report showed Miami-Dade is “well-positioned for growth” in the genetics industry, county lawmakers could direct Mayor Carlos Giménez and the Beacon Council to launch a campaign to attract interest in developing a Center for Genetics of the Americas.

Commissioners will vote Tuesday on an item, sponsored by Javier Souto, calling for such action and for the mayor to deliver follow-up quarterly reports detailing the progress.

The directive would mark the first non-study step in Mr. Souto’s effort to establish a genetics center here that began in early 2018 with the unanimous approval of an item ordering the Mr. Giménez’s office to conduct a feasibility study.

While there is a strong presence of plant and marine genomic research in South Florida, with funding largely coming from private investment and institutional assistance, Mr. LaPradd said last year that his department found room to expand in large animal genomic research.

He said then that one of report’s recommendations would be to work with established local research institutions and economic development partners like the Beacon Council to develop large animal genetics projects.

Miami-Dade has “never been known as a place with a lot of livestock” compared to other parts of the state, he said. “But we’re looking at trying to bring more of that down this way.”

More than 20,000 Miami-Dade residents are employed in agriculture, representing a $2.7 billion annual economic impact to the county.

That includes employment at the University of Florida’s Tropical Research and Education Center in Homestead and the US Department of Agriculture Subtropical Horticulture Research Station in Coral Gables.

Expanding in the genetics component of that industry that capitalizes on the county’s unique year-round growing season and “ability to produce an extremely wide range of crops,” Mr. Souto’s prior resolution said, could generate money and build on employment.

No information was given on where the center could potentially be built.