Advertisement
The Newspaper for the Future of Miami
Connect with us:
Front Page » Government » Miami may be ready to pick Virginia Key marinas operator

Miami may be ready to pick Virginia Key marinas operator 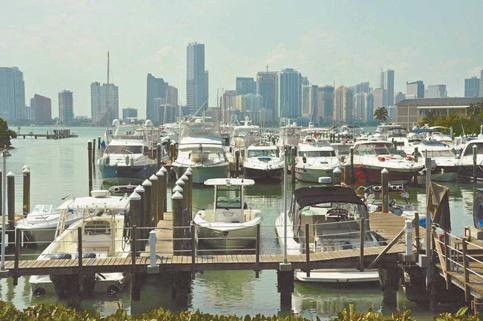 After years of controversy, countless meetings, administrative appeals and lawsuits, the City of Miami may be ready to move ahead with a new operator for its marinas on Virginia Key.

The final court case has finally ended and today’s (5/23) agenda for the city commission includes two proposed resolutions that would determine the fate of Rickenbacker Marina and Marine Stadium Marina on the city-owned barrier island.

The first resolution is to accept the city manager’s recommendation approving the findings of the selection committee that Virginia Key LLC is the top-ranked proposer for the 2017 request for proposals for lease and development of city-owned waterfront property for marinas/ restaurant/ ship’s store uses, and authorizing and directing the city manager to negotiate a lease with the proposer.

The second resolution is to approve a referendum special election asking city voters to approve or disapprove of a long-term lease of the city-owned marinas to Virginia Key LLC.

For many years the city has been trying to get a new operator for Rickenbacker Marina and the adjacent dry dock operation.

Today’s legislation chronicles key dates in the request for proposals and legal challenges that followed.

The latest request for proposals was issued Feb. 17, 2017, and saw two prior competitors unite – Virginia Key LLC is a joint venture of RCI group and Suntex Marinas that plans to invest more than $80 million to create Virginia Key Harbour & Marine Center.

The second-place bidder – the current operator of Rickenbacker Marina – filed a bid protest that was heard by a special master who backed up the selection of Virginia Key LLC on July 27. 2017.

The second-ranked proposer then appealed to the Eleventh Judicial Circuit on Sept 1, 2017.

The court heard oral arguments and ultimately denied the second-ranked proposer’s petition on July 30, 2018, effectively upholding the hearing officer’s decision to affirm the city manager’s recommendation of the proposer.

On Oct. 11, 2018, the second-ranked proposer appealed the decision of the Eleventh Judicial Circuit by filing a petition for Writ of Certiorari to the Third District Court of Appeal of Florida.

Resolutions to accept the proposal from Virginia Key LCC, and to set the matter for election, were indefinitely deferred in December, when the second-ranked proposer continued to fight in court.

Virginia Key LLC tried to get the commission to award the marinas then, based on its number 1 ranked proposal, but City Attorney Victoria Menendez strongly advised against taking any action until appeals were truly exhausted.

The legislation shows the proposed lease would run 45 years with two 15-year renewal terms and payment of $2.2 million base rent annually plus 6% of revenues; additionally, the base rent would be adjusted annually by the greater of the Consumer Price Index or 3%.

The lease could take effect only after the public’s vote of approval, if commissioners agree to schedule the referendum as part of the Nov. 5 general municipal election.

“Shall the City be authorized to lease approximately 27.5 acres of land on Virginia Key to Virginia Key, LLC for: A 45-year initial term with two 15 year renewals; Minimum annual guaranteed rent of $2,200,000.00 (with escalations) totaling approximately $203,984,060 over initial term; in addition to 6% of gross revenues; Approximately $80,000,000.00 privately funded investment to redevelop the marinas in an environmentally sensitive manner, including boat storage, restaurants, retail, and public parking?”