Written by Jesse Scheckner on May 21, 2019
Advertisement 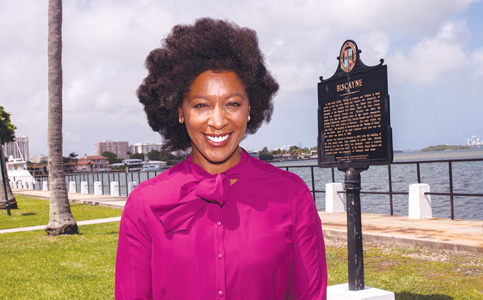 Crystal Wagar didn’t necessarily set out to make history when she ran for Miami Shores Village Council this year, but she did.

After votes were tallied in March following a record turnout, she’d secured more votes than any other candidate running. That didn’t just earn her a seat on the council. In accordance with village tradition, she’ll now serve as Miami Shores’ mayor for the first half of a four-year term – the first black woman to do so in the village’s 87 years.

And while she’s no stranger to politics – she’d previously worked as interim village manager of El Portal and was chief of staff for former Miami-Dade commissioner and current Miami Beach City Manager Jimmy Morales – her decision to run this year marked the first time she’d vied for elected office.

“My intent was to engage in the civic process here with the hope that others who wouldn’t normally engage in the process felt compelled to do the same, to give others in our community a voice or show that you can have a voice if you put yourself out there,” she said. “The support I’ve gotten from people I didn’t meet while knocking on doors, it just fills my heart with appreciation.”