Advertisement
The Newspaper for the Future of Miami
Connect with us:
Front Page » Top Stories » Commercial insurance rates facing double-digit climb in June

Written by Catherine Lackner on May 21, 2019
Advertisement 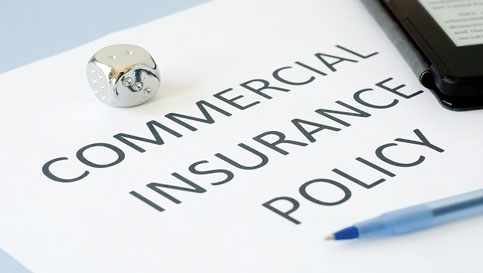 “Commercial property insurance rates are expected to increase 10% to 20% within this calendar year,” said Ryan Papy, president of Keyes Insurance, a part of The Keyes Co., via email.

“The main factor is the rise in reinsurance rates,” he continued, referring to the insurance that carriers buy to protect themselves against exposure in case of catastrophic losses.

“Many carriers renew their reinsurance June 1,” Mr. Papy said. “Thus, commercial policies that are being renewed or are being written as new business in the fourth quarter of the year will feel the impact. Most large commercial property schedules are written through non-admitted carriers (not approved by the state) who are not capped on increases as state-approved carriers are. Some schedules may see increases up to 40%.

“The rise in reinsurance rates can be simplified as a supply and demand issue,” he explained. “Over the past decades, there was significant capital flowing into the reinsurance market as it was a conservative way to make decent financial returns. After Hurricane Katrina, there was nearly a decade without any major hurricanes impacting the United States. Although reinsurance is global, hurricanes in Florida can influence this market. Recently, Hurricanes Irma, Harvey, and Michael have generated significant losses and that has reduced the profit for the reinsurance carriers. That reduced profit has led to less capital being invested in the market,” Mr. Papy said.

“Commercial lines outside of the commercial property space will also likely receive increases to due to the same reinsurance factors,” he said. “Many of those policies are written through admitted carriers, so they might not see the full impact. They will eventually get to the same number; it just might take longer.”

But there are other factors at work, said a January article in Property Casualty 360 by Kevin Reilley, executive vice president of business development and corporate strategy at HOVER.

“Ernst & Young Global Limited reports that 2017 was the largest insured loss year ever,” the article said. “Not only will insurers have to adjust more claims, they’ll also have to adjust how they write policies, so they’re not caught off-guard by shifting weather patterns. They’ll need the tools to deal with the deluge.

“Second, at the same time that claims are going up, so are customer expectations. Today, insurers are serving a greater percentage of millennials who expect companies to be as tech-savvy as they are. They not only want a good policy, they want the added benefits of convenience, speed, transparency and a level of personalization that customers before them simply didn’t demand.”

“Insurance costs are definitely going up,” said J.C. de Ona, president for Miami-Dade County at Centennial Bank. “I consistently review loan documents, and I see the line items for insurance. Anytime we have a project, we see the insurance costs escalating.”