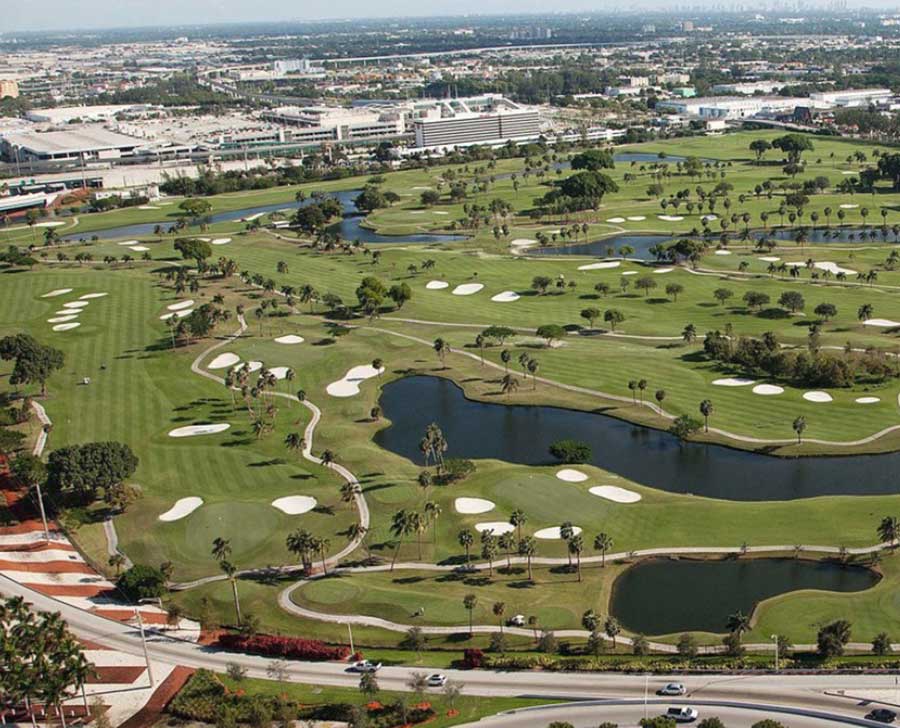 Debates about law firms’ business ties to Cuba have stalled hiring a consultant to help Miami negotiate a lease with David Beckham’s group for what is today the Melreese Golf Course.

With a Sept. 12 deadline looming, commissioners had intended May 9 to hire one of 16 law firms that sent letters of interest in the deal, but potential conflicts of interest led to another deferral. The move to hire had been deferred April 25 when one commissioner was ill.

Now Commissioner Manolo Reyes finds himself in the position of having fought for a lease deadline before November’s election yet objecting to several firms seeking to help with the lease.

Mr. Reyes was loud and adamant that he would not vote to hire any firm that did business with Cuba or had advised companies that have Cuban business ties.

“Everything is owned by the government – you’re basically helping the government,” said Mr. Reyes. He said he won’t budge on the position: “I’m sending a message … if I get criticized, I don’t care.”

A successful lease would turn the city-owned course into Miami Freedom Park, a sweeping commercial development anchored by a Major League Soccer stadium.

The request for letters sought “outside counsel” to assist the city attorney in the “negotiation and legal review of contract documents” for lease of the property “for the development and construction of a soccer stadium, commercial facilities, and retail complex.”

City Manager Emilio González recommended Hunton Andrews Kurth LLP. Mr. Reyes said he believes the firm has ties to Cuba and he vowed not to vote for that firm. A Hunton representative said it has no ties to Cuba.

A motion was then made to hire Fowler, White & Burnett, but that hit a snag when one of its attorneys, Daniel Milian, was found to have a conflict: he is now vice chair of the city’s Planning, Zoning and Appeals Board. Mr. Milian said he would resign from the board, but the city attorney said he still would be prohibited from work on the Melreese deal, or any city contract, for two years.

Mr. Reyes faces re-election and says he wants to vote on the lease, which thus far he has opposed. The city manager is ordered to deliver a finished proposed lease for approval by the Sept. 12 commission meeting.

“Time is of the essence. We have to have a proposal before September. I don’t want this [delay] to be an excuse,” said Mr. Reyes.

Commissioners deferred action to May 23, directing the city attorney to recommend eligible firms with the most experience in real estate deals.

City voters approved a 2018 proposal authorizing the city to negotiate and execute a 99-year lease with Miami Freedom Park LLC for about 73 acres, waive bidding, and convert Melreese to a soccer stadium, 1 million square feet of office, retail, commercial uses, 750 hotel rooms and more, and a 58-acre park.