Written by John Charles Robbins on May 8, 2019
Advertisement 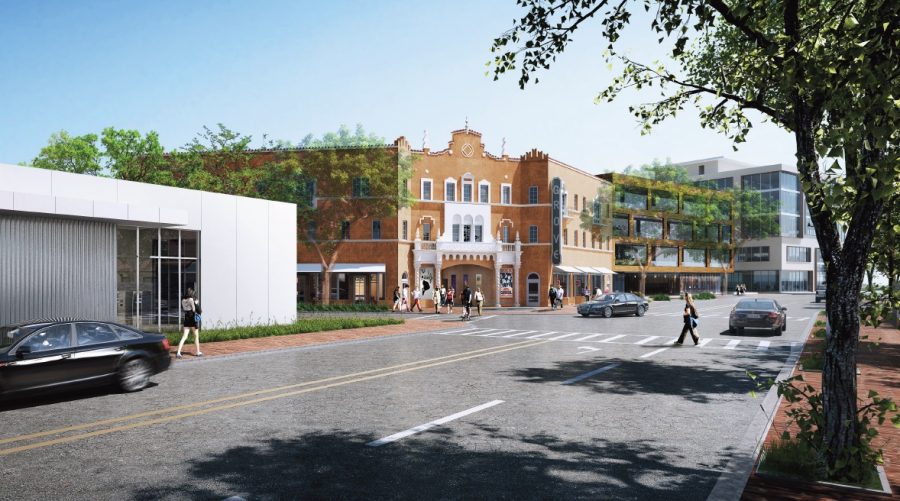 After listening to hours of public comment at a special meeting Wednesday, the Miami City Commission sided with Miami-Dade County regarding the fate of the idled Coconut Grove Playhouse.

The commission voted 3 to 2 to grant the county’s appeal of a March 5 decision by the city’s Historic and Environmental Preservation Board (HEPB), which had voted 6 to 4 to deny the county plan for the aging playhouse at 3500 Main Highway.

Voting against granting the appeal were Chairman Ken Russell, District 2 commissioner whose area includes the Grove, and Commissioner Keon Hardemon.

An earlier motion made by Mr. Russell to approve in part the appeal and deny in part – a move to save the large auditorium – failed on a vote of 2 yes, 3 no.

The commission’s 3 to 2 vote reverses the March 5 decision of the HEPB.

The state-owned theater is leased to the county and Florida International University. The lease calls for site restoration and a new modern theater run by GableStage. The county’s plan will restore the front façade building, demolish the larger auditorium and build a new 300-seat theater.

Opponents kept battling to restore the entire structure, including the 1,000-seat auditorium.

An adjacent municipal parking garage with retail liners is also part of the overall plan, to be owned and operated by the Miami Parking Authority.

The county has $23 million tucked away to revive the theater, which has been deteriorating since it shut down in 2006 after financial troubles strapped the group in charge.

The historic venue was built in 1926.