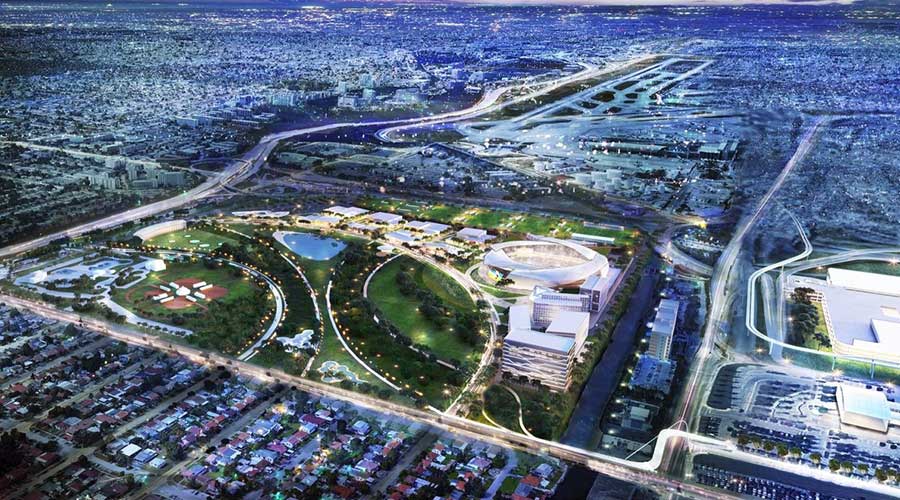 Facing a deadline crunch, Miami officials await city commission approval to hire a consultant to help negotiate the best lease with David Beckham’s group for what is today the Melreese Golf Course.

That move could come today (5/9), after the issue was deferred two weeks ago when one commissioner was out sick.

A successful lease would turn the city-owned course into Miami Freedom Park, a sweeping commercial development anchored by a Major League Soccer stadium.

On today’s agenda is a proposed resolution with a blank space for the law firm that commissioners choose from a list that responded to an emergency request for letters of interest.

That resulted from a March 14 commission directive to City Manager Emilio González and City Attorney Victoria Mendez to request letters of interest from firms nationwide with expertise on major stadium and commercial ventures.

City administrators now have roughly four months to hammer out a final ground lease for the Melreese property. The controversial matter led some commissioners to squeeze administrators to get the best deal and the ability to vote on the final lease before November’s election.

Commissioner Manolo Reyes is up for re-election and says he wants to be able to vote on the proposal, which thus far he has opposed.

On a move by Mr. Reyes, commissioners on March 14 directed the city manager to report on the status of negotiations, and to deliver a finished proposed lease for approval by the Sept. 12 meeting.

Today’s resolution authorizes retention of an outside expert “as legal consultants to work in consultation with the city attorney and to provide subject matter expertise on negotiations” between the city and Miami Freedom Park LLC.

The request for letters sought “outside counsel” to assist the city attorney in the “negotiation and legal review of contract documents” for lease of the Melreese property “for the development and construction of a soccer stadium, commercial facilities, and retail complex.”

It continued, “Proposers should be well experienced in both complex commercial real estate transactions as well as have experience in transactions involving the development, construction, financing, and leasing/sale of large-scale stadiums and/or arenas.”

Of the many firms that offered letters of interest, two major players with national operations and reputations, and with Miami offices, had attorneys address the commission April 25 before the matter was deferred.

Angela de Cespedes of Shutts & Bowen told commissioners her firm has the experience necessary to help the city get the best deal. She said the firm has negotiated hundreds of ground leases and has represented professional sports teams.

“I know what Freedom Park needs to be successful,” she said.

Steven Zelkowitz of Fox Rothschild made a similar pitch. “We’re very interested in this project and we feel we are uniquely qualified,” he said.

City voters in 2018 authorized the city to negotiate and execute a 99-year lease with Miami Freedom Park, for about 73 acres, waiving bidding, and converting Melreese to a soccer stadium, at least 1 million square feet office, retail, commercial uses, 750 hotel rooms and more, and a 58-acre park.