Advertisement
The Newspaper for the Future of Miami
Connect with us:
Front Page » Opinion » Failed bill to pry into campus minds was politically incorrect

Failed bill to pry into campus minds was politically incorrect

Written by Michael Lewis on May 7, 2019
Advertisement

The Senate last week resisted one of the worst ideas ever to taint Florida’s Legislature as one senator gravely warned colleagues that a misbegotten probe of the personal viewpoints of every public university student and faculty member in the state would “keep coming up again.”

The mandatory survey of “intellectual diversity” had already passed the Florida House, but senators had the wisdom to not get involved with the bill, which had the apparent aim of uncovering professors who push students to adopt “wrong” political viewpoints – though even the shameful bill’s House sponsor, term limited Rep. Ray Rodrigues, said he had no idea what the results of the mandatory probing of intellectual beliefs would be used for.

“Whoever the future policymakers are will have to address that,” he said.

The bill would have forced every public university to spend too much money – actually, any spending on prying into beliefs is too much – to find out what students and faculty think.

We have no beef with testing everyone on campus to see what they know – if, that is, there is a valid reason for serious testing. Universities test every day for what people know.

But there is no excuse to pry into beliefs. And the legislation would not even have decided which beliefs to pry into. 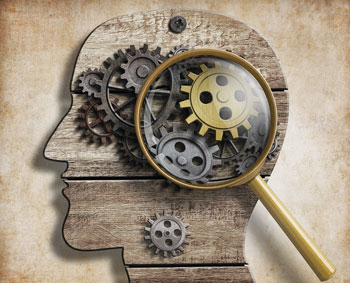 Nowhere in our society is what a person believes a determinant of advancement or status, and it shouldn’t be. The last place to pry into that is on campus, where diverse thinking should be prized.

By what test would “bad” ideas be flagged or acted upon, and by whom?

The Senate was proper in refusing to take up the question and letting it die – at least for now.

Sen. Ron Bradley applauded the Senate for keeping the intellectual ideas survey out of a final bill on higher education.

“Our history is replete with these ideas… and every time our country has gone down that road, it has ended poorly,” Sen. Bradley was quoted as saying. “That is a dangerous road to go down.”

It is indeed. As we said on this page in March in urging the Legislature to avoid the pitfall of prying into academic minds for their opinions, limiting or punishing what thoughts faculty members can espouse has been the basis for legal challenges in the past.

As we noted then, a substitute teacher who espoused beliefs in evolution of animal species just 94 years ago in Tennessee was fined $100 because the state Legislature “knew” that evolution did not exist and outlawed teaching that supported the concept. That led to the famous Scopes trial that made monkeys out of legislators.

Today, evolution is scientifically accepted everywhere, even in Tallahassee. So if this misbegotten legislation had passed, would an academic who challenged the common belief in evolution have been liable for penalties for being out of step?

The bottom line is that being in the minority on a viewpoint is not necessarily either wrong or right. The majority wins in legislative votes but not always in ideas – Einstein was pretty much all alone on his theory of relativity until thinking changed and he was left leading the majority.

If we don’t prize everywhere the concept of a diversity of ideas at play to battle things out in the intellectual marketplace, we certainly ought to prize it on campus.

Zeroing in on one “proper” idea anywhere is political correctness run amuck. The belief that few of us give credence to today might in decades ahead be the one that all the experts support – think about that substitute teacher in Tennessee.

We join Mr. Bradley in his warning to Florida legislators to keep fighting against the state putting its legislative muscle behind a list of politically correct ideas, a battle that he warned would “keep coming up again.”

State political muscle supporting the “correct” line of thinking was the way the Soviet Union and Nazi Germany and Castro Cuba oppressed their citizens. As Mr. Bradley properly warned Florida’s lawmakers, “that is a dangerous road to go down.”