Advertisement
The Newspaper for the Future of Miami
Connect with us:
Front Page » Real Estate » Coral Gables seeks downsizing of five towers in Miami

Written by Jesse Scheckner on May 1, 2019
Advertisement 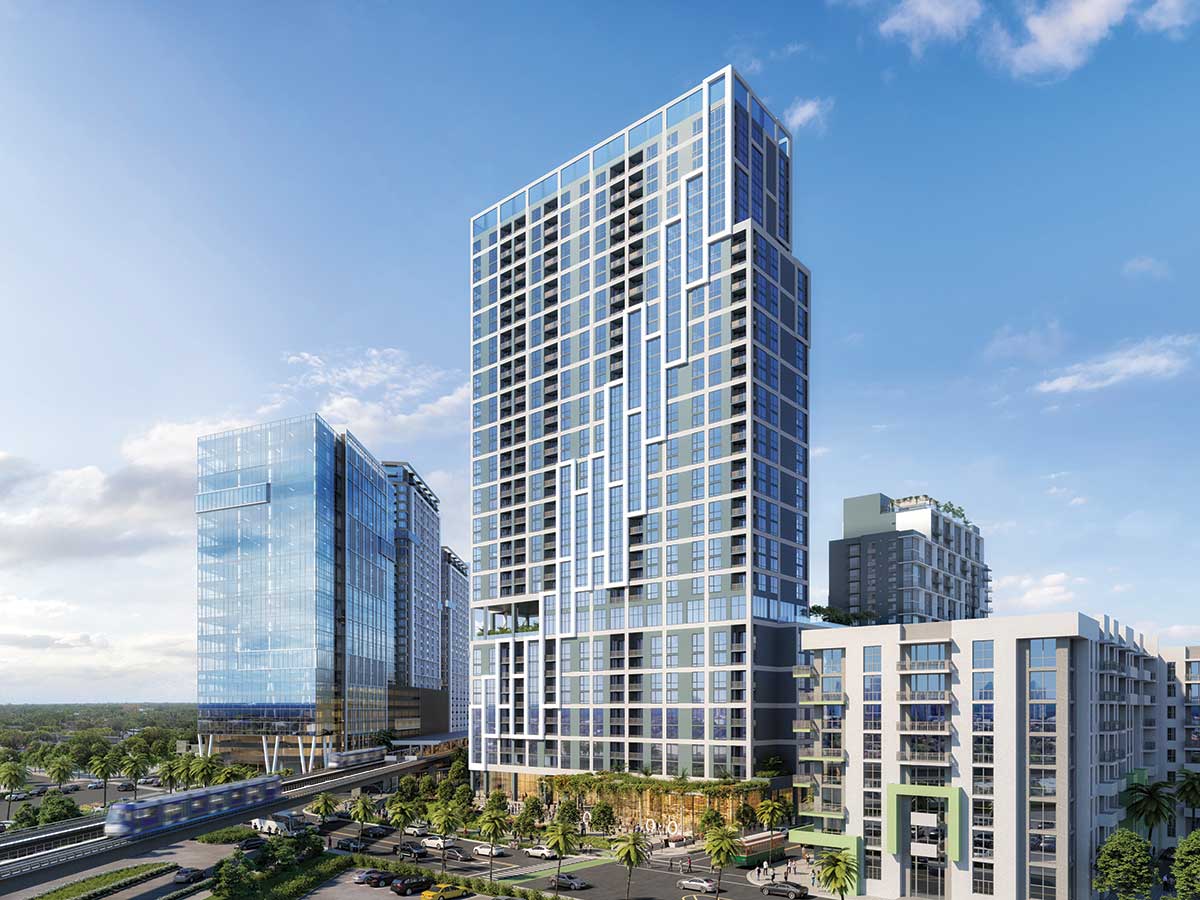 Chalking up prior non-invitations to “an honest oversight,” Coral Gables City Attorney Miriam Soler Ramos says the city still expects to talk about downsizing an immense planned project around a nearby Metrorail station with Miami-Dade commissioners “in the next month or so.”

“The last we heard from them… we had been told there would be an upcoming meeting,” she said. “We want to go speak and explain why we are concerned [about] the magnitude of the project and its impacts on Coral Gables.”

The “Link at Douglas” project will cram five towers – including 1,500 residential units, 280,000 square feet of offices and 25,000 square feet of retail space, according to county transportation spokesperson Karla Damian – into a 7.5-acre parcel containing Douglas Road Metrorail station off US 1 one block outside the city.

The project, Miami-Dade Mayor Carlos A. Giménez said in a prepared statement, will help “reduce congestion on our roadways” and provide “all the benefits of an exciting urban lifestyle without ever needing to worry about a car, parking or traffic.”

But because the county-owned land situated in Coconut Grove – leased to developers 13th Floor Investments and Adler Group – contains a Metrorail station, Miami-Dade controls zoning over the property and has final say on how it’s developed.

Adler and 13th Floor have agreed to contribute more than $17 million in improvements to the Metrorail station, including a redesign of its bus driveways and bays, passenger wait areas and shelter, and a new parking garage, according to Ms. Damian.

The firms also committed $1 million toward development of the Underline, a massive multi-municipal countywide project to transform 10 miles of county-owned land beneath the Metrorail guideway into a multimodal urban trail.

At an Oct. 25 meeting last year, Coral Gables commissioners discussed asking the county to shrink the project and, if the county refused, a potential lawsuit to stymie the development.

Since then, however, the city hasn’t moved much on the matter while the county has done so swiftly.

Preliminary site work began April 15 on the Link at Douglas’ first phase, a 22-story, 312-unit mixed development with 6,000 square feet of retail designed by Corwil Architects. Construction is expected to start in July.

Ms. Soler Ramos said despite previous talks to the contrary, Coral Gables commissioners “did not direct [her] office to research or move forward in filing a lawsuit.”

Even in light of recent development, she said, “that has not changed.”