Advertisement
The Newspaper for the Future of Miami
Connect with us:
Front Page » Top Stories » Bus terminal under casino giant’s future hotel advances 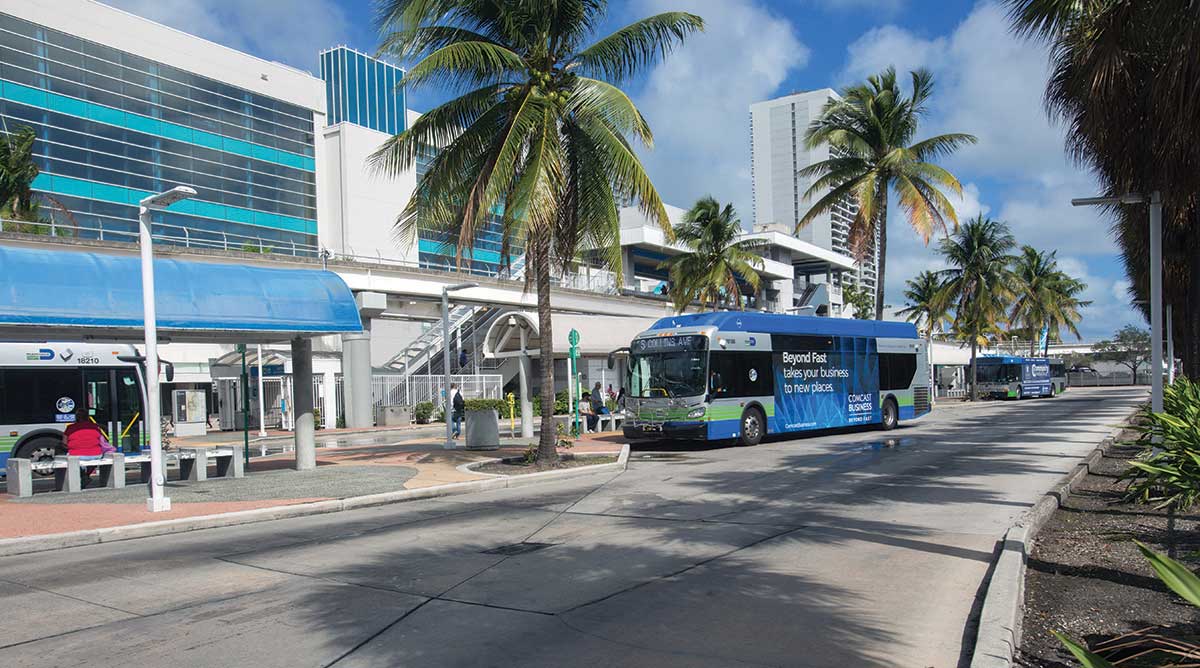 The plan for a brand new bus terminal in the Omni neighborhood has taken another step forward as the City of Miami has accepted a final plat for the property.

The city manager and city clerk are authorized to have the plat recorded in the county’s public records.

The plat was finalized after the city OK’d a street closure through the site last fall. On Sept. 27, city commissioners approved a requested street closure of Northeast 14th Terrace between Biscayne Boulevard and North Bayshore Drive.

Resorts World Miami LLC and Miami-Dade County government applied to the city for the street closure, which discontinued public use of the street.

The move consolidated the site, which is to be redeveloped with construction of a multi-million-dollar public transit project with a new hotel on top.

Vicky Leiva, an attorney representing Resorts World Miami LLC, an affiliate of Malaysian gambling giant Genting, says her client has a lease with the county as part of an agreement to redevelop the county bus station at that location.

Ms. Leiva told commissioners April 25 the street closure and replat widens the footprint of the site for the redevelopment.

Commissioners expressed some concern with the fate of several existing palm trees on the property, and added a condition that the applicants pay for relocating the trees.

A background memo on the latest action says the city’s Plat and Street Committee, composed of the Departments of Resilience and Public Works, Planning, Building, Office of Zoning, Police, Fire-Rescue, and Solid Waste, with representation of the Law Department, reviewed the tentative plat and determined its conformance to the subdivision regulations in the city code, and Miami 21 zoning rules.

The specific intent of this plat is to close the right-of-way of Northeast 14th Terrace within the boundaries of the plat, and to create two tracts of land for the expansion of the existing county Omni Bus Terminal and for future development.

The plat entitled Awana Forest is a replat of the property. The platted area consists of approximately 106,344 square feet, or about 2.441 acres.

The lease to Resorts World Miami is part of a request for proposals the county issued in 2015 to construct a glass-enclosed, air-conditioned bus terminal and renovate the Adrienne Arsht Center Metromover station.

The Adrienne Arsht Center station, formerly Omni station, opened in May 1994 near the former site of the Miami Herald and across the street from the former Omni mall, both of which Genting purchased in a push for what would have been the world’s largest gambling casino had the state legalized such gambling.

County officials say Resorts World Miami is to build a temporary bus station east of the current Omni terminal on North Bayshore Drive. The station is to take about six months to complete and be used by riders during reconstruction of the new bus terminal.

Permanent construction, to take place on seven parcels totaling just under an acre, includes a 300-room hotel and residential service apartments over the expanded bus terminal, according to county officials.