Advertisement
The Newspaper for the Future of Miami
Connect with us:
Front Page » Communities » Baywalk funds flowing from Legislature 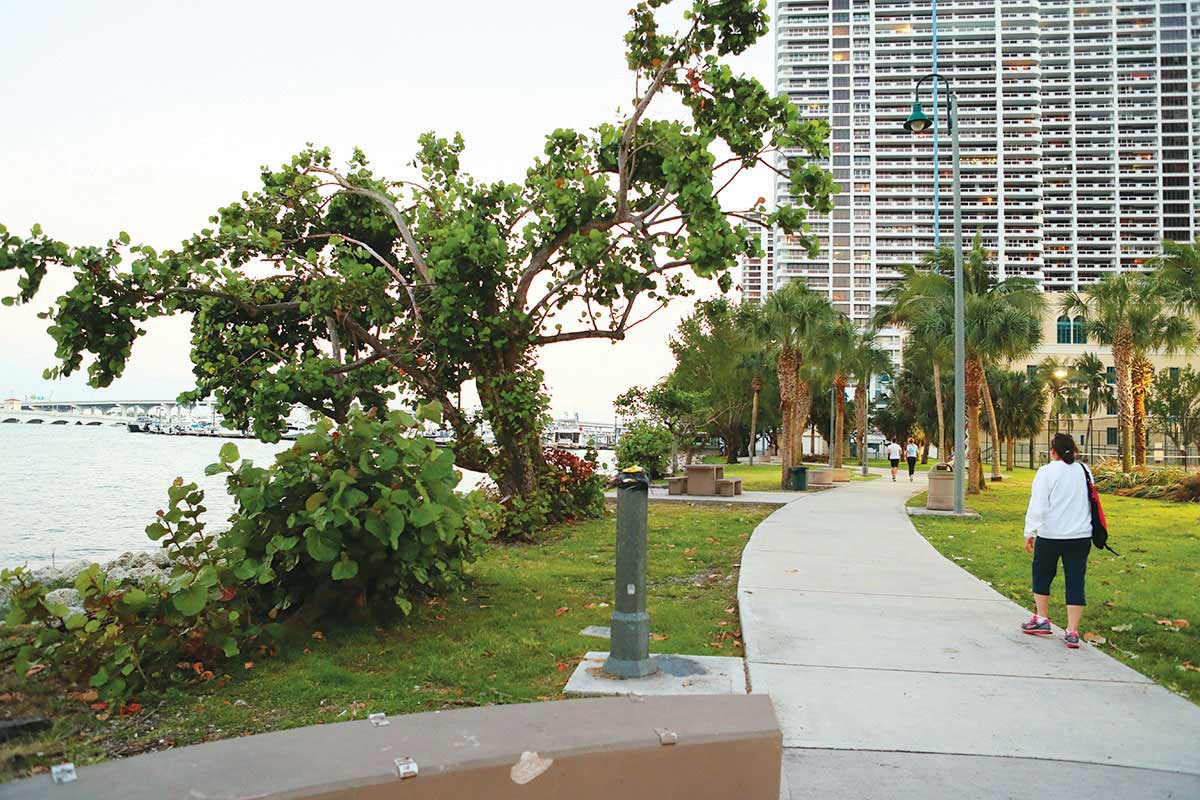 There could be some good news for Baywalk, the planned 5.7-mile pedestrian- and bicycle-friendly promenade that will hug Biscayne Bay and the Miami River. The Florida Legislature included $300,000 for the project in its 2019-2020 budget, said Elena Bondarenko, Downtown Development Authority team leader for government relations.

“It’s pretty great,” she said. “It’s now a matter of not getting vetoed” by Florida Gov. Ron DeSantis.

“The City of Miami has a $5 million ask for stormwater mitigation funds, and the city manager has been up [in Tallahassee],” said Ken Russell, authority chair and Miami commissioner.

If the city’s appeal is successful, some of the money could be diverted to Baywalk. The walkway’s future, and funding efforts, should be tied to sustainability, Mr. Russell has said. “The front message has to be resiliency, and we have to use the right vocabulary.”

That left only six missing connections along the entire path, which runs from Margaret Pace Park in Edgewater to Brickell Bay Drive in Brickell, an authority document pointed out then. Though Miami has offered to indemnify owners in return for the right to route the path through their properties, some have been reluctant. At some sites, like the space under the MacArthur Causeway overpass, there are engineering issues.

If a deal among the authority, the City of Miami, and the Super Bowl 2020 Host Committee goes through, the portion of the Baywalk along Bayfront and Maurice A. Ferré parks may be illuminated with LED lights by next February, in time for the big game.

“We’ve been seeking statements of support from homeowners’ associations, to make it as veto-proof as possible,” Alyce Robertson, authority executive director, said Friday of this latest attempt to get funding.

One Response to Baywalk funds flowing from Legislature