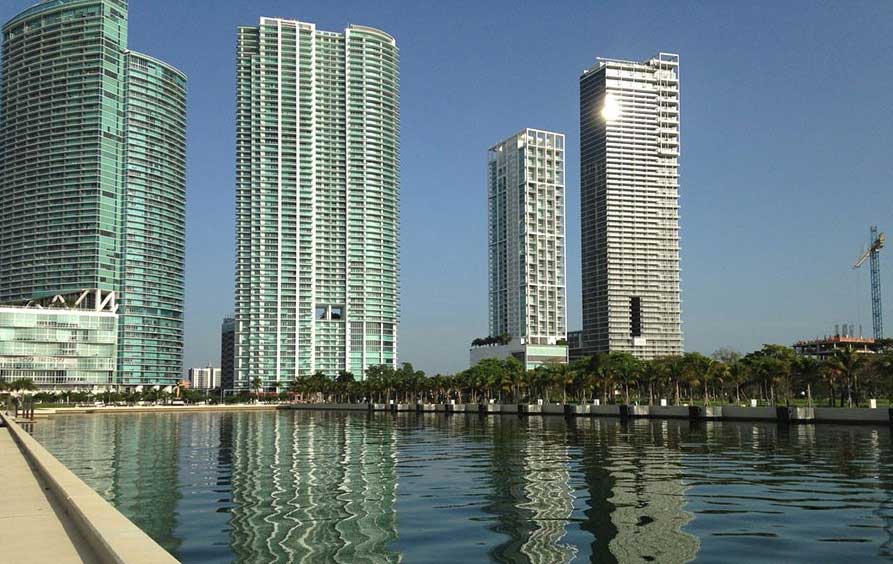 Miami City Commission Chair Ken Russell is ready to move on his vow to protect the city’s Maurice A. Ferré Park and adjoining FEC Slip from commercial development.
A proposed resolution from Mr. Russell to limit uses there to only park and other green space is on today’s (4/11) commission agenda.

The topic of city park land being impacted by commercial uses arose two weeks ago when com-missioners debated adding “amusement ride” as a use allowed by exception with commission approval within the Civic Space Transect Zone.

The zoning amendment was proposed when Bayside Marketplace asked to place a Ferris wheel on its waterfront site, which it leases from the city. The large commercial venue is adjacent to Bayfront Park and fronts Biscayne Bay.

Commissioners heard from several residents opposed to the zoning change, some fearing it would open the door to amusement rides in all city parks.

Chief among opponents is Maurice A. Ferré, a former long-time city mayor, who begged commissioners by letter to save the waterfront, including the park recently renamed in his honor.
“My request… to all of you is to please assure that all the Bayfront parks have no possibility of becoming Miami’s Coney Island. At the very least please delete the amusement rides from the Maurice A. Ferré Park,” he wrote.

On March 28, commissioners made clear there will never be a Ferris wheel in Ferré Park, voting unanimously to withdraw the proposal.

The resolution calls for “limiting the use of the areas known as Maurice A. Ferré Park and the Florida East Coast Railway (FEC) deep water slip to only park and other green space uses for the pleasure, recreation, and education of the public, thereby protecting the park and FEC slip from any commercial development; directing the city manager to implement the policy as stated herein.”

The resolution is contrary to an active city solicitation for private companies to develop a marina, restaurant and ship’s store “at Federal East Coast (FEC) Slip at Maurice A. Ferré Park.”

The city’s Department of Procurement issued that request for proposals Jan. 18 on behalf of the Bayfront Park Management Trust, which oversees Bayfront Park and Maurice A. Ferré Park.

The 39-page document seeks proposals due April 18 for long-term lease of city-owned waterfront.

Mr. Ferré doesn’t like that. He wrote on March 25, “…the City has allowed the Bayfront Parks Trust to put out an RFP that could bring major commercial development, not only to the slip, but to the green area adjacent to the slip in the Maurice A. Ferré Park. This is extending Bayside and the commercialization of the parks on both sides of the American Airlines Arena on Biscayne Boulevard.”