Advertisement
The Newspaper for the Future of Miami
Connect with us:
Front Page » Government » County backs bill to expand police use of drones

County backs bill to expand police use of drones 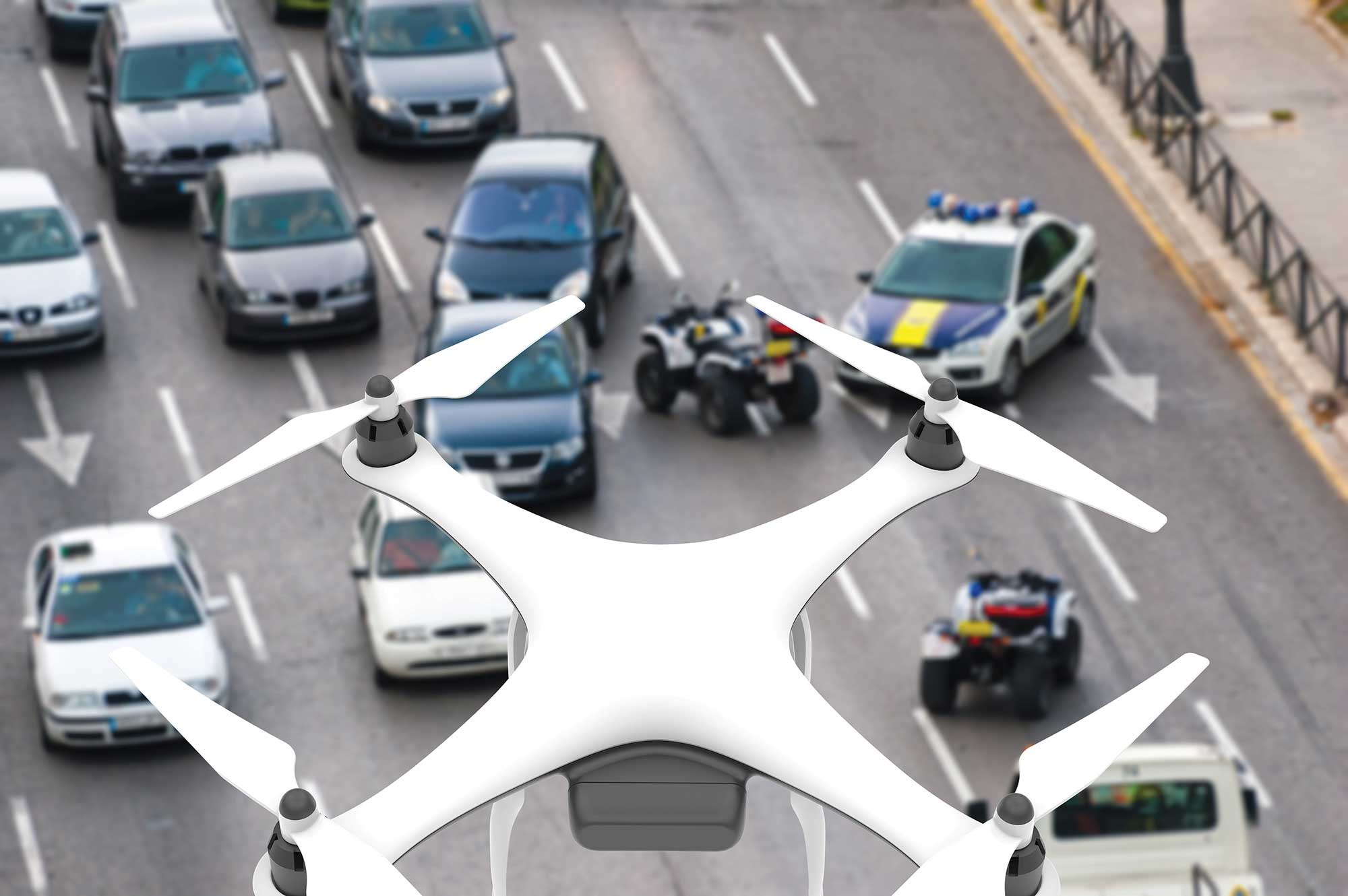 Miami-Dade lawmakers have thrown their support behind twin bills moving through the Florida Legislature that, if enacted, would expand police and governmental use of unmanned aircraft – or drones – across the state.

Two pairs of bills now moving through the state’s legislative chambers aim to broaden drone use provisions by law enforcement and state and local agencies.

However, bills filed by Republicans Sen. Joe Gruters and Rep. Clay Yarborough are more “expansive and useful for law enforcement” than those filed by Democrats Sen. Darryle Rouson and Rep. Susan Valdes, the county item sponsored by Sally Heyman and co-sponsored by Jose “Pepe” Diaz states.

Commissioners on March 19 voted 13-0 in favor of that item, which says drones “have proven useful to law enforcement agencies throughout the county in searching for missing persons, reconstructing accident scenes and assisting in active shooter, hostage or barricaded suspect incidents.”

Florida law prohibits drone use by police in gathering evidence or other information except in extreme circumstances or when swift action is needed to prevent death.
Under current provisions, drones may be used to counter terrorist attacks, prevent imminent danger to life or serious damage to property, stop the escape of a suspect or destruction of evidence, facilitate missing person searches and aid in judge-authorized search warrants.

The proposed statewide use expansions would allow drones in:
■Assisting police in crowd control for events or gatherings involving groups of 50 or more people.
■Helping police with traffic management but not in collecting evidence to enforce traffic infractions.
■Facilitating police collection of evidence at a crime or traffic crash scene.
■Supporting state agencies or political subdivisions in assessing damage from floods, wildfires or other natural disasters, or for vegetation or wildlife management on publicly owned land.

The expansions proposed by Democrats, in contrast, would restrict drone use to events with crowds of more than 100 attendees and not allow them for traffic management, crime scene evidence collection or assessing damages done by natural disasters.

Ms. Heyman said Monday that she had remained watchful of drone technology and associated legislation. The new state laws would broaden how they could be used but not at the expense of personal freedoms.

“What you’ve seen with this technology is a legitimate value to engage this type of tool for additional law enforcement needs,” she said. “People argued when Boston was putting in their cameras. They said, ‘We’re not New York.’ Ironically, it was those cameras that identified the [Boston Marathon bombers] all the more quickly.”

Further, she said, it would provide the county with a better means by which to assess damage after natural disasters in real time and devise the best strategies by which to address it.

“It’s an incredible tool accepted by FEMA [and] insurance companies,” she said. “I’d like to have it in our toolbox even if we’re not readily going to use it, [and] if it’s misused it’ll be an exigent thing… they can either do a glitch bill for or take [to the courts].”

General distrust of a governmental “eye in the sky” notwithstanding, Miami-Dade residents’ trepidation about the technology can be traced to as recently as 2017.

Early that year, the Miami-Dade Police Department applied for a Department of Justice grant to begin using airborne wide-area surveillance tools, similar to those used in the Iraq War, in the county’s Northside district.

That June, Police Director Juan Perez was scheduled to ask county commissioners to retroactively OK the move. But less than a week later, citing community criticism and privacy concerns, he pulled the proposal and funding application.

Miami-Dade Police Lt. Orlando Villaverde told CBS at the time that the cost of the technology had dropped “immensely.” Using a helicopter cost up to $1,000 an hour, he said, but “you can operate these unmanned aerial systems for less than $25.”

Drones are also significantly quicker to use, Mr. Diaz said, but present legal strictures require that police or county personnel obtain a court order prior to flying them in investigating an accident. If the bills pass, that hurdle would be eliminated.

“It would help tremendously with the time factor,” he said. “You have a bad accident, and all of a sudden it’s about to start raining. By the time you get a court order, things change.”

While police drone use remains restricted across the state, that hasn’t stopped some cities from using workarounds. In late December 2018, Miami Beach police flew a small, tethered dirigible over an event connected to the Orange Bowl to track its 15,000 attendees, according to a Jan. 3 letter City Manager Jimmy Morales sent to city commissioners.

Mr. Yarborough in February told Orlando’s WMFE that several counties in the state, including Miami-Dade, were “doing their own thing interpreting what they can and can’t do with a drone, whether it’s law enforcement or a recreational user.”
His item, he said, would set “some definition and [end] this patchwork quilt of stuff going on in each county.”