Advertisement
The Newspaper for the Future of Miami
Connect with us:
Front Page » Profile » Johann Zietsman: Positioning Arsht Center to meet Miami-Dade’s needs 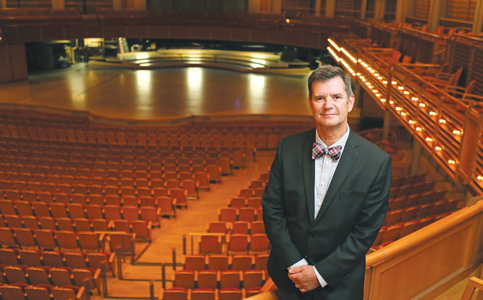 Johann Zietsman has a burning question. Since starting in February, the new president and CEO of the Adrienne Arsht Center for the Performing Arts has asked everyone – leaders, stakeholders, friends, board members and sponsors of the center as well as attendees and South Florida residents – about what makes Miami tick, where the city’s headed and what, of its myriad unique qualities, is its most distinctive characteristic.

The answer, he said, isn’t world-class art: “That answer applies to many places.”

It could be Miami’s comparatively short history that allows it to develop more rapidly than areas more deeply steeped in tradition. It could be its diversity. Or maybe it’s the mood – that feeling he said he senses of a city on the precipice of a next big chapter. Possibly it’s all three, or more.

To get the right answer, he plans to launch a “strategic thinking process” with the center’s full staff, host public focus groups and continue pursuing his query in every conversation.

“In 2025, we [will be] invited to the White House [to receive] a special award,” he said. “As the president calls us to the podium, she says, ‘I’d like to thank the Arsht Center [and] congratulate them.’ But for what?”

Over the next year, he said, he’s going to find out.

Mr. Zietsman sat down with Miami Today reporter Jesse Scheckner. The interview, recorded by Jahmoukie Dayle, can be found Friday at https://bit.ly/2UdTyGr.