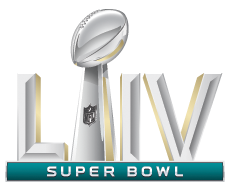 The presentation opened with a short video about Miami’s diverse music and art scene that was voiced over by hip-hop and pop star Pitbull. This “hype” video will get at least 500 million views, said Brian Bishop, vice president of the Miami Super Bowl 2020 Host Committee.

The game is projected to generate a significant economic impact, much of it downtown, he said.

In the week preceding the game, Super Bowl Live, a free event, will occupy Bayfront Park, drawing and estimated 1 million visitors. Players will stay at the Hotel InterContinental and JW Marriott Marquis, generating $245,000 in additional room-night revenues. The NFL is in negotiations to use the AmericanAirlines Arena for some functions, and other Super Bowl-related events will be held at the Adrienne Arsht Center and the Ice Palace.

The NFL has awarded the City of Miami a $200,000 legacy grant that the city must match, but the $300,000 that’s being requested from the downtown agency is separate from that.

“It’s a big ask,” said Ken Russell, authority chair and Miami commissioner. “The DDA has a lot of priorities we’re dealing with.” He suggested that the authority consider some funding, but tie it to the installation of LED light along the proposed Baywalk. “This is something they leave behind.”

“Keep in mind there are benefits to the DDA” in allocating the money. “We need your support to do the things we say we’re going to do. We can’t it without you,” Mr. Bishop said. Miami-Dade, Broward and Palm Beach counties have kicked in money or plan to, he said. In past local Super Bowls, Miami Beach has received most of the media coverage, apart from the actual game, he said. This year, he said, it could be downtown’s turn.

“When people from outside the area think of Miami, they think of Miami Beach,” said Mike Zimmer, president of the Miami Super Bowl 2020 Host Committee. “But the action has moved from Miami Beach.”

“Super Bowl Live is our premier activation,” Mr. Bishop said. “Bayfront Park is going to be the centerpiece of the action.”

“The DET team narrative serves us well,” Mr. Russell said. “If we can grow the DET team, that’s a leave-behind. If we’re going to invest, what are we getting for our money?”

Authority board member Philippe Houdard, founding partner of Pipeline Workspaces & Skybank Financial, asked about the economic impact Super Bowl has had in other host cities.

“We can provide that data,” Mr. Zimmer said. “But we’ve had three cold Super Bowls. People want to be here in February.”

“It’s going to be great for the city, especially since most of the action will be here,” Mr. Houdard said. He asked how the host committee had come up with the $300,000 amount. “This is very substantial for us.”

Most of the requests the host committee has made to cities or tourism entities have been in seven digits, Mr. Zimmer said.

“It’s going to be a nightmare for residents,” said authority board member Eileen Higgins, a county commissioner whose district includes downtown. “We need to be sure the benefits are a counterbalance to that.”

Whatever the authority does, it should provide leverage to its efforts to lure businesses in, Mr. Hollo said.

“There’s a will here to be at the table and to contribute, but some sort of guarantee is a good idea,” Mr. Russell said.

“We can commit $100,000, and I feel comfortable with that,” said Alyce Roberson, authority executive director. “But we would like more specificity.”

It was decided that the authority’s Enterprise Committee and the Urban Placemaking Committee meet to come up with an appropriate donation, and desired conditions, and present it to the host committee in April.