Advertisement
The Newspaper for the Future of Miami
Connect with us:
Front Page » Government » Miami seeks proposals for major bayfront development 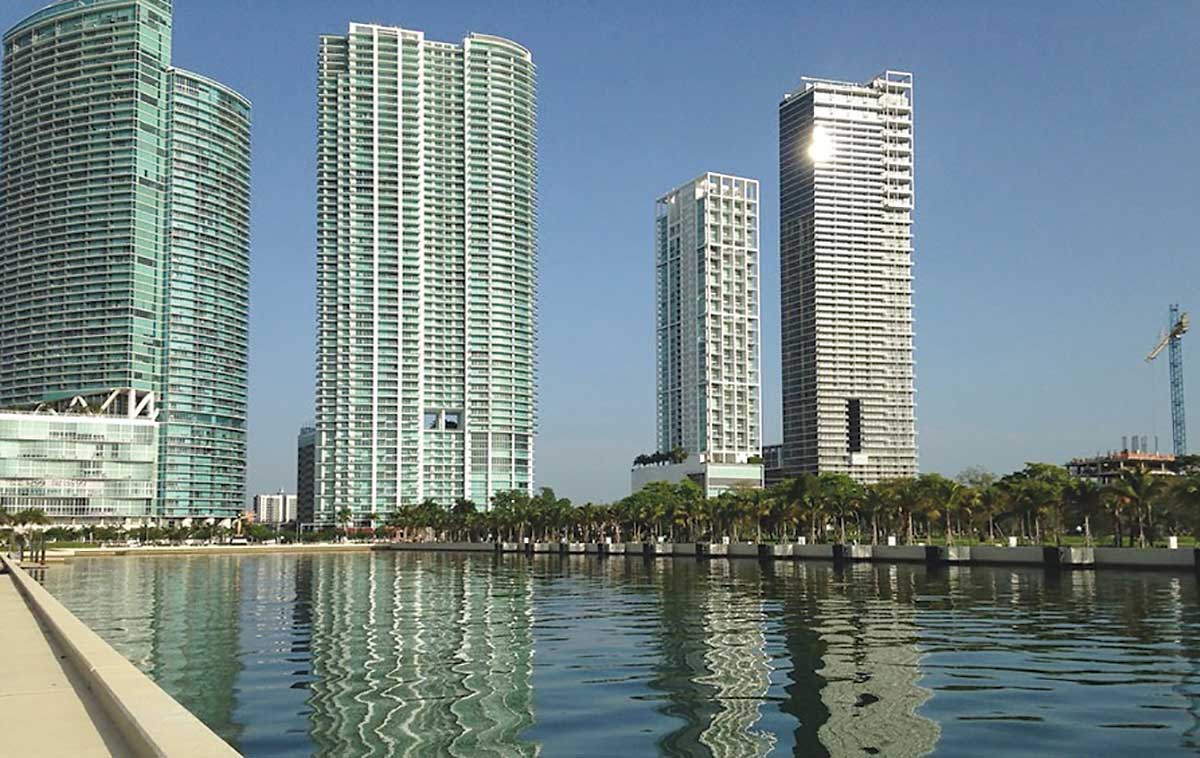 Maurice A. Ferré, a long-time City of Miami mayor, is not happy that the city that just renamed a waterfront park in his honor plans major redevelopment of adjacent city-owned property, including what’s known as the FEC Slip downtown.

In a March 25 letter to the mayor and city commission, Mr. Ferré voices objections to a plan to put a Ferris wheel at Bayside Marketplace, and to an active request for proposals for a marina and commercial development of the FEC Slip.

The slip – part of the city’s former seaport – makes up the southern border of the former Museum Park, renamed the Maurice A. Ferré Park by commissioners in December.

On the other side of the slip is AmericanAirlines Arena, on county-owned property.

In his letter, Mr. Ferré describes both the proposed zoning amendment to allow a Ferris wheel and the formal request for proposals for the FEC Slip as alarming.

He wrote: “… the City has allowed the Bayfront Parks Trust to put out an RFP that could bring major commercial development, not only to the slip, but to the green area adjacent to the slip in the Maurice A. Ferré Park. This is extending Bayside and the commercialization of the parks on both sides of the American Airlines Arena on Biscayne Boulevard.

“Just like I don’t think this community wants Ferris wheels in our bayfront, neither do we want the USS United States or any other major tourist restaurant distraction to once again remove the little green area that we have left, and most especially an open view to Biscayne Bay, our Central Park,” Mr. Ferré wrote.

The city park bearing his name, earlier called Bicentennial Park, is on Biscayne Boulevard. It’s bordered on the south by the FEC Slip and AmericanAirlines Arena, on the west by Biscayne Boulevard, and on the north by the Pérez Art Museum Miami and the Phillip and Patricia Frost Museum of Science. The eastern edge runs alongside Biscayne Bay and has an established public baywalk with landscaping, lighting, a walkway and benches.

Mr. Ferré uses his letter to plead with current elected officials to save the city’s public open spaces and parks. He admits to being a pro-growth mayor and making mistakes when it came to considering the impact of growth and development on the expanding city.

The request for proposals was issued Jan. 18 by the city’s Department of Procurement, on behalf of the Bayfront Park Management Trust, which oversees Bayfront Park and Maurice A. Ferré Park.

The 39-page document requests proposals for the lease of city-owned waterfront property “for, but not limited to marina/restaurant/ship’s store uses” located at Federal East Coast (FEC) Slip at Maurice A. Ferré Park, 801 Biscayne Boulevard, and is also known as “FEC Slip RFP”.

Jose Gell, interim executive director of the park trust, wrote in a cover letter: “The goal of this RFP is to create a vibrant recreational space, whether, but not limited to, a marina and restaurant destination with an ancillary ship’s store facility for City residents, guests, and visitors.”

Proposals are due April 18.

Development capacity and program for this site are regulated by the City of Miami Comprehensive Neighborhood Plan and the Miami 21 Zoning Code.

The RFP says the proposed lease would have a 50-year initial term, with two 15-year renewal terms.

Rent requirements: “RFP Proposals shall include a minimum base rent equal to or greater than Three Million Dollars ($3,000,000) annually (“Base Rent”). Commencing on the fifth anniversary of the Effective Date of the Lease and on each fifth anniversary thereafter during the Initial Term and any extensions or renewals, the per annum Base Rent amount shall be adjusted to the greater of: an increase by three percent (3%) of the previous year’s Base Rent, or an increase based on the amount indicated by the Consumer Price Index as of three (3) months prior to the beginning of the applicable adjustment date.”

City voters will have a say in the proposed development.

The RFP says the city charter requires that any lease that the city commission approves pursuant to the RFP “shall not be valid unless approved by public vote through a referendum process.”

The document says the property may be subject to deed restrictions by Miami-Dade County. If the county requires approval of the site plan or any other component of the RFP, the successful proposer will be responsible for pursuing those approvals at its own expense.

In the last year or so, city commissioners have repeatedly debated how to increase revenue to the city to help keep up with rising expenses and be available for needed improvements, particularly for affordable housing and improved transportation.

Commissioners have lamented that existing leases and contracts aren’t bringing in nearly as much money as they should to the city.

In his letter, Mr. Ferré said he understands the need to monetize city holdings.

“I am in full agreement with those on the Commission that it is important to monetize, as much as possible, those underused assets of the City of Miami that can be properly monetized. The operative word here is properly,” he wrote.

“We had, over my tenure, acquired and amassed an impressive and sizeable inventory of properties so that we now have park area all the way from the MacArthur expressway bridge on Biscayne Boulevard to the Miami River. Just the FEC property, as I remember, ended up costing us $37 million, in 1980’s dollars. The gains of these now public properties was at great expense and sacrifice for the city.

“These properties developed into institutional concrete buildings blocking the view of Miami’s Central Park, Biscayne Bay. We acquiesce from one concrete block to the other on the bay. Enough is enough!

“It’s time for us to recognize, in our quest for monetizing beauty, that just the presence of an open green area has an irreplaceable price which has no simple calculation on a computer,”  Mr. Ferré wrote.