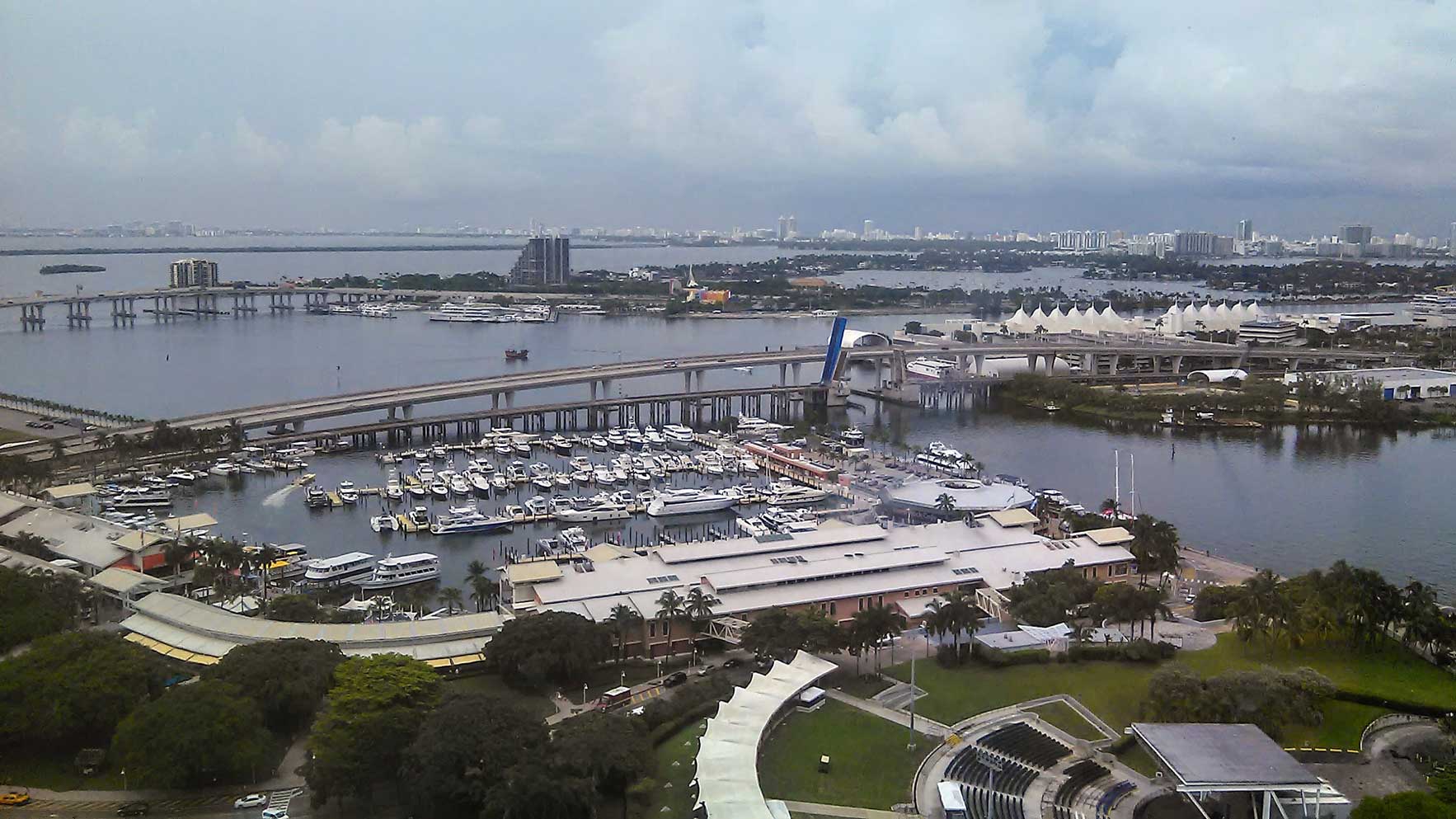 One of Miami’s most revered and celebrated former mayors, Maurice A. Ferré, this week delivered a strong message to current leaders at City Hall: Save the waterfront.

In a detailed, four-page March 25 letter sent to Mayor Francis Suarez and all five commissioners, the long-time mayor and community leader pleaded with them to protect public open spaces and parks.

Mr. Ferré also voices opposition to a plan he fears will open up more of the Biscayne Bay waterfront to major commercial development involving the FEC Slip, a former seaport docking site that fronts the south end of a city park recently renamed in his honor – the city commission in December renamed Museum Park as Maurice A. Ferré Park.

The first item is a proposed zoning amendment to add “amusement ride” as a use allowed by exception with city commission approval within the Civic Space Transect Zone. Commissioners approved it preliminarily Jan. 24, after several people spoke in favor of the change, saying a sky wheel at Bayside Marketplace would be an iconic landmark.

The proposal is on today’s (3/28) commission agenda for a final vote. In his letter, Mr. Ferré cautions commissioners against approving it.

“This would open up all our waterfront parks to become a Miami ‘Coney Island,’” he wrote.

“My request … to all of you is to please assure that all the Bayfront parks have no possibility of becoming Miami’s Coney Island. At the very least please delete the amusement rides from the Maurice A. Ferré Park,” he wrote.

“For all of my 19-year tenure as a City of Miami Commissioner, City of Miami Mayor, and subsequently Miami-Dade County Commissioner, I heard what I thought was the long-winded litany of Miami’s need for more usable parks for its residents. Miami was at the bottom in all the statistics of parks per resident, and parks per square mile in the country.

“One of my regrets and a shortcoming of my tenure in office was not having paid more attention to the need of a greener Miami,” Mr. Ferré wrote.

He said he had been a pro-growth mayor and listed examples, including being a proponent of development of Bayside.

“Now, at age 83 and, obviously, towards the end of my life, I have finally awoken to the reality of the truth of our need for more green parks,” he continued. “Organized parks include activities that attract people to the park, but that cannot be at the expense of open green areas.”

He said he fully agrees with commissioners who are striving to monetize city-owned property to bring in revenue for city improvements, but said those assets must be monetized properly.

“Since I was one of the culprits, if not the main culprit, let me plead with you to be stronger and wiser than I was, and spare the little area that we have left as green space along Biscayne Boulevard in Downtown Miami.

“Please reject these and future requests to further intrude by again improperly monetizing our beautiful series of parks along the waterfront and river of Downtown Miami,” Mr. Ferré concluded.