Advertisement
The Newspaper for the Future of Miami
Connect with us:
Front Page » Communities » Miami Beach OKs bonds for 38 projects 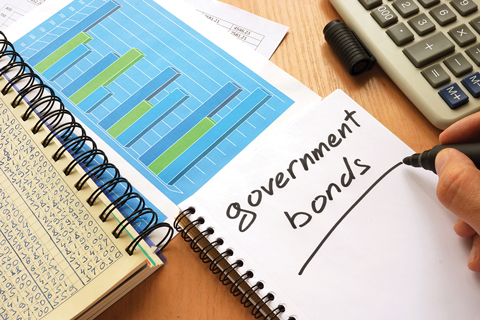 Miami Beach has approved the first tranche of $153 million of a $439 million general obligation bond issuance. The city plans to undertake 38 of the 57 projects the entire bond program is to fund.

The tranche is to fund 38 projects across the city. The budget from the bonds for the next two to three years includes $87.7 million towards parks, recreational and cultural facilities; $36.9 million for police, fire, and public safety; and $28.4 million towards neighborhoods and infrastructure.

The new bond program for $439 million will be authorized in four tranches, or pieces, over a span of 10 to 12 years amounting to the total. The first, which city commissioners approved last week, allows the city to work with $153 million. Chief Financial Officer John Woodruff said the next tranche will probably be close to $100 million, the third another $100 million and fourth $80 million.

“We will evaluate that every year as we move on in time,” he said.

The first tranche goes towards paying for citywide improvement projects as well as debt on an earlier bond issue. The last citywide bond program of $92 million dates to 1999. The city later asked for two tranches, the first issued in 2000 and another in 2003. Debt from the 2003 issue hangs over the city.

Last week’s commission approval to issue the first bonds comes on the heels of the November citywide vote that approved a general obligation bond program that targets in total $169 million towards parks, recreational and cultural facilities; $198 million towards neighborhood and infrastructure improvements; and $72 million towards police, fire, and public safety projects.

Taking on more debt in the bond issuance will allow the city to address quality of life projects sooner rather than later, Mr. Woodruff said.

“We have in our ongoing budget around $7 million a year that we can address smaller needs, but if you want to do something like replace a fire station that costs $10 million, we would kind of have to save money like you would in your home checking account,” he said. “You would have to save money for years to be able to do just that one project. When you finance these projects with a G.O. [general obligation] bond, which is the cheapest and most common way for cities to finance their infrastructure, we’re able to implement a lot of projects and at the same time it takes around 10, 20 years.”

The city will also save more. Mr. Woodruff said that by using some of the proceeds of the new bonds the city can re-pay earlier debt from past bonds at a lower interest rate and save $6.2 million over the life of the bonds.

“It’s a lot like if you own a home and you had a home loan,” he said. “Let’s say it was at 6% when you purchased the home and got that mortgage, let’s say eight years ago, whereas now you can go out and refinance your loan and pay 4% instead of 6% over the life of the loan. You will save a bunch of money. G.O. bonds are long-term debt, very similar to a mortgage on a house.”

The prioritization of 21 “Quick Win” city projects amounting to $39 million promises to provide results in the next 12 to 14 months.

The benefits come at a price for the city’s homeowners – they will see a continual increase in their property taxes for the next 10 to 12 years. The total increase once all the bonds are issued is estimated at $82 for every $100,000 of the property’s taxable value. The associated tax rate will be adjusted each year and the debt service tax will be incorporated slowly with each passing year.

The impact over a 12-year period fluctuates this way:

Mayor Dan Gelber urged the city’s team to inform the public on the plans, reassuring north Beach and mid-Beach residents that promises will be kept and benefits are coming their way. Mr. Woodruff said in last week’s meeting that north Beach is a priority – the area receives the largest share of funding from the first two tranches of bonds.

Residents of north Beach expressed concern about plans for a new community center that will offer an Olympic-sized pool and other amenities. They wondered whether the designated $10 million from the first tranche will suffice.

Maria Hernandez, the project director for the Convention Center District, said funding will cover laying the groundwork and design plans for the building.

“We have a lot of utilities that have to be relocated on the site,” she said. “There is a sanitary sewer line that is pretty large. I think it comes all the way from Bal Harbour. That is a substantial amount of work that is going to have to happen just for that, without the building itself. The building is complex.”

Commissioner Ricky Arriola urge the city team to move as fast as possible on all items.

“We owe it to the public to get these projects done,” Mr. Arriola said. “It is really important to reassure the public that we want to get these things done just as badly as all of you do.”

The city team is now to schedule implementation of the 39 projects across the city. Members are to return with an executive plan at the next commission oversight committee meeting April 18.

Mr. Woodruff urged those seeking to stay in the loop to check the soon-to-be-updated GOMB2018.com for information.