Advertisement
The Newspaper for the Future of Miami
Connect with us:
Front Page » Real Estate » ‘Fantastic deal’ with Federal Express at Miami International Airport 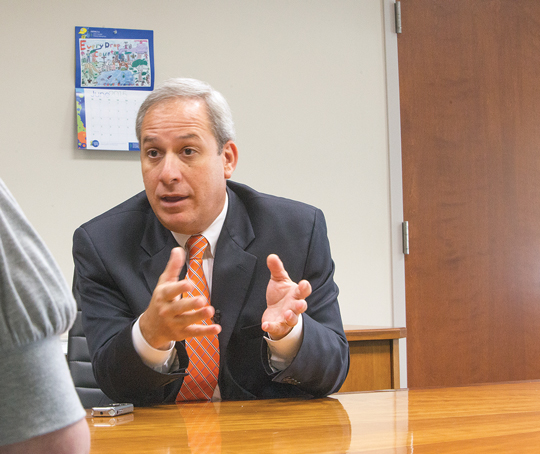 Commissioners unanimously and without discussion OK’d the deal March 19, just six days after it cleared the county’s Transportation and the Ports Committee.

Rebeca Sosa, the item’s sponsor, called it “a plus-plus” for the county and agreed to fast-track the item to a full vote Tuesday.

Deputy Mayor Jack Osterholt wrote that the second amendment to the county’s development agreement with FedEx and Aero Miami:

■Provides for expansion of the existing facility at 6100 NW 36th St. on the airport’s northwest corner.

■Requires Aero Miami to invest a minimum of $26 million in the project in addition to paying the county advance rent for the existing facility due over the extended lease term.

■Holds FeEx and Aero Miami jointly liable under the terms of the lease for 20 years after expanded facility construction reaches “substantial completion” or when Aero Miami occupies the facility for its intended use.

FedEx in 1999 entered into a development lease with the county to build and operate a domestic and international distribution center at Miami International Airport.

That lease was amended in 2002 to give the company extra time to assign the land to developer SFAP Ltd., which was to build the center and lease it back to FedEx for 25 years.

SFAP finished construction of the facility on a 23.37-acre site March 26, 2004, commencing the lease term. Five months later, SFAP assigned its interests under the lease to Aero Miami, the lessee ever since.

On June 7, 2017, Aero Miami – listed by Sunbiz.org as a limited liability company headquartered in Annapolis, MD – exercised its right to add a 5.95-acre parcel on which to build an expanded facility subleased to FexEx, increasing the total lot size to 29.32 acres.

Over 32 years, Mr. Osterholt wrote, Miami-Dade will receive revenue in building, land and pavement rents from existing and expanded facilities and areas including:

■$63.6 million for rent of existing facilities on about 1 million square feet of land.

■$13.5 million in building rent for the existing facility due from March 2029 through 2050, the payment plan for which will be presented to the Miami Airport Affairs Committee for review “so that such payment does not impact the level of landing fees in the subsequent year.”

No building rent is due for the expanded facility, Mr. Osterholt wrote, because Aero Miami is building it at its own expense.

The multinational delivery service can terminate its sublease within 18 months of the second amendment’s effective date – at which time Aero Miami must restore the existing facility to conditions prior to new construction – and has a 10-year renewal option once its 20-year lease expires.

If the company foregoes that option, Mr. Osterholt wrote, “Aero Miami must make reasonable efforts to obtain a new subtenant.”

In the event Aero Miami fails to secure a new sub-lessee, he continued, the county may terminate the second amendment “for abandonment.”

Miami-Dade also reserves the right to terminate the deal if it determines Aero Miami breached any of the county’s nondiscrimination covenants.

Mr. Sola, who called the deal “a significant improvement” for the airport’s e-commerce and cargo throughputs, said the expanded facility’s aesthetics, where publicly visible, will be consistent with the airport’s overall design, adding, “We’re definitely incorporating architecture features that will help define [Miami International Airport].”