Advertisement
The Newspaper for the Future of Miami
Connect with us:
Front Page » Government » PortMiami dredging hinges on Army Engineers test simulation 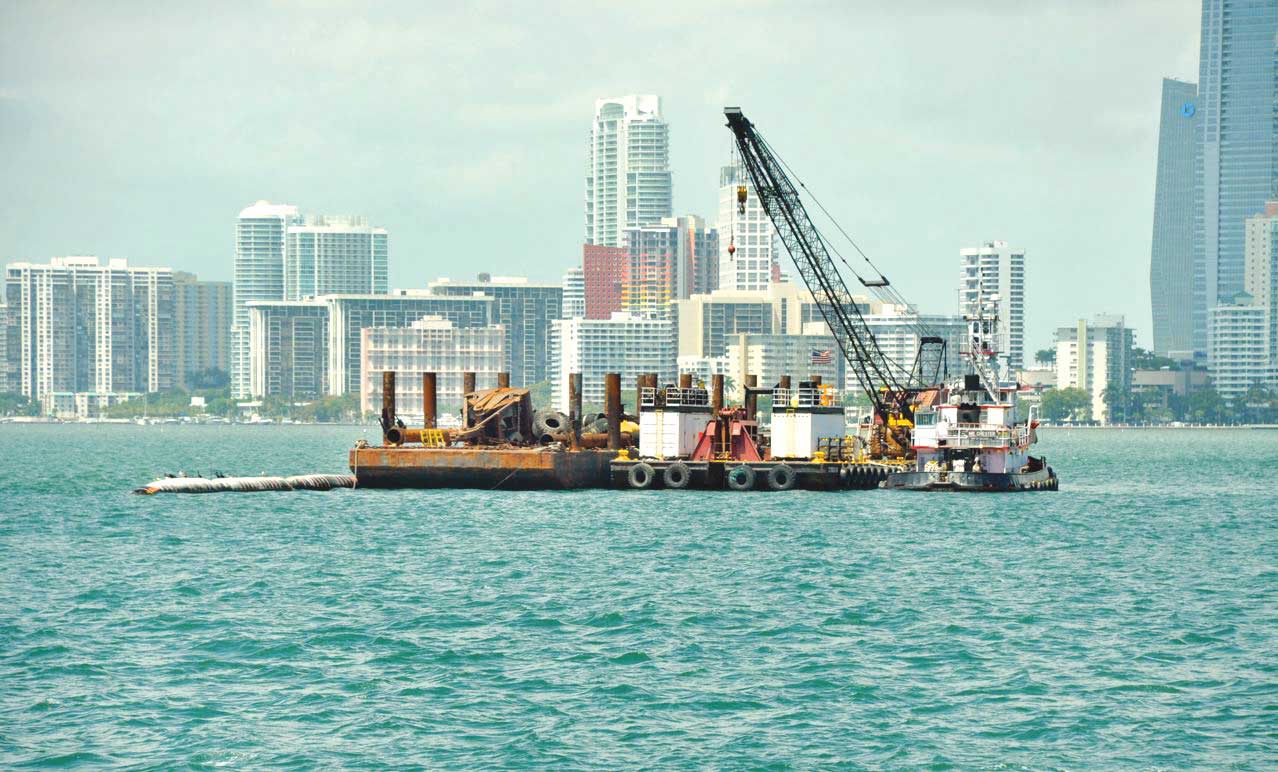 The decision on whether to proceed with another round of dredging at PortMiami will depend on results of a harbor simulation at an Army Corps of Engineers testing facility, part of  $3 million study of the port, Corps personnel said last week.

Miami-Dade commissioners in July authorized the county in fully funding the three-year study, which commenced in September when the Corps executed the agreement.

A month later, the Corps hosted a public meeting to discuss the project’s scope and a potential timeframe if additional dredging is warranted.

The Corps is now running a hydrodynamic model demonstration “to evaluate necessary design changes to the channel,” including feedback on the effects of different deepening and widening measures, said project manager Laurel Reichold.

“What we do is perform ship simulations where we [invite] the harbor pilot to our Engineering Research and Development Center [in Vicksburg, MS], and they go into an actual simulator and simulate bringing in ships – different sizes [depending on their purpose],” she said.

Findings from the simulation, said planning lead Ashleigh Fountain, will help the Corps to accurately estimate potential costs based on benefits developed through additional dredging, as determined by economists analyzing variables such as how long vessels take to enter, load and unload, turn and leave the port.

Those variables and their associated cost benefits will then be compared with economic models in which no changes are made to the port, after which the Corps will tentatively select a plan.

To develop a plan for how to proceed with concern for natural resources in and around the port that could be affected by additional dredging, Ms. Reichold said the Corps will be coordinating with several “sister” federal agencies, including the National Marine Fisheries and US Fish and Wildlife services.

“[This is so we’ll know] what additional data needs to be collected, hopefully this summer, that will help us inform what resources are out there and potential improvements to them,” she said.

During the November public meeting, several concerned residents and environmental advocates complained that sediment from the port’s last dredging, concluded in 2015, was the cause of severe coral die-off in the area – not disease, as the Corps reported.

Rachel Silverstein, executive director of nonprofit Miami Waterkeeper, pointed to subsequent findings that “found, conservatively, that over 560,000 corals were killed,” including 80% of all small coral within 500 meters of the channel.

To address concerns like Ms. Silverstein’s and prevent a repeat of events, the Corps is examining how to more accurately and quickly monitor conditions while dredging to better detect problems, Ms. Reichold said.

“There are means and methods we’re considering – alternatives for construction of the project, minimizing the potential for sediment, to get into the environment on the front end, [and] there are different types of dredging techniques we’re looking at,” she said, adding that the Corps will hold future meeting to hear from and inform the public. “We took [what was said at that meeting] to heart.”

Ms. Reichold said they’ve looked to Australia and its preservation of the Great Barrier Reef as an example of dredging standards the Corps may apply.

The port study is set to conclude in September 2021.