Advertisement
The Newspaper for the Future of Miami
Connect with us:
Front Page » Top Stories » Full-court press on AmericanAirlines Arena naming rights 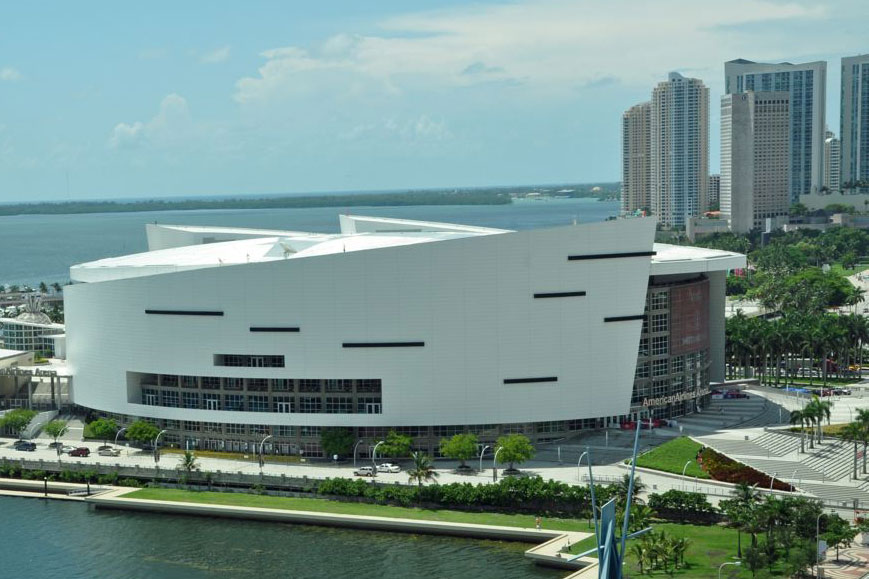 “They are actively discussing the matter with multiple corporations,” he said Monday, adding that the county is “going to exhaust all options” to get a deal before the current contract expires Dec. 31. “The plan was to reach out to American Airlines first.”

Miami Heat sister company Basketball Properties Ltd., which manages the county-owned arena, collects $6.4 million a year from the county plus $2 million for the naming rights. The county’s share is $100,000.

In a new deal from Jan. 1, 2020, to June 30, 2030, with a 10-year renewal option, according to a memo from Deputy Mayor Ed Marquez, Miami-Dade will pay Basketball Properties $2 million a year and keep the rest. New naming rights, he wrote, would bring in at least $6 million a year.

But that total should be higher, said President Mike Gallagher of The Superlative Group, which gets 5% of the county’s naming rights rate, which will include an annual increase based on the consumer price index – a new condition.

The Miami Heat had the sixth-highest attendance, over 625,000 tickets, according to box office tabulator Pollster, which ranked AmericanAirlines Arena sixth in the nation, 18th globally.

“We missed the Big Three era, where we really could have cashed in,” Commissioner Joe Martinez said. “We should capitalize on it [now].”