Advertisement
The Newspaper for the Future of Miami
Connect with us:
Front Page » Top Stories » Virgin Trains USA might roll into PortMiami 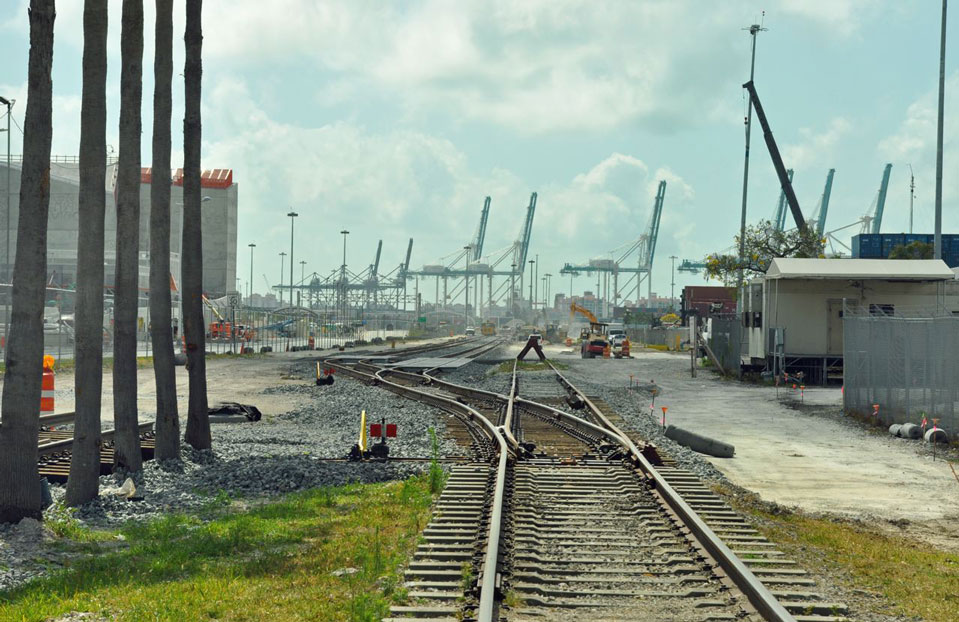 Miami-Dade County may soon look at linking Virgin Trains USA to PortMiami, a move that would connect the port to Broward and Palm Beach counties and extend a valuable lifeline to the struggling passenger rail service formerly named Brightline.

Commissioners in committee last week voted 3-0 to advance an item directing Mayor Carlos Giménez’s office to examine the extension, which would use existing rails, according to sponsor Rebeca Sosa, who asked that the item be expedited to the next full commission meeting Feb. 20.

“There’s already rail infrastructure that leads into PortMiami from Virgin Trains’ downtown Miami station,” she said. “With all the terminals, with all the different cruise lines, then we can invite the people from the northern part to come down.”

If approved, the item would direct the county administration to deliver within 120 days a written report “setting forth the county [administration’s] findings on the feasibility of said expansion.”

Juan Kuryla, PortMiami director, attended the Feb. 13 Tourism and Ports Committee meeting to express his support of the item, which stated that passenger counts at the port had increased more than 37% in the last five years, with 5,591,839 throughputs in 2018.

“Our port is growing, the passenger count is growing and we do not see that trend reversing anytime soon,” he said. “So, more options, the better it is for us.”

“We brought the rail from West Palm down, and we keep hearing from our cruise passengers that are taking the train today that they’d like to see that seamless connection to PortMiami,” he said. “As we continue to talk to the cruise industry, they also want to see options as they continue to grow and have more passengers. We want to be part of that solution.”

According to financial disclosures included in a since-rescinded initial public offering last week, Virgin Trains’ cash balance has plunged from $169.1 million at the end of 2017 to $48.7 million in September 2018.

The company in November announced its 2019 rebranding under the Virgin Trains moniker in accordance with a minority position purchase by British billionaire Richard Branson, whose Virgin Voyages vessels will set sail from a new PortMiami terminal in 2021, the same year the high-speed train service is expected to connect to Orlando using close to $1.75 billion in tax-exempt bonds.

The rail company, which saw a 42% ridership increase last year, has failed to perform to expectations, losing $56.5 million in the first half of 2018.

Total ridership during that time was 180,870 – 16% of the 1.1 million passengers the pro forma it presented to Fitch Ratings in December 2017 projected.

Commissioner Esteban Bovo Jr., chair of the transportation committee and a co-sponsor of the item along with Javier Souto, said he’d like a similar study done for a port connection with Tri-Rail, which also serves Miami-Dade, Broward and Palm Beach.

“I think the more ways we can get folks to the port that’s less car intensive,” he said, “the better it is.”

10 Responses to Virgin Trains USA might roll into PortMiami