Advertisement
The Newspaper for the Future of Miami
Connect with us:
Front Page » Communities » Tri-Rail is on track to serve downtown Miami

Tri-Rail is on track to serve downtown Miami 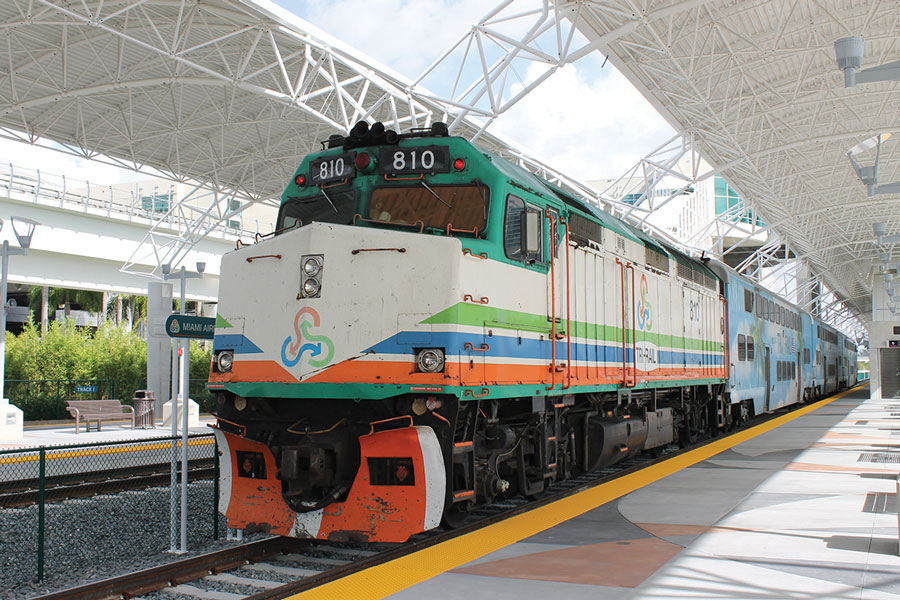 Tri-Rail trains are on schedule to arrive in downtown Miami by the end of 2019, said Bonnie Arnold, spokesperson for the South Florida Regional Transportation Authority, the commuter system’s parent. “The end of the year is doable,” she said.

Work is being done on the two sets of tracks Tri-Rail will use in MiamiCentral, the station built by All Aboard Florida for its Brightline service, which runs express trains from Miami to Fort Lauderdale and West Palm Beach. Brightline has three sets of tracks.

“We’ve solved the level-boarding issue,” Ms. Arnold said. “As soon as they let us know that 90% of their work is done on the tracks, we can get in there and finish the rest. And, of course, we have to install PTC.”

Tri-Rail trains already have PTC, or Positive Train Control, but its system has to be able to sync with Brightline’s. PTC is a federally mandated engineering and communications system that is designed to avoid collisions, derailments and other catastrophes.

Rail partners have invested $70 million to establish the TriRail Downtown Miami Link, funding 26 trains and 9 miles of new rail infrastructure. The 450-person capacity of each train will provide a one-seat ride to and from downtown Miami.

Computer-simulated models predict an outpouring of interest from new riders and regulars alike for the 26 daily Tri-Rail trips. About 2,000 riders from Fort-Lauderdale and West Palm Beach would be flocking to downtown Miami on day one alone, of whom 1,000 riders are expected to be first-time passengers, those models predict.

The majority of travelers from the first day onward are likely to be part of the workforce, said Jack Stephens, former executive director of the regional authority, last summer. “Major companies that are looking for qualified labor candidates and employers have a much larger area to draw from as a result of our service.”

Time off the road is possibly time wisely invested elsewhere for many passengers, he added. “We emphasize the personal freedom to do whatever you want to do as opposed to sitting there, paying attention when driving in traffic,” Mr. Stephens said then.