Advertisement
The Newspaper for the Future of Miami
Connect with us:
Front Page » Education » University of Miami dives into marine life needs 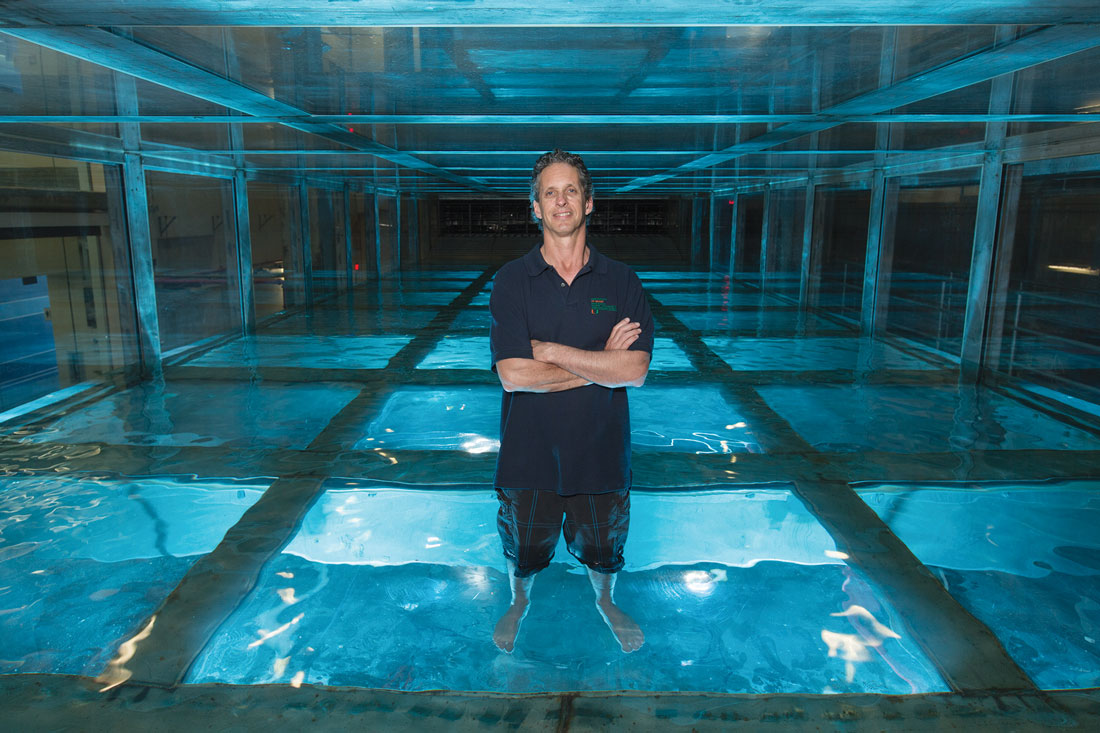 Deep thinkers at the University of Miami who are collaborating on a project quantifying the benefits provided by green infrastructure to marine life are to reconvene soon to compare their findings. They plan to transfer their lab work to the field by late summer.

The team works with a $150,000 budget, approved in August by the University of Miami’s Laboratory for Integrative Knowledge, or U-Link, for its second phase. The budget is an increase from the first phase which received $40,000 in support.

Faculty from various departments, including architecture, communication, economics, engineering and ocean sciences, are working together to develop strategies on how to restore coral reefs and protect coastal communities from storm surge. The hypothesis argues that a combination of engineered portions and green infrastructure – picture coral reefs, mangroves and seagrass – best safeguard marine life and the civilization surrounding it.

Professor Brian Haus of the Department of Ocean Sciences at the university’s Rosenstiel School of Marine and Atmospheric Science focuses on the enhancement of coastal resilience as it relates to wave energy reduction provided by corals. His team continues a series of measurements at the wind-wave tank on the Virginia Key campus.

“We have made a series of measurements in the wind wave tank of coral dissipation both of corals on a flat surface and corals on a model of a hybrid engineered and natural structure as well and looked at the dissipation of wave energy as they propagated over these corals,” he explained.

Professor Haus also looked at the transfer of energy of gravity to infragravity waves that impact the run-up effects at the shoreline. He plans another test that combines engineered and green infrastructure.

“We did some initial testing of that with a one-to-five scale model submerged breakwater so the grey part and corals on top of that,” he said. “We’re going to be doing that again. The frictional effect of the coral did seem to have some added benefit. In order to quantify that, we are going to continue with the measurements of these grey-green structures.”

Corals are proving to increase frictional dissipation over the top of the reef. Professor Haus’s findings show that if corals are dense enough they provide a structure that helps to protect the coastline. He plans to further quantify his findings in the coming weeks.

He’s to meet with colleagues from other departments in a few days to compare analysis and create detailed plans of their next steps.

Some milestones are set on the calendar.

Professor Haus expects to complete laboratory testing come April and launch a test deployment in the waters of Miami Beach during the summer. The short-term goal consists of getting more quantitative data.

“The short-term goal is to finish this laboratory testing of the enhanced protection provided by the corals as opposed to just a breakwater, for instance,” he said.

A test deployment over the summer in Miami Beach will be the next big step. Professor Haus, his teammates and the City of Miami Beach are to identify a site offshore.

“One,” he said, “it will be a good location for coral to thrive and take some measurements to make sure that if we did the kind of deployment that we’re planning, that there would be some anticipated benefit.”