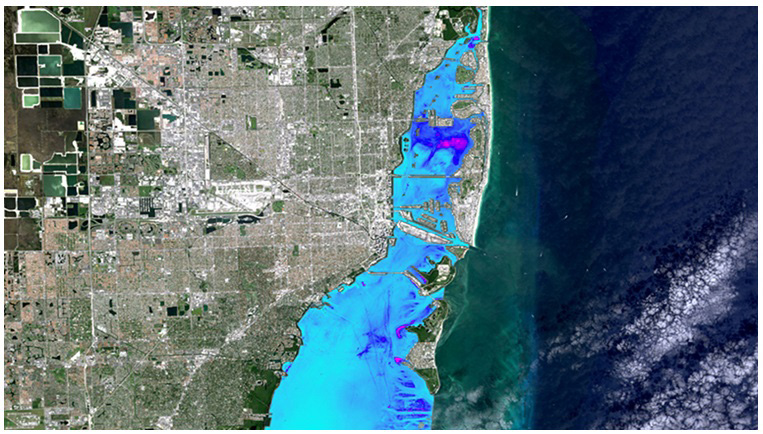 Spencer Crowley, Miami-Dade representative on the Florida Inland Navigation District (FIND) board, reported on a Biscayne Bay Restoration Initiative to the river commission.

In 2017 the Florida Department of Environmental Protection determined Biscayne Bay is an “impaired waterbody” because of Chlorophyll-a, Nitrogen.

“Trash – solid waste – is everywhere. The reason why is that our storm drains are full of trash,” Mr. Crowley said. There is no screening or filtration system on those drains, so rains flush the trash into Wagner Creek, the Miami River and ultimately Biscayne Bay, he said.

“Those issues need to be addressed,” he said.

After the bay was identified as “impaired,” water quality advocates and FIND began examining watershed restorations elsewhere to find best practices to clean the water. They found promising results at Lake Worth Lagoon in Palm Beach County, which parallels the coast and is separated from the Atlantic by barrier beaches.

Mr. Crowley cited the successes of the Lake Worth Lagoon Initiative, a partnership of funding agencies whose 50 projects for $80 million improved water quality in the lagoon, including sediment traps, baffle boxes, and removing septic tanks.

“They’re getting things done,” he said.