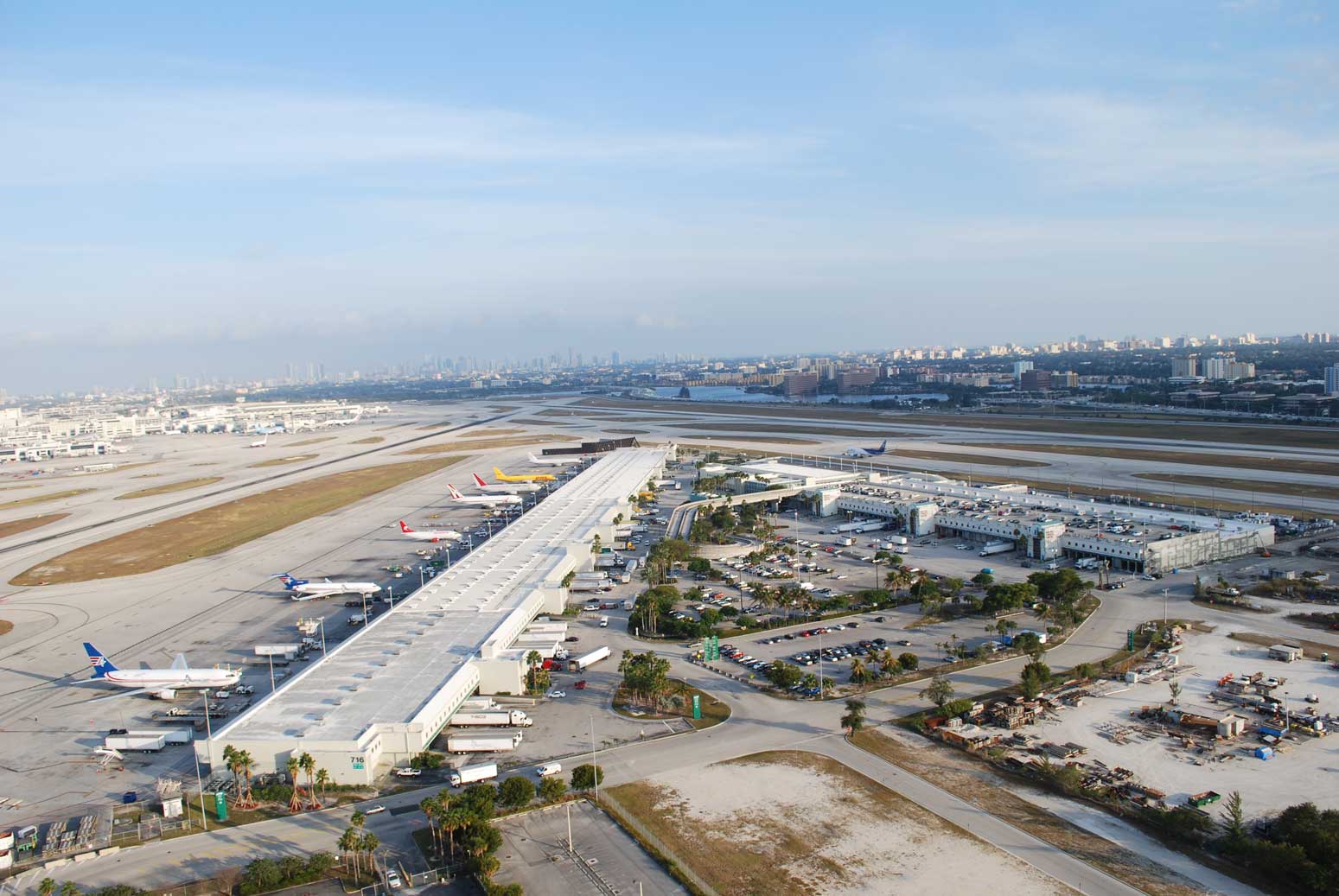 Shipments that took weeks and sometimes months to travel from the US to Brazil will now arrive in days as part of a new expedited shipping service partnership between Miami International Airport and Correios, Brazil’s post office.

Compra Fora, which translates to “Buy Outside,” will allow for e-commerce packages of all sizes from all over the world to be shipped to Miami International Airport, be pre-cleared by Correios and get to Brazil as domestic cargo in under a week.

Miami International Airport, which holds about 38% of Brazil’s air trade market, ranks first in the US for cargo flights to the country, according to a Tuesday news release.

Accordingly, Brazil is the airport’s largest international market for passengers and trade values, with more than 1.5 million travelers and $12 billion in cargo shipments going through the airport annually.

“This new landmark agreement between Correios and Miami International Airport is the perfect partnership between two world-class leaders in international trade,” Miami-Dade Mayor Carlos Giménez said at a press conference Jan. 29, the second of a two-day trip to Brazil. “This is great news for the booming e-commerce market in Brazil. Each day, growing numbers of people are using the internet and social media throughout Latin America, so there are plenty of new opportunities for companies to sell their products.”

Miami-based companies SinerlogUSA and Interport Logistics, the first two logistics providers selected by Correios for the program, will facilitate the service.

According to the release, items purchased by Compra Fora-registered customers in Brazil will first be stored at Interport’s facility in Miami-Dade’s Foreign Trade Zone before being inspected, pre-cleared and shipped from Miami International Airport with Correios labels.

The shipments will then arrive in Brazil as domestic cargo and be delivered by Correios to Brazilian customers, who have their own postal addresses and can schedule and group their shipments, pay taxes or fees and track orders with the Sinerlog Safety Tracker system.

“We know that Brazil is the largest economy in Latin America. We know it’s the fifth-largest country in the world and the fourth-largest internet market on the planet, so it’s very important for us… that you chose Miami,” Mr. Giménez said. “For our part, Miami is known across the globe as the gateway to the Americas for international trade and logistics [and] is the leader in connections not only among the nations of North, South and Central America, but also those of the western and eastern hemispheres.”

The 2006 signing of a “sister airport” agreement between Miami-Dade Aviation and the Brazilian Airport Authorities, in partnership with the county’s International Trade Consortium, was a contributing factor in Compra Fora’s creation, the release stated.

“I am extremely pleased to see this initiative become a reality after years of hard work and collaboration between Miami-Dade County and Correios,” said Miami-Dade Commissioner Jose “Pepe” Diaz, the consortium’s chairman, in a prepared statement. “We expect Compra Fora to provide a significant boost to Miami-Dade County’s air trade with Brazil.”

E-commerce in Brazil grew by 7.5% in 2017 compared to 2016, with year-end revenues equaling $12.9 billion US dollars, according to a September 2018 report by the International Trade Administration.

In 2017, the administration reported, 55 million Brazilian consumers made at least one virtual purchase – a 15% increase compared to 2016.

“Despite the recent economic downturn in Brazil, projected growth of e-commerce is still positive at 12% and is expected to reach [$14.4 billion US] in 2018,” trade administration personnel wrote. “The Brazilian Consumer and Retail Association estimates that in 2018, e-commerce sales will account for approximately half of retail sales in Brazil … [but despite] continued growth, the e-commerce market in Brazil can be incredibly difficult for US companies due to challenges involving customs, taxes, shipping and payments.”

The busiest international freight hub in the Western Hemisphere, Miami International Airport, through programs like Compra Fora, is “uniquely poised” to benefit from a massive increase in global e-commerce that saw $2.29 trillion spent in worldwide sales in 2017 – a figure expected to double by 2023, Miami-Dade Aviation personnel wrote.

E-commerce sales in Latin America are projected to more than double, from $29.8 billion in 2015 to $64.4 billion in 2019, according to market research firm Statista.

Brazil, the region’s largest economy, is estimated to have been responsible for about 65% of its sales last year.

“Brazil is very important to Miami,” Mr. Giménez said. “When your economy suffers – when you’re not doing well – we don’t do well. It’s in our best interest to make sure you do well, and do well in a cooperative fashion.”