Advertisement
The Newspaper for the Future of Miami
Connect with us:
Front Page » Communities » Miami backs Bacardi buildings for National Register of Historic Places 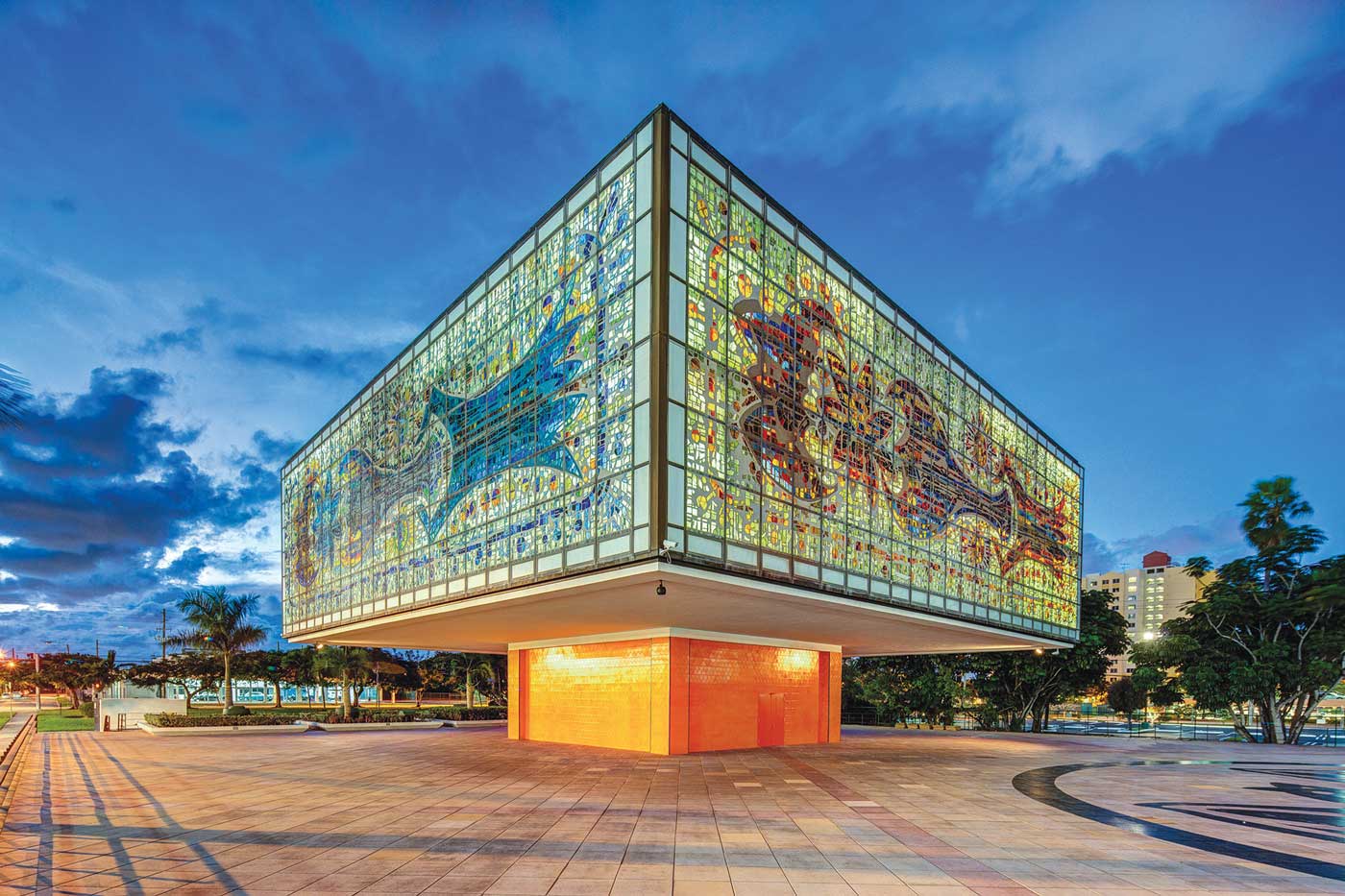 Two unique and colorful structures in Miami’s Edgewater neighborhood have been recommended by the city for placement on the National Register of Historic Places.

The city commission on Jan. 24 approved a resolution supporting the nomination of the Bacardi Buildings Complex, at 2100 Biscayne Blvd.

City code requires the City of Miami Historic and Environmental Preservation Board to obtain a written recommendation from the city commission as to whether a property should be nominated to the National Register.

The commission took a similar action in early 2018 in regard to historic Miami Marine Stadium, which was added to the National Register last April.

The Bacardi Buildings Complex has been a locally protected historic resource since Oct. 6, 2009, when it was designated by unanimous decision by the Historic and Environmental Preservation Board.

The resolution says the Bacardi Building Complex meets National Register criteria, in that the property embodies the distinctive characteristics of a type, period or method of construction in the areas of architecture and art, as the buildings are locally significant examples of the international style of architecture, with unique artistic flairs that disregard some of the fundamental tenets of the style.

While the Bacardi complex was created in 1963, the administration building was constructed in 1973 and contributes to the significance of the complex because it follows many of the same design principles and influences as the original parts of the Bacardi complex.

The Bacardi Buildings Complex was nominated for the national listing by the State Historic Preservation Office.

For more than a half-dozen years, the Bacardi Buildings Complex has been the headquarters of The National YoungArts Foundation.

The foundation acquired the landmark Bacardi tower and museum buildings in October 2012 and has since converted the buildings into the YoungArts Campus – the organization’s first national headquarters.

Since acquiring the Bacardi complex, YoungArts has been working to transform the campus into a multidisciplinary cultural center while preserving its beloved structures, according to the foundation.

The uniqueness of the Bacardi structures is celebrated and promoted by the foundation on its website.

Located on the easternmost side of the plaza facing Biscayne Boulevard, the tower was commissioned by former Bacardi president José “Pepin” Bosch and houses the YoungArts Gallery, Ted’s at YoungArts, and staff offices. The tower comprises a rectangular seven-story structure, which appears to float weightlessly over a square glass pedestal at the plaza level, the website says.

The building has four reinforced concrete columns, a set of two flat trusses and two end walls. The north and south end walls of the tower contain panels of ribbed pre-cast concrete with a contemporary azulejo mural created by Brazilian artist Francisco Brennand. More than 28,000 tiles were fired in Brazil and installed as a giant puzzle.

Keeping the tower company in colorful fashion is the building known as The Jewel Box, designed by Ignacio Carrera-Justiz of Coral Gables. The exterior is covered in thick hammered stained glass tapestries.

An example of modern cantilever construction, the square building is raised 47 feet off the ground by a pedestal. The two-story space cantilevers out 24 feet from its central core on all sides as each floor is hung from 28-foot tensor rods from a reinforced roof, the website says.

The Jewel Box has been transformed into spaces for artists to work, collaborate and create.

A report by the state historic office says: “The Bacardi Buildings complex retains a very high level of integrity. There have been very few significant alterations to either building, the site itself, or to the surrounding neighborhood. Because of this, the Bacardi Buildings retain a high degree of integrity of location, design, setting, materials, workmanship, feeling, and association.”

The report goes on to say the Bacardi buildings are significant at the local level in the areas of architecture and art.

“The Bacardi buildings are iconic examples of mid-century modem International-style architecture, notable for their uses of steel and glass, each featuring imaginative cantilevered overhangs as the bulk of the building… The buildings are notable for the way that they embrace international influences within architecture and art to create visually impressive works,” the report reads.