Advertisement
The Newspaper for the Future of Miami
Connect with us:
Front Page » Government » Iconic Miami Beach welcome sign may become LED display 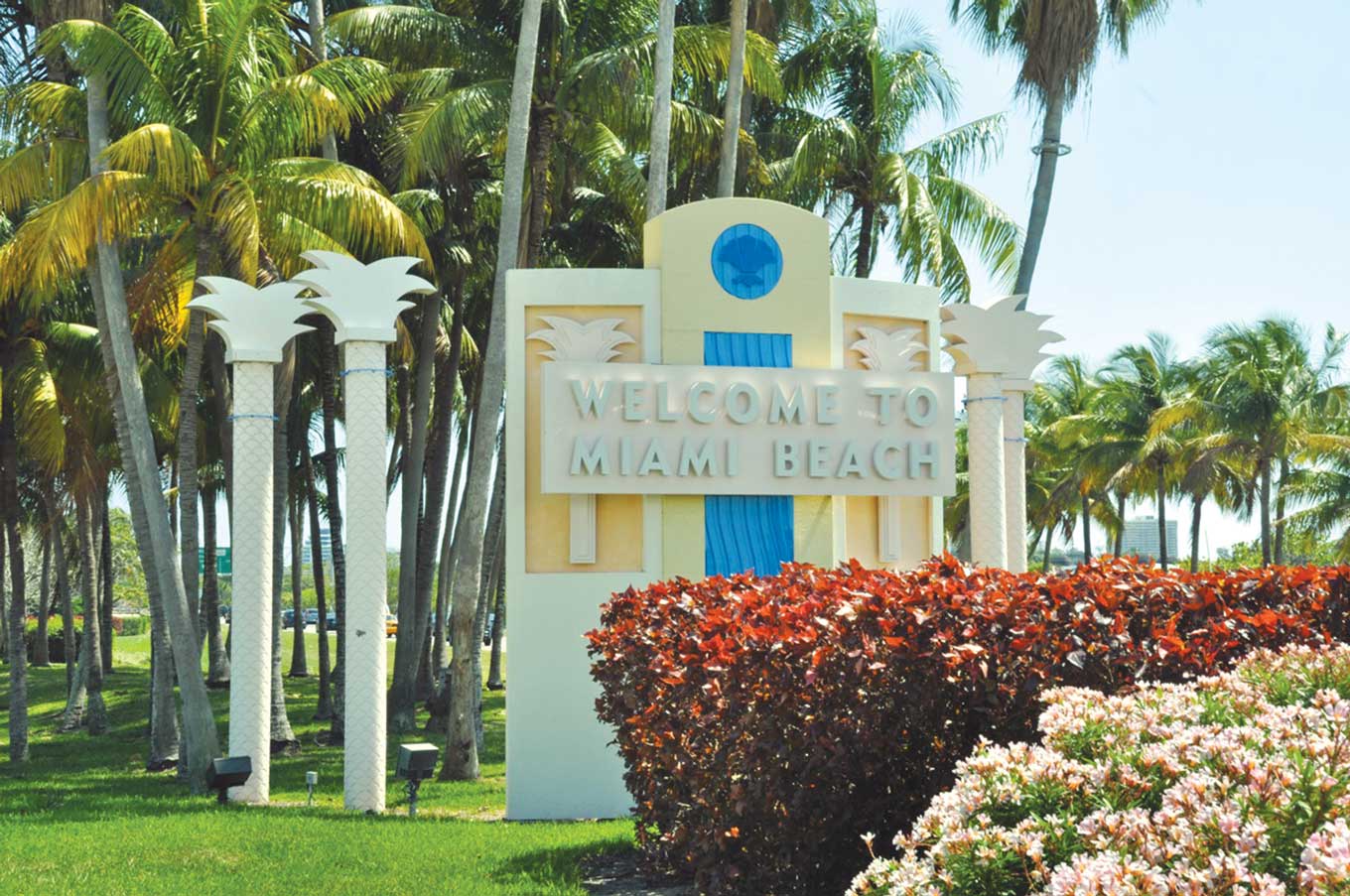 The iconic Miami Beach entrance sign on the Julia Tuttle Causeway could be seeing significant changes in 2019. Jim Morrison Productions, the company behind many of the lighting designs and displays in the city, submitted a proposal for the entrance sign that received some pushback from members of the city commission.

The company suggested incorporating a LED display into the existing sign, which would cost up to $45,000 according to the proposal. The current lettering that says “WELCOME TO MIAMI BEACH” would be replaced with a rectangular screen about the same size.

At the Jan. 16 commission meeting, Commissioners Micky Steinberg and John Aleman expressed concern – and dislike, in the case of Ms. Aleman. Ms. Steinberg was concerned the display could eventually be used for advertising, and Ms. Aleman said “I think we could do better.”

The commission still referred the review of the sign to the Design Review Board, though Ms. Steinberg and Ms. Aleman voted against it moving forward. Ms. Aleman wanted the overall review of a new entrance sign to go to the review board without the LED display included.

According to the proposal from Jim Morrison Productions, the new LED display on the sign would complement the iconic color-changing rings that adorn the trunks of the palm trees behind the entrance. The lights around the trunks were updated in 2007 to be able to change colors to commemorate certain holidays and events.

“I saw it as an opportunity to make the connection between the coloring of the tree rings and recognition of a holiday or cause displayed as part of the Welcome Sign,” the proposal reads. “Content would be strictly controlled and not commercialized in any way. And we would work with local students and emerging artists to create the curated images for consideration.”

Besides for the addition of the LED display to the sign, no other changes would be made.

Commissioner Michael Gongora also suggested the new display sign could be used for giving instructions during emergencies such as evacuations from hurricanes or announcing special events.