Advertisement
The Newspaper for the Future of Miami
Connect with us:
Front Page » Business & Finance » 2019 employment picture for Miami appears solid 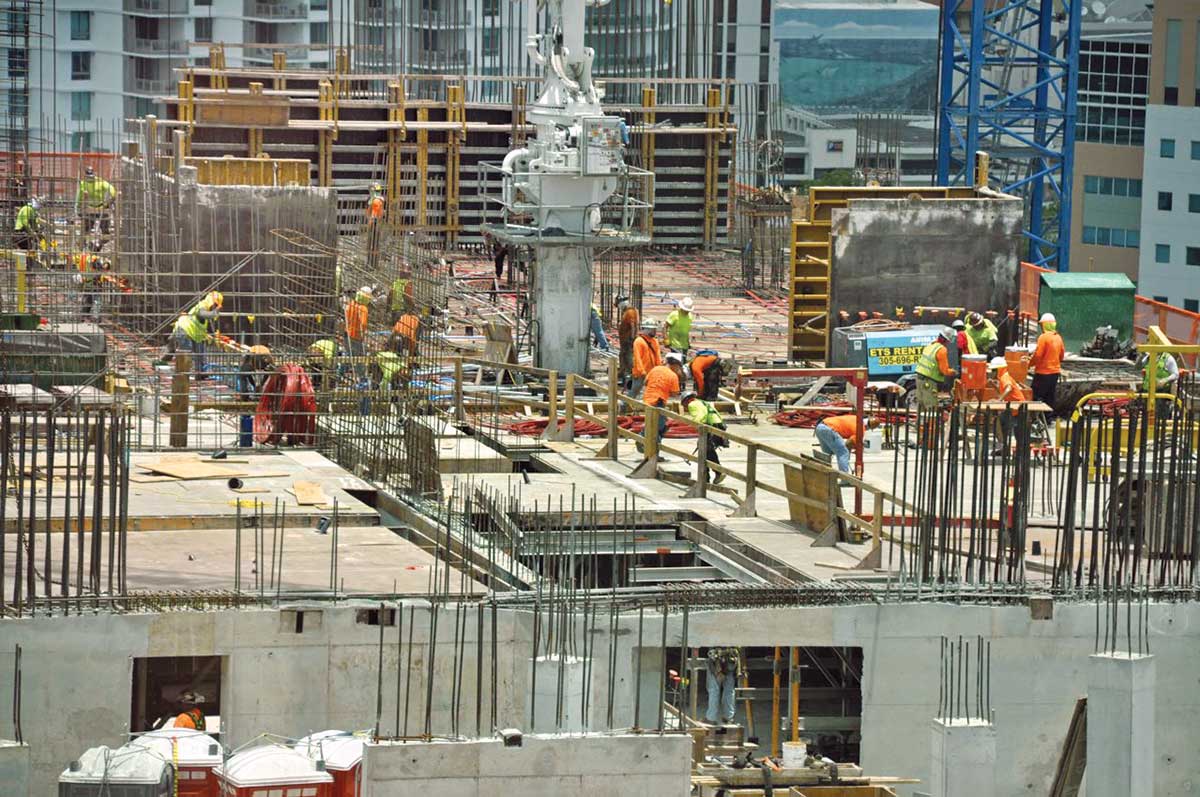 The 2019 employment picture for Miami appears solid, observers say, though some factors could tap the brakes on their optimism.

“Overall, 2019 is going to be another year for South Florida,” said Charles Dougherty, a Wells Fargo economist. “We’ve seen strong growth in hiring in 2018. The leisure and hospitality sector has been a very strong driver of that. We’ve seen a lot of jobs increase in the financial services and professional business sectors. The banking sector is growing.”

Headwinds, though, could challenge the employment picture but not totally blow it off course, he said.

Because Miami is a nexus for trade and supply-train operators, any talk of a trade war or threats of punitive tariffs could have a negative effect, he said. “There’s a new NAFTA with Canada and Mexico, there’s a lot of concern among people who do business with China. When you speak with business leaders, you hear that uncertainty.”

Employers and business owners have a new and unique obstacle to deal with this year: the longest-running government shutdown in history. “The partial government shutdown has affected the economy both directly and indirectly, and adds to that cloud of uncertainty,” he said.

Nevertheless, he expects Miami and South Florida to emerge relatively unscathed from either of these threats. “The government will re-open sooner or later,” Mr. Dougherty said, and Miami’s economy and employment picture are broad-based enough to survive the challenges. “Miami is well-poised for economic growth,” he said.

The first half of 2019 will be strong, said Manuel Lasaga, president of StratInfo and clinical professor in the Finance Department of Florida International University, but the second six months might see a lag that will carry into 2020.

It took awhile to get past the events of 2008, he said, but employment came back strong in recent years, especially in the construction sector, but also in the hospitality and leisure market.

“Construction has really gone strong this past year, with both residential condo construction and public works projects in full swing, as anyone trying to get around Miami knows,” he said. The past year saw a 14% increase in construction growth, which he said makes it “the strongest sector by far.

“The leisure and hospitality sector is up overall, with a 3.2% increase in tourism jobs,” he said. While conditions in Latin America and the Caribbean have been weak, he said, an economic revival in South America could be a plus for Miami if the domestic market stalls toward the end of 2019, as some have suggested. “Brazil seems to be getting more traction and Argentina is poised for growth.

“I really anticipate that the national and local economies will begin to lose a little steam at the end of 2019 and into 2020,” Mr. Lasaga said. “Real estate and construction won’t suffer as much, as there will be projects in the pipeline. But in other areas, I believe we will see some semblance of a slowdown in the second half of 2019.”

For Rick Beasley, executive director of CareerSource South Florida, the employment outlook for 2019 is one of cautious optimism, grounded in the partnerships that are emerging between local groups intent on training or re-training potential employees in new technologies, and in existing sectors like construction, trade and logistics, and aviation.

His organization has partnered with The Beacon Council, Florida International University, Big Brothers Big Sisters, the YMCA, Miami-Dade Public Schools and other organizations to structure training programs for technical jobs. The training leads to certifications that are required by tech industries and can stand in for, or augment, a four-year college degree.

Miami-Dade’s workforce comprises 1.6 million, half of which have no education beyond high school, Mr. Beasley said. Many are immigrants or people without economic advantages, whom he calls “forgotten or overlooked.”

These are the workers most in danger of losing their jobs to automation, Mr. Beasley said, citing the example of kiosks now being used to take order in fast-food outlets.

“We shouldn’t be afraid of the robots, because we will need someone to program those robots,” he said. “In a way, the robot is the dark cloud, but the silver lining is the opportunity we have before us to retrain and prepare a very significant part of our workforce today.”

One Response to 2019 employment picture for Miami appears solid