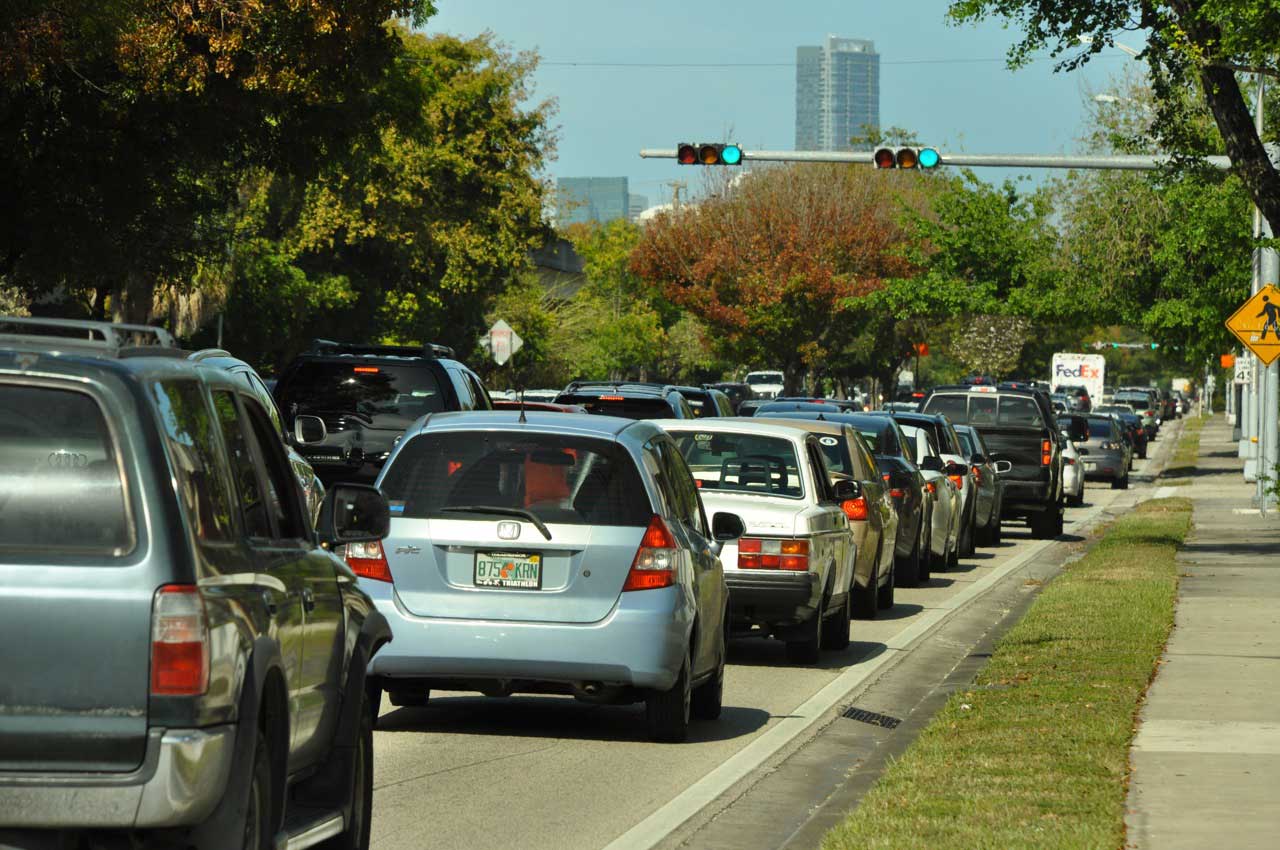 In October, Ms. Bravo told Miami Today that the county planned to study the routes and compare travel times to those recorded a year earlier.

Congestion fell significantly on both, she said, adding that the flow-adjustable signals cut drive times regardless of whether school was in session or not.

On Miami Gardens Drive between Northwest 67th and 87th avenues, travel times improved 5.3% when school was in and 8.4% when out.

Improvements were even greater along the other corridor, US 1 from Southwest 16th Avenue to Southwest 98th Street, where congestion decreased 11.5% in school hours and 7.8% at other times.

In 2012, the Florida Department of Transportation contracted with the university to use that system, which it describes as “an automated data sharing, dissemination and archiving system.”

“We want to use [these findings] as a benchmark [and] couple that with field observations to determine if further refinements [are needed],” Ms. Bravo said. “We want to continue to improve it to maximize [its benefits].”

As of this week, roughly 285 of the 300 signals chosen for adaptive equipment from Econolite Control Products Inc. had been upgraded. About 70% are in “active mode,” Ms. Bravo said.

“They first go into a learning mode, where they’re getting the inputs from the signals and we’re watching the decisions the computer would make but [isn’t] yet,” she said. “It’s basically building up its knowledge [and] we’re seeing what decision the algorithms are making to make sure nothing strange is going on. Then it goes into active mode”

The handful of signals yet to be upgraded are “unusual cases” where installation is harder, she said.

By that year’s end, the Citizens’ Independent Transportation Trust approved earmarking $10 million from transportation taxes to expand to 10 more corridors.

County commissioners then OK’d an $11.1 million contract with Econolite.

The adaptive signals, Mayor Carlos Giménez said in August 2017, are part of a five-year plan to improve mobility and eventually bring all 3,000 county traffic signals into a smart network.

Ms. Bravo said her department plans to buy 2,500 more signals for about $150 million. That deal is under a county “cone of silence” hushing communications during procurement.

Once operating, she said, the signals will be compatible with autonomous vehicle technology.

“In the future, as these cars become more prevalent, we’d have this additional way to help make traffic more efficient,” she said. “The cars would be receiving data from the signals.”