Advertisement
The Newspaper for the Future of Miami
Connect with us:
Front Page » Top Stories » SeaVee Boats preparing to double manufacturing space 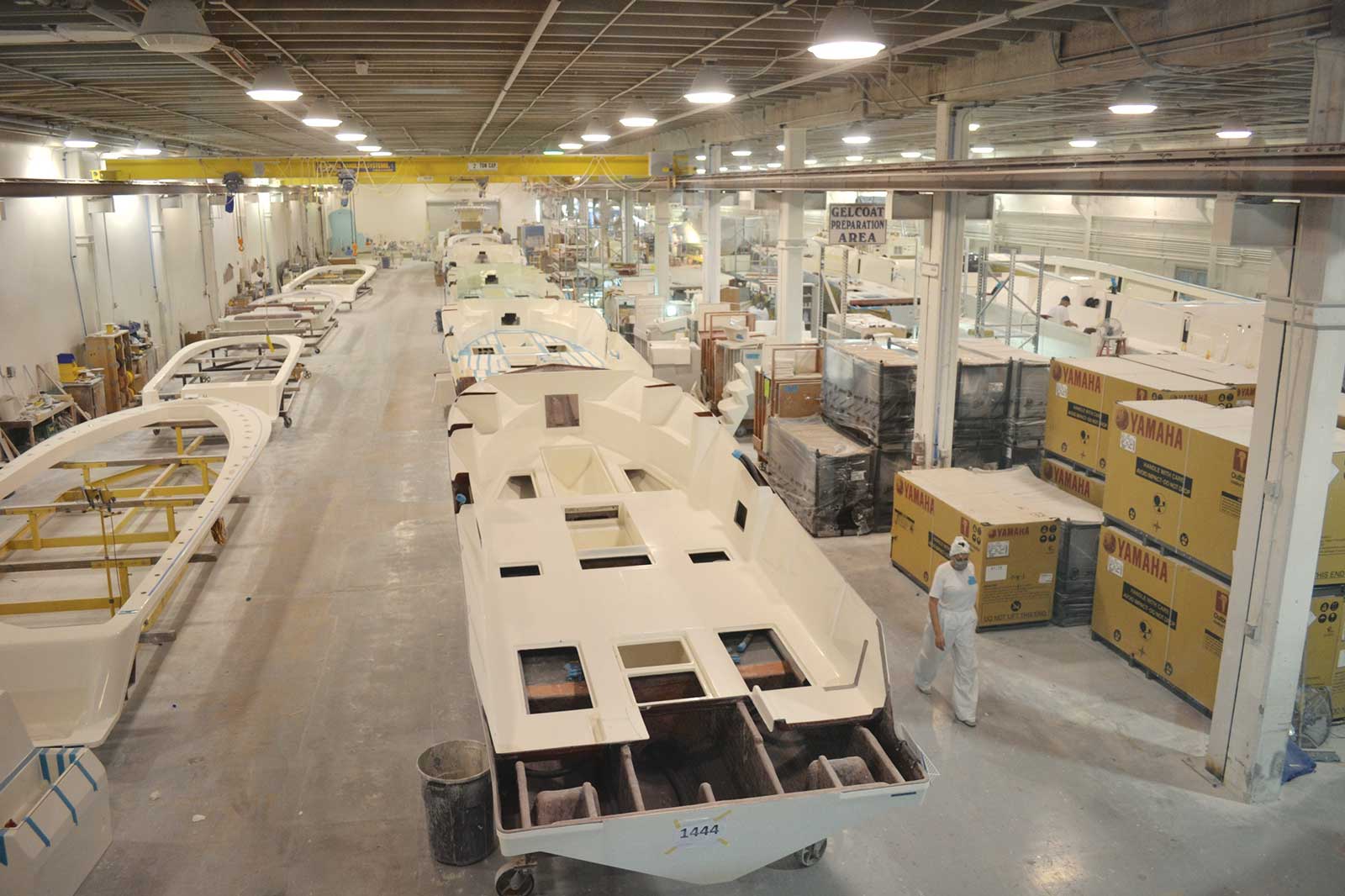 SeaVee Boats hopes to move into its new 220,000-square-foot manufacturing site on 10 acres in August, though the construction firm, TA Builders, is hoping for May, according to Vice President of Engineering Robert Kaidy. Construction began last September and is “making great progress.” Side work is complete, the slabs are poured and walls will be going up this week, Mr. Kaidy said.

SeaVee Boats will consolidate all five of its facilities around Miami into one at 11100 NW South River Drive in Medley. Currently, all five locations have 100,000 square feet combined.

The move aims to address growing demand for boats. Right now in its 60,558-square-foot headquarters at 6900 NW 77th Court, smaller boats are backlogged 12 months and the larger models are backed up 18 to 24 months with over 200 boats on order, according to Mr. Kaidy. SeaVee now employs 220 people and hopes to total 325 to 350 once it moves to the new site.

The new location will also have “lots” of new technology and SeaVee will be buying robots and deploying new technology in term of the lamination process to make the boats better and build them in a faster way, Mr. Kaidy said.

The new facility was designed from scratch by SeaVee. According to Ariel Pared, one of the three original business partners who bought SeaVee Boats in 1994, it will be the largest boat manufacturing facility in South Florida. The county’s Industrial Development Authority fully financed the project.

Mr. Pared and his business partners faced a challenge in building on the new property. The Environmental Protection Agency put the property on the Superfund’s National Priorities List in 1984 and cleanup started soon after. Electrical transformers were recycled on the site, which led to waste oil being dumped into the ground and rusted machinery left on the property.

According to Mr. Kaidy, the land is completely remediated and the company is excited to have gotten a parcel at such “great value” and to “return that property back to production and a useful purpose. It was a win-win for everybody that we could get the property at a reasonable price because of the past, but the fact that it’s already remediated meant we could return the property back to making tax money for the government and building boats for us,” Mr. Kaidy said.

Jack Ellis, the founder of Info Link Technologies Inc., a marketing and data services company that watches the outdoor recreation market, found that flats, bay and inshore fishing boat sales are down at least 40% but bigger boats are selling more. His data show overall boat sales have been on the increase the past seven years, both in and outside of Florida.

However, Mr. Ellis said that he sees possible rough seas in the boating industry in the future caused by environmental challenges.

“The health of the boating industry depends on how you look at it. Generally speaking, most custom boat builders in Florida seem to be doing fairly well,” Mr. Ellis said. “That being said, another decline in boat sales is inevitable, and I’d be the first to admit that Florida’s deteriorating water quality certainly won’t help the situation.”

However, Mr. Pared previously told Miami Today that South Florida is the best place to be for a company like his.

“South Florida has been booming. People are looking for bigger, faster and more advanced boats and technologies,” Mr. Pared said. “Big boats are selling like never before.”