Advertisement
The Newspaper for the Future of Miami
Connect with us:
Front Page » Real Estate » City of Miami office tower site hunt may end up next door 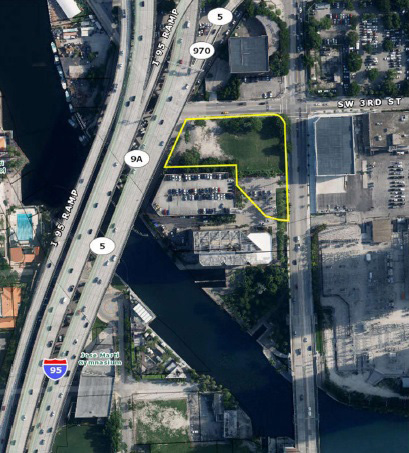 A study has determined the best place for a new City of Miami government office tower is right next door to the current one. The analysis is up for discussion on today’s (1/10) city commission agenda.

Site selection is the next step after voters in November OK’d a complicated deal to gain a new office complex in exchange for allowing a multiple-tower private development on the Miami River.

The city’s Department of Real Estate and Asset Management and CBRE analyzed where offices might rise and ranked sites. The analysis picks vacant land immediately north of the city’s current Miami Riverside Center (MRC) at 444 SW Second Ave., identified as the Nexus Site.

Adler and affiliate Lancelot Miami River were chosen as part of a request for proposals to lease/buy the city’s riverfront property for a mixed-use residential, retail and hotel project and an agreement to build a new office complex for the city.

Thirty other sites were evaluated and scored, most in city parks.

Of the Nexus Site, the study says: “The site’s location is ideal for the new administrative building. It is adjacent to the current site and near mass transit, while maintaining the downtown location and remaining one-step removed from traffic in Miami’s Central Business District.”