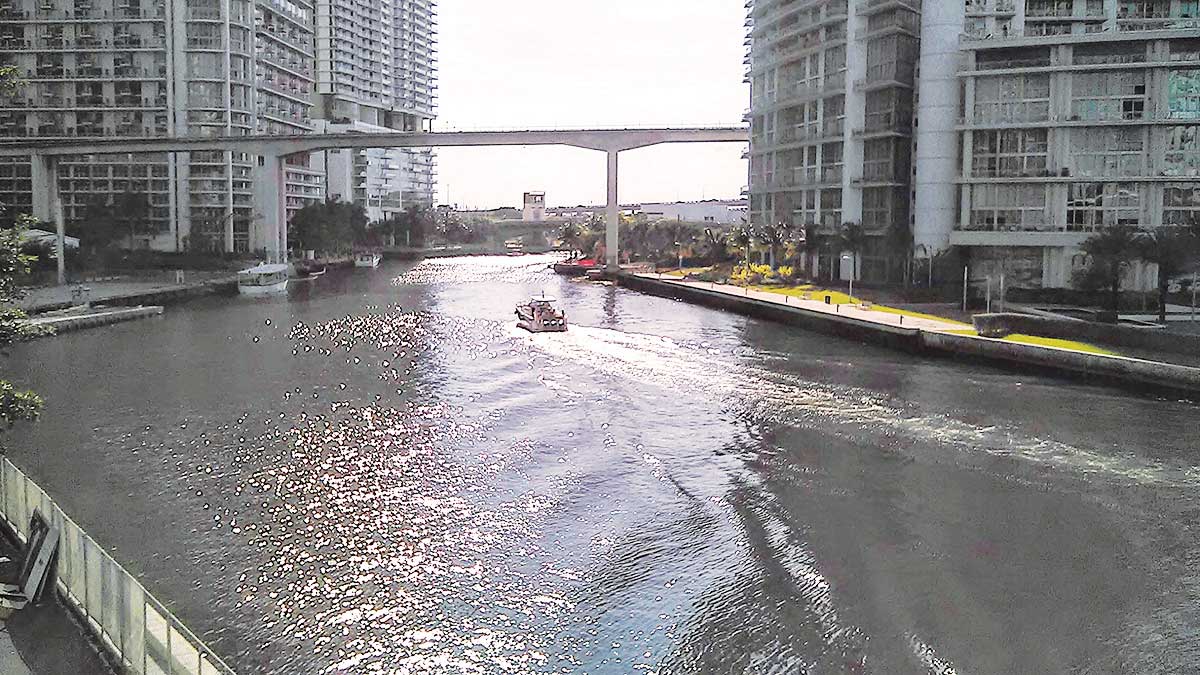 The City of Miami is pursuing changes to the Miami 21 zoning code to address sea level rise, and the proposed legislation is gaining support.

City officials’ first attempt at new rules with climate change and sustainability in mind include a proposal to allow new construction and redevelopment to raise habitable structures out of the flood plain with added “freeboard,” up to 5 feet above the Base Flood Elevation.

“This is our first foray into resilience in the zoning code,” said Ryan Shedd, who works in the planning department for the city. He was detailing the legislation to the Miami River Commission’s Urban Infill and Greenways Subcommittee at a meeting Dec. 12.

Mr. Shedd described some aspects of the city’s own application to amend the zoning code to allow freeboard.

He handed out copies of the current draft amendment to incorporate “freeboard in the floodplain and clarify language for raising structures (zoned T3, single family residential) within the floodplain.”

The amendment defines freeboard as the additional height above the Base Flood Elevation at which the lowest finished floor is built.

Base Flood Elevation, or BFE, is defined this way: The elevation of surface water resulting from a flood that has a 1% chance of equaling or exceeding that level in any given year, as determined by Federal Emergency Management Agency or FEMA.

Currently the zoning code requires 1 foot of freeboard, said Mr. Shedd, and this amendment would create the option for up to 5 feet of freeboard.

In addition, he said, the proposal allows the raising of infrastructure, and the option for up to a 5-foot increase in the current height of ground floor retail, from 25 feet to 30 feet, so that they may better respond to potential changes to public infrastructure in response to sea level rise.

Mr. Shedd said raising the freeboard height reduces insurance costs. He noted this only applies to new construction, and the City of Miami’s Planning Zoning and Appeals Board unanimously recommended approval with a note that the drafted “optional” 5 feet of freeboard be revised to become “mandatory.”

Mr. Shedd was asked why the current draft of the proposal doesn’t mandate the extra freeboard.

He said city officials want to “take it a bit slower” in enacting these new rules, and added that “architects and builders want to do this anyway.”

Mr. Shedd said he expects the city commission to consider the presented ordinance in January or February. At this stage, none of the five city commissioners nor the mayor has offered to sponsor the legislation, he noted.

Mr. Shedd confirmed the city will present the item to the full river commission at noon Jan. 7.

At the Dec. 12 committee meeting, Chairman Jim Murley suggested the full river commission recommend approval of the item and that the city encourage future eligible applicants to exercise their new option to include up to 5 feet of freeboard.

“This is a good first step … the water’s coming up,” said Mr. Murley.

The proposed legislation says FEMA encourages the incorporation of freeboard into the construction and reconstruction of properties within areas prone to flooding, with consideration of future risk due to sea level rise.

The addition of freeboard to height requirements has many benefits, it says, including reducing the amount of at-risk property from flood damage and reducing National Flood Insurance Program premiums for property owners, and increased ground-floor height allowances in flood-prone areas to provide ground-floor retail establishments the flexibility to respond to changing infrastructure needs while preserving and enhancing a quality pedestrian environment.

The legislation notes that 24% of the city is within the Coastal High Hazard Area, as defined in the Miami Comprehensive Neighborhood Plan and state statutes.

The proposed ordinance was first published as part of the city commission’s Nov. 15 agenda, under the heading of future legislation, and a public comment period extends to Jan. 5. The public may comment to futurelegislation@miamigov.com.

Once that comment period closes, the comments will be included as supporting documentation to the legislation.

The proposal is identified by number 4943, from the planning department.