Advertisement
The Newspaper for the Future of Miami
Connect with us:
Front Page » Government » Miami-Dade emergency fund going to expand ShotSpotters 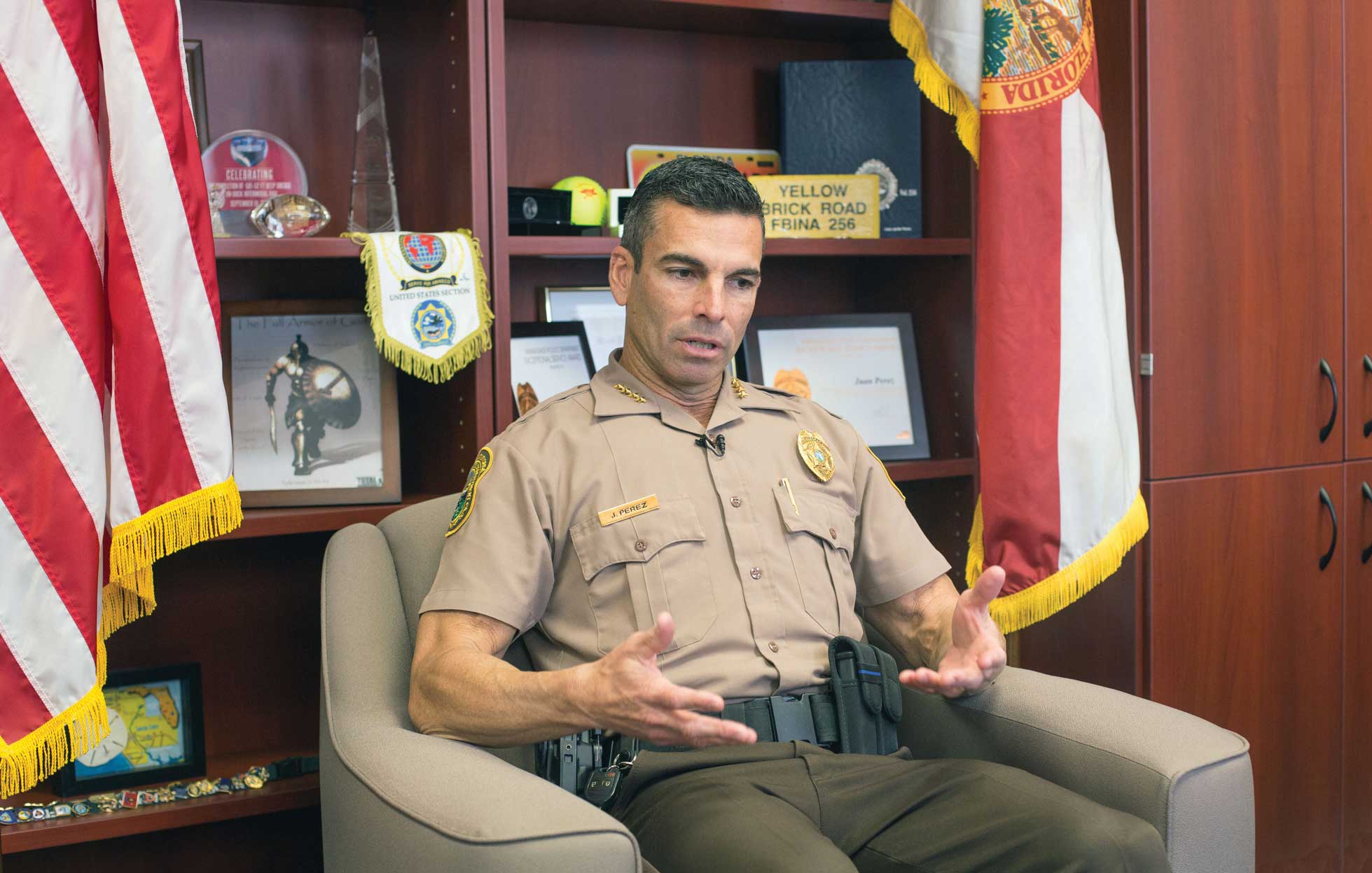 Money that would have been used to compensate for broadened homestead exemptions in Miami-Dade will now fund an expansion to the county’s ShotSpotters program to pinpoint gunfire in high-frequency areas.

Commissioners last month directed the administration to expand coverage in the Northside and Southside police districts, both of which now have four square miles covered, and bring coverage to the Intercoastal District.

The total 21.85 square miles covered – comprised of the eight square miles already covered plus 7.33 square miles more in the north, 9.36 more in the south and 1.16 added to the Intercoastal District – would cost $910,250 the first year, according to a Dec. 4 report from Mayor Carlos Giménez.

Money to pay for the expansion hadn’t yet been identified by the time commissioners held a Dec. 18 discussion over a report Commissioner Jean Monestime ordered detailing a plan to increase ShotSpotters coverage in “areas of additional concern.”

ShotSpotters uses acoustic sensors to detect and alerts police within 45 seconds of a shooting and transmit geolocation data – including street addresses – to officers’ smart phones.

Other information the system provides includes the exact time of a shooting, the number of gunshots, shooters’ positions, speed and direction of bullets, and pattern analyses of locations.

Commissioner Dennis Moss said he supported expanding the areas covered by the gunshot locating technology but was troubled no money had been reserved for it.

A day earlier, Mr. Moss issued a press release on the anniversary of the death of Carnell Williams-Thomas, a 2-year-old killed by a stray bullet in his district, asking for information to bring those responsible to justice.

Mr. Moss said he understood funds were limited, but if the county could subsidize police staffing at public schools, it should be able to find funds to address gun violence in “challenged neighborhoods.”

“I want to make sure that we can deploy that kind of technology, to try and get a handle on that,” he said.

Mr. Giménez said he agreed and that his office and the school district would be having “a frank discussion” after the holidays about the one-year, “not recurring money” reserved for the schools, but offered no solution to fund the ShotSpotters expansion.

Mr. Martinez, a former Miami-Dade policeman, reminded Mr. Giménez and commissioners about money set aside to cover losses in homestead tax revenue expected to come with an amendment to expand homestead exemption.

The item, placed on the November ballot, had failed.

“So where’s that money?” he asked. “I’ll refresh your memory. [The amendment] was supposed to pass but didn’t. I still don’t know how that didn’t pass, [but] the administration was saying they were putting money away.”

Jennifer Moon, the county management and budget director, confirmed $37 million in the general fund was set aside for that initial purpose – more than enough to pay to expand ShotSpotters.

“As we said at the time of the budget, we will now be able to look at expanding services,” she said. “This is certainly something that’s a priority for the county and the police department that we can look at.”

The county, she said, will need to use all but $9 million of the extra money to compensate for revenues lost when its franchise with Florida Power & Light expires in two years.

“But we can make targeted investments now that we have this revenue available,” she said.

The county would have to move quickly, Mr. Martinez said. The contract with ShotSpotters, including a $138,500 discount for a three-year service agreement, expired Dec. 31.

“If there’s one thing government has to do, it’s protect life and property,” he said. “Put the money into it now.”

The system’s efficacy, however, remains questionable, Commissioner Barbara Jordan said, citing an April 17 report she’d ordered that showed the ShotSpotters system – first introduced as a pilot in Miami-Dade in 2012, discontinued a year later and then revived in 2016 – as of April 2018 had led to just 14 suspect identifications and 18 arrests.

Miami-Dade Police Director Juan Perez, when asked if he could confirm if any of those arrests had led to convictions, said he was uncertain.

“It may be too soon [to know], because the violent crime takes a while to close out those cases,” he said. “The system’s pretty new.”

After a more than three years studying ShotSpotters, researchers Jillian Carr and Jennifer Doleac told the Cincinnati Inquirer in August 2017 that there is no evidence showing ShotSpotters is effective in curbing gun violence.

On its website, ShotSpotters reports a 48% reduction in shooting victims in Cincinnati since its system was installed, a 2.5-minute reduction in response time to crime scenes in San Diego and a 71% decrease in gunfire instances in Oakland between 2012 and 2017.

The company does not release its data for independent research.

“As long as people keep signing contracts, it’s not in their best interest to produce any evidence,” said Ms. Doleac, director of the Justice Tech Lab and research affiliate at the University of Chicago Crime Lab.

Ms. Jordan said she was unsatisfied with the information that had been provided in the report to her and fellow commissioners, who would soon also consider spending millions on enhancing the ShotSpotters system.

“Are we getting the benefit that we hoped to get?” she asked. “To me, the report needs to be much more comprehensive in what you provide.”