Advertisement
The Newspaper for the Future of Miami
Connect with us:
Front Page » Profile » Joe Martinez: Commissioner puts housing atop list of urgent problems 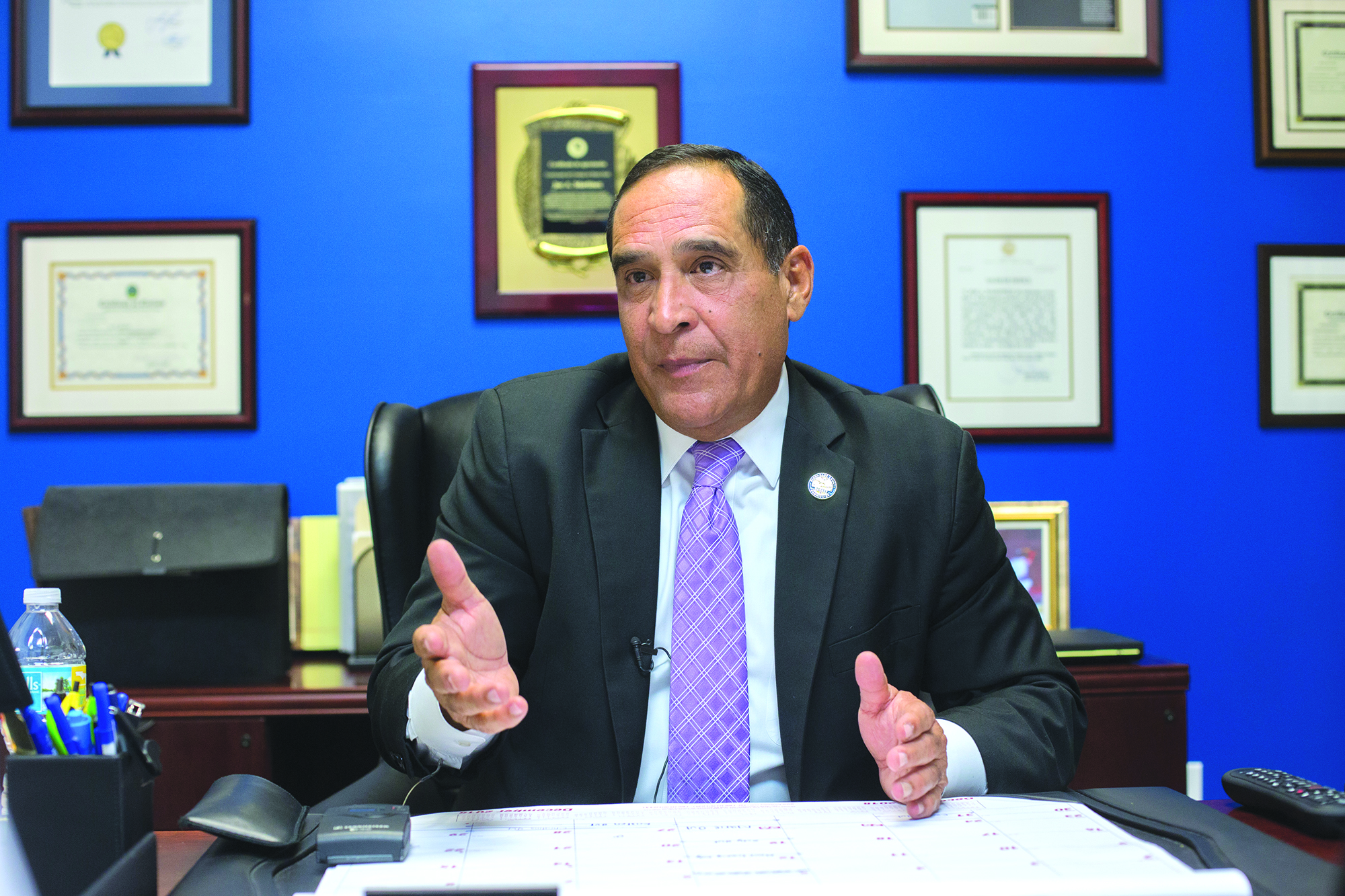 Miami-Dade Commissioner Joe Martinez next year will celebrate 35 years in public service, about half of which he spent rising through the ranks of the county police force while earning more than 70 awards and commendations, including two Gold Medals of Valor and numerous “Officer of the Year” honors.

The skills he sharpened in law enforcement, he said, informed his approach to legislation and representing the county’s 11th District for all but four years since 2000.

“[I use] pretty much all of it – how to deal with people, deal with difficult people and diplomacy [in] situations I would rather talk myself out of than fight through,” he said. “As a master sergeant and lieutenant, [it] was more administrative, looking at how the department was run. I had to do a lot of reading, [which] prepared me to look for things. Now, 98% of [our legislative] agenda is fine. I do have problems with the other 2%.”

The first Hispanic commission chairman in Miami-Dade history, Mr. Martinez, who remains the only commissioner twice elected to the position by his peers, has shown that his political aspirations extend beyond the county commission.
In 2012, he stepped down as commissioner to run for county mayor. Two years later, he vied for a US House seat. With an elected Miami-Dade sheriff position opening in the near future, it had to be asked: Had he considered running?

Mr. Martinez sat down with Miami Today reporter Jesse Scheckner. The interview, recorded by Jahmoukie Dayle, can be found Friday at http://bit.ly/2uNHy0Q