Advertisement
The Newspaper for the Future of Miami
Connect with us:
Front Page » Business & Finance » Miami Boat shows band together in a joint venture

Miami Boat shows band together in a joint venture 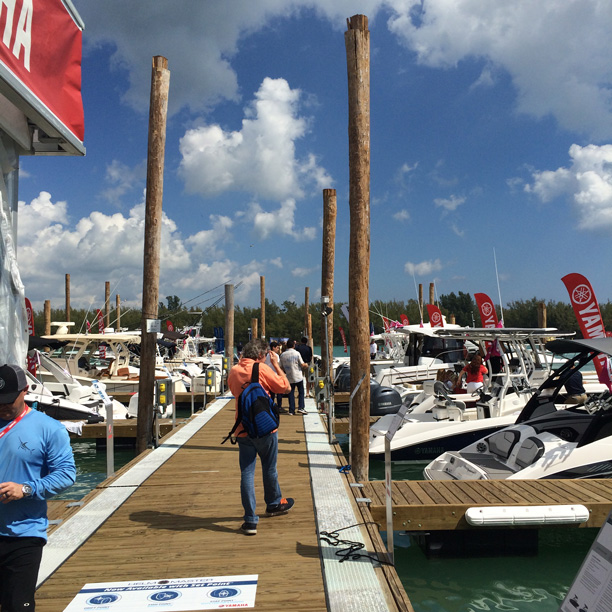 Organizers of two major Miami boat shows that attract hundreds of thousands of visitors yearly have forged a joint venture to offer attendees a seamless experience. They are promoting the partnership as “the world’s five biggest days in boating.”

The National Marine Manufacturers Association, owner of the Progressive Insurance Miami International Boat Show, and Informa, co-owner of the Miami Yacht Show with International Yacht Brokers Association, announced the joint venture to showcase both events now being held in Miami on the same dates, Feb. 14-18, creating what they say is the world’s largest display of boats for sale and the ultimate destination for boating enthusiasts.

For the first time, the two will offer a combination ticket to attend both events, which will include transportation between venues. They said this will bring here a combined $1.3 billion economic impact.

News of the combination ticket option and promotion for the 2019 shows comes on the heels of producers moving the Miami Yacht Show from Miami Beach to downtown at One Herald Plaza, across Biscayne Bay from the Miami International Boat Show at Miami Marine Stadium on Virginia Key. The new venue is also closer to the Miami Yacht Show’s Super Yacht Miami event at the Island Gardens marina on Watson Island.

Combined, the shows will bring nearly 2,000 boats, yachts and superyachts to Miami over President’s Day weekend. The Miami International Boat Show will feature more than 1,400 new boats from 10 to 100 feet long, and the Miami Yacht Show and Super Yacht Miami will feature more than 500 new and brokerage yachts and superyachts ranging from 40 to over 320 feet.