Advertisement
The Newspaper for the Future of Miami
Connect with us:
Front Page » Real Estate » Makeover of CocoWalk a step-by-step process

Makeover of CocoWalk a step-by-step process 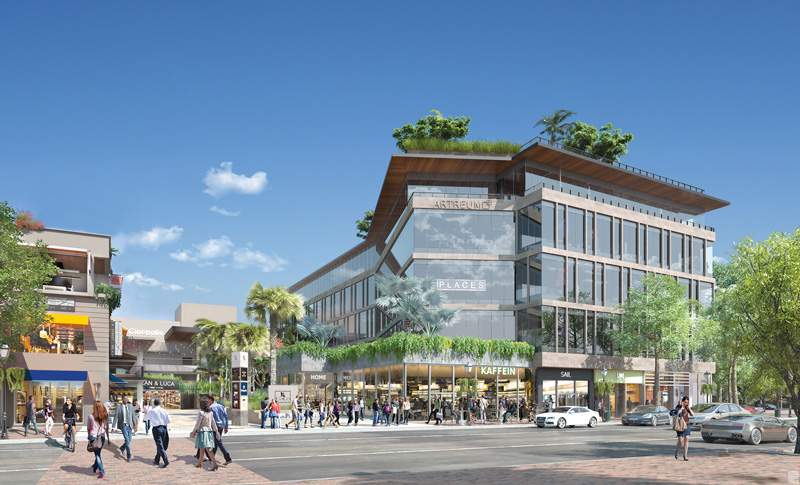 Grass River Property Principal Thomas Roth is seeing his vision of a modern take on CocoWalk rise quarter by quarter. He aims to complete the project come the first quarter of 2020, a plaza that honors the village-like style of the community and better serves those who live in the area.

He also sees the plans as catering more to the residents and workforce: “We think in the past CocoWalk was mostly appealing to tourists. We still feel like the tourists will come because the tourists like to go where locals go. We feel that Coconut Grove itself hasn’t been serving the neighborhoods that surround it as well as it could.”

The end is in sight for the first phaseof the endeavor, which concentrates on the west retail or left-hand side of the building. The façades of retail stores, including the likes of Gap and others, are nearly complete.

His team is shifting attention away from west retail towards phase two. The process includes the demolition of a large portion of the center and vertical construction of a five-story office building with a first floor of retail space.

The project is divided in phases to better serve the tenants that still have their doors open. Mr. Roth said, “We want to keep the center open because we have existing tenants that we are beholden to. Because of that, you need to phase the construction in order to maintain access to the existing tenants who have long-term leases.”

Mr. Roth point to Cinépolis as an example. The cinema relies on the developers to provide access to potential customers.

Murphy O’Brien Senior Account Executive Chris Royal says the Cinépolis team is offering special ticket pricing while CocoWalk undergoes renovations and tickets will remain discounted until the renovation is complete. The theater is not only due for a remodeling of its exterior, which Mr. Roth’s team will oversee, but plans to update its interior in 2019.

The center building that once housed Starbucks is demolished and in its place is a front view of what will be the front door to Cinépolis from Grand Avenue.

The immediate next phase will see the office building going vertical on the east side. The elevator door has been drilled and is being formed.

Mr. Roth said, “We are going to be bumping out some of the façades of the stores on the west side, again creating a whole new vertical transportation in the back where Cinépolis is. That was a complaint we often heard, that people didn’t know how to navigate through CocoWalk. We are improving upon that through vertical transportation, both escalators, elevators, and stairs.”

Merchants like Cinépolis look forward to the completed project. Mr. Royal said on behalf of the CocoWalk team, “We’re very excited about the CocoWalk renovation and we’re thrilled about the investment being made in an important cornerstone to the community.”

2 Responses to Makeover of CocoWalk a step-by-step process