Advertisement
The Newspaper for the Future of Miami
Connect with us:
Front Page » Transportation » Miami International Airport direct Asia flights in works 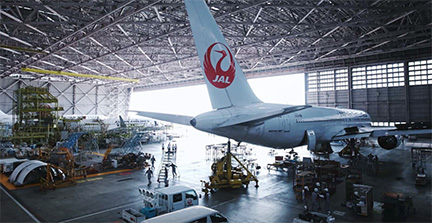 More than a year after Miami-Dade Aviation claimed Miami International Airport was “about two years” from a establishing direct flights to Asia, little progress has been made, according to Chris Mangos, county aviation marketing director.

And regarding the continent’s biggest nation, he said, the situation has worsened.

“[With] China, things have gotten a little more difficult,” he said. “There are terms of our [bilateral agreement] the US is claiming that China is not adhering to, and it has brought the two countries to an impasse. Until [those] accusations are straightened out, it’s highly doubtful we’re going to see any additional service into the United States by carriers.”

Miami International Airport and Asia exchange nearly 100,000 tons of cargo annually – a $5.2 billion market in 2017 – and Miami remains the busiest US market for leisure and business travel from Asia without nonstop passenger service, an independent study by Sabre Airvision Market Intelligence states.

Poor standings with China, Mr. Mangos said, have bled over into air arrangements with the neighboring Taiwan, whose EVA Air and China Airlines depend on travelers from the mainland.

“China firmly controls the number of cities and people that travel through the Taiwan hub,” he said.

Travelers between Taiwan and Miami connect through John F. Kennedy International Airport in New York City, where there is often a layover that further lengthens an already protracted trip.

“[Between] Taiwan [and] New York [it’s] almost 16 hours,” said David K.C. Chien, director general of the Republic of China’s Taipei Economic and Cultural Office in Miami. “You have to stay overnight, [which adds] another several hours. Then from New York to Miami it’s almost three hours. Time is money, and faster times will increase incentives for Asian [travelers].”

A direct 17.5-hour flight between Miami and Taipei is possible, as evidenced in June 2017 when Miami International Airport welcomed Taiwan President Tsia Ing-wen.

But regular flights would require “payload restrictions” limiting the number of seats sold, as cargo and passenger weight would need to be reduced to complete the 8,628-mile trip.

“If cargo is at a minimum and you have ‘x’ number of seats you cannot sell, you’re already not starting off on the right foot,” Mr. Chien said.

The outlook is more optimistic for establishing a nonstop link with Japan.

Japan’s All Nippon Airways and Japan Airlines use the Boeing 787 Dreamliner, an aircraft whose “incredible range” can easily complete the roughly 14-hour trip, Mr. Mangos said.

“My best guess – and we’re hoping to sit down with them in January, if all goes well – is we’ll probably get a commitment from them [the] second or third quarter of 2019 [for] service a year later – maybe [halfway] or two-quarters through 2020,” he said. “It would be a good catch for us.”

As it would be for Japan, which would benefit from a closer connection to Latin America, said Kenji Hirata, Japan’s consul general in Miami.

And with Tokyo hosting the 2020 Olympics, he said, “it is good timing.”