Advertisement
The Newspaper for the Future of Miami
Connect with us:
Front Page » Communities » Coral Gables tinkers with fate of oldest downtown building 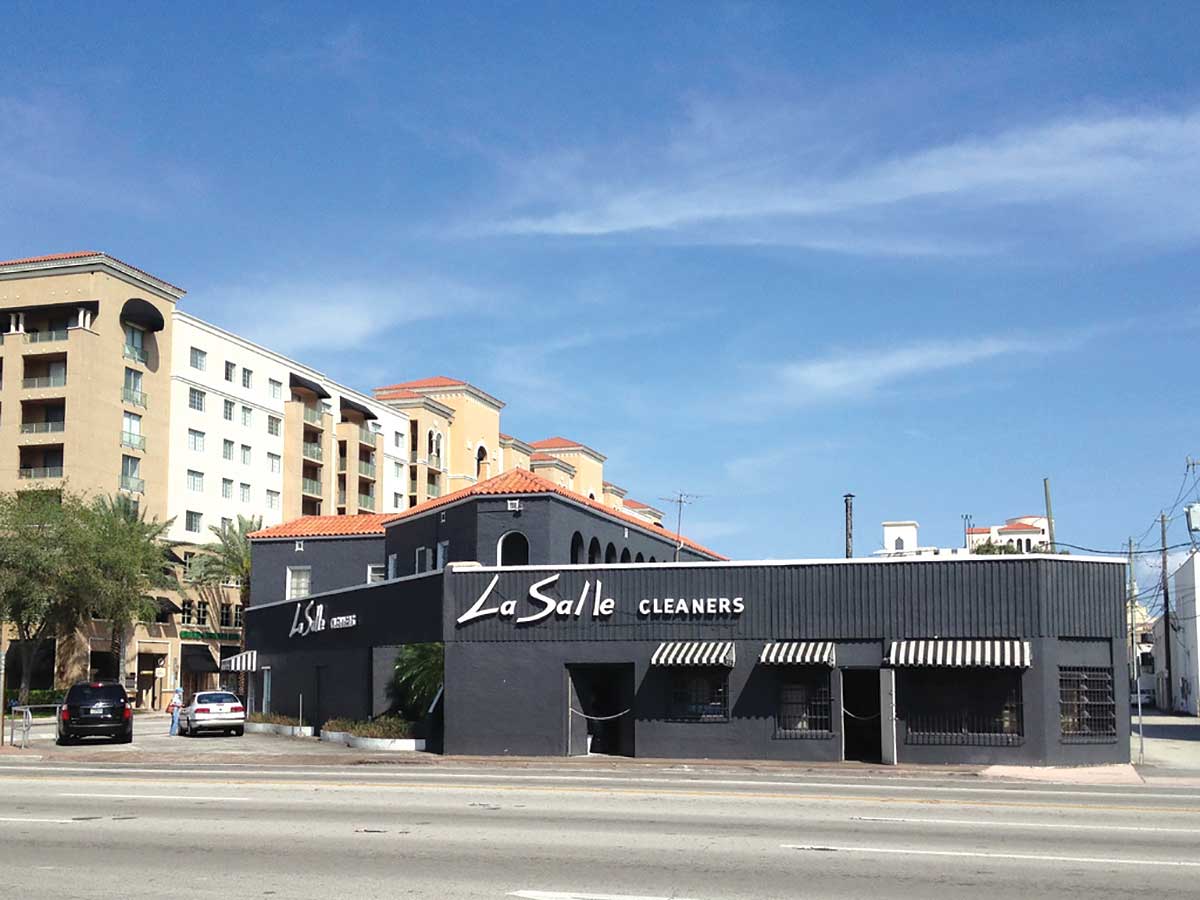 The final document to pull a demolition permit for the old LaSalle Cleaners building in downtown Coral Gables was to be submitted Wednesday of this week, according to the lawyer for Mirella LaSalle, the owner of the building. The demolition plan, the last missing piece, was delayed because of trouble finding a civil engineer to prepare and sign off on the plan.

Ms. LaSalle has said that once the demolition permit is pulled, she will sit down with the city in “good faith” to negotiate the possibility of saving the building. The lawyer said the owner is “flexible” and the building, opposite city hall on LeJeune Road, is not currently listed for sale or under any contract.

“To me it seems they’re holding back so when they do have a demolition permit, they say, ‘We’re starting in a week, here’s what we want.’ I don’t think that’s in good faith,” Mr. Lago told Ms. LaSalle’s lawyer.

The commission previously supported the resolution that included demolishing the building and replacing it with a 35-space parking lot, which the city would lease for five years from Ms. LaSalle.

In July, commissioners voted unanimously to rescind the resolution they had passed in March that instructed former City Manager Cathy Swanson-Rivenbark to negotiate a temporary lease agreement for the parking lot after demolition. The commission also voted unanimously to instruct Ms. Swanson-Rivenbark and her staff to try to have “good faith” negotiations with Ms. LaSalle to preserve the building instead of demolishing it. Preservationists have argued that the building should be saved as the sole remaining commercial building from the city’s original downtown.

However, there is no way for the commission itself to stop demolition even though it changed its stance on the parking lot after significant public outcry against the deal.

“It’s an eyesore. It’s unsafe. Let’s fix it, sell it, refurbish it, make it into a flower shop or demolish it,” said Mayor Raul Valdes-Fauli.