Advertisement
The Newspaper for the Future of Miami
Connect with us:
Front Page » Real Estate » Brickell City Centre set for OK for two more towers 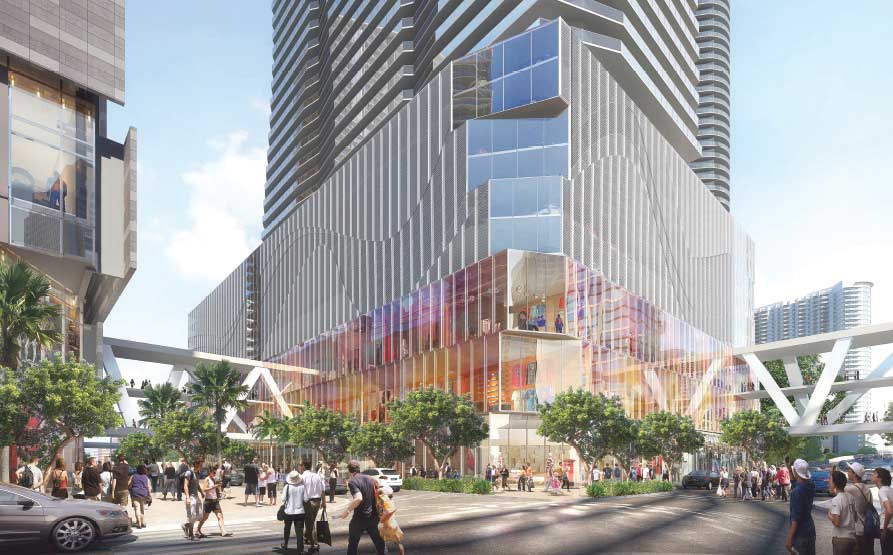 The continuing evolution of Brickell City Centre is set to be considered this week by Miami city commissioners.

On the commission’s agenda today (12/13) is a third amendment to a Special Area Plan (SAP) for Brickell City Centre and a second development agreement for the large mixed-use project that has already taken over several city blocks just south of the Miami River.

Approvals would clear the way for an additional 972 residential units in two new towers, and much more.

The expansion plans have already captured supportive votes from Miami’s Downtown Development Authority, the Planning, Zoning and Appeals Board and the Urban Development Review Board.

Besides two more residential towers, the proposal would bring nearly 90,000 square feet of added commercial space, a ground-level plaza, more parking, and enhancements around and under the South Miami Avenue Bridge.

On today’s afternoon agenda, commissioners are to consider the first reading and vote on two ordinances:

■A second development agreement between Tobacco Road Property Holdings LLC, BCC Road Improvement LLC and 2 Indian Creek Holdings LLC and the City of Miami to govern the third amendment to the previously approved SAP, by expanding the boundaries to encompass two additional building sites identified as the BCC 650 SMA and BCC AP blocks.

On June 25, main developer Swire Properties formally applied for the third amendment, incorporating the two added city blocks, which are northwest of the existing Brickell City Centre, which began vertical construction in 2013.

The towers will connect by pedestrian bridges to the existing Brickell City Centre, and Swire plans an extended paseo, or walkway, along South Miami Avenue from Southeast Fifth through Seventh streets.

Although not technically part of the Miami River Greenway, these improvements south of Fifth Street will coordinate directly with the growing Greenway-Riverwalk, and open up pedestrian connections to the Miami River from the Brickell City Centre project and South Miami Avenue that don’t now exist.

If approved, this phase could break ground in 2020 and would require three years to complete, according to Swire.

The second and final vote on the new proposals for Brickell City Centre may be set for late January before the city commission.