Advertisement
The Newspaper for the Future of Miami
Connect with us:
Front Page » Government » After Brightline deal, Virgin Group gets seaport terminal OK too

After Brightline deal, Virgin Group gets seaport terminal OK too 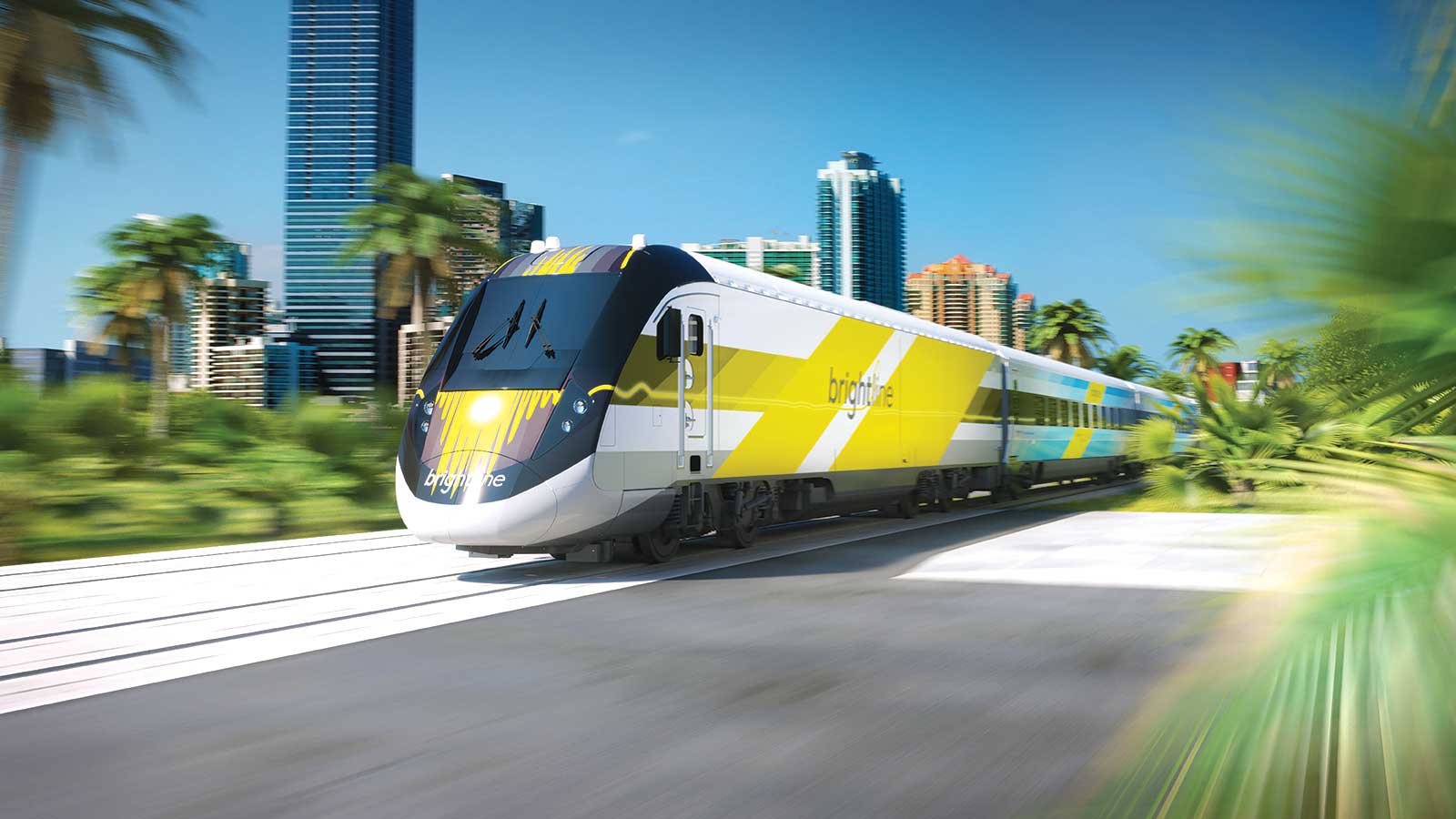 If all goes as planned, 2021 will prove huge for South Florida and British billionaire Richard Branson’s Virgin Group, as both a high-speed train extension connecting Miami to Orlando on Virgin Trains USA and construction of a new terminal housing Virgin Voyages vessels at PortMiami are expected to reach completion.

“We want to welcome you to Miami-Dade County – another terminal, more jobs in our community – and we’re proud of the partnership the administration and mayor have made possible for our county,” Commissioner Rebeca Sosa said.

The item passed less than three weeks after Virgin and intercity rail company Brightline announced a strategic partnership that next year will rebrand Brightline under the Virgin name.

Virgin currently has four cruise vessels on order, according to a memo from Deputy Mayor Jack Osterholt.

The first ship, which will run year-round with a 2,750-pasesnger capacity, is expected to arrive and homeport in Miami in early 2020.

Commissioners on June 30, 2015, authorized a five-year preferential berthing agreement and one five-year renewal option with Virgin, whose first ship, the company says, will exceed its required 50 annual calls by more than 50%.

Virgin, whose cruises will be adults-only, now wants to homeport a second vessel at the port starting in fall 2021 with a seasonal seven-day itinerary. But because of contractual terms with other cruise lines, PortMiami doesn’t have enough berthing to homeport a second Virgin ship.

To solve the issue, the county has offered Virgin first dibs on a new terminal at the northwest corner of the port estimated to be completed by late 2021.

Its construction will cost up to $150 million, Mr. Osterholt wrote, with PortMiami procuring terminal-related amenities including two passenger board bridges or jetways, internal furniture, fenders and US Customs and Border Patrol equipment.

Starting in fiscal 2022, PortMiami expects to gross about $12.5 million from the arrangement, with 3% increases to earnings each following year.

Commissioner Jean Monestime said he was “thrilled” to hear Virgin planned to brand and decorate its terminal and related infrastructure in ways that differentiate it from other cruise services at the port to stimulate a sense of competition there.

“Your company is surely adding to the values that Miami already represents,” he said.

I [borrow a] phrase from [Greater Miami Convention & Visitors Bureau President and CEO] Bill Talbert: What you guys are offering, that is so Miami.”

The unbinding arrangement between Virgin and Miami-Dade – effective until a binding new agreement and restated preferential berthing agreement or written notice from one or both parties cancelling the agreement is submitted – stipulates:

■Virgin will have the first right to enter into negotiations for construction of a new cruise terminal on the northwest corner of the port, currently designated as Cruise Terminal H.

■The project would encompass about 5.1 acres capable of accommodating vessels up to 965 feet in a homeport operational capacity, including a new terminal complex, bulkhead and apron, provision staging and loading areas, and intermodal staging areas.

■Development of the site requires that the county be able to relocate tenants of the existing Terminal H building and obtain environmental permits for the berth and pier.

■Miami-Dade and Virgin agree on a project timeline and financial commitments that may include a passenger capital recovery surcharge and minimum annual revenue, with a project completion and vessel operations goal of November 2021.

■The existing preferential berthing agreement between the county and Virgin will be amended and presented to Miami-Dade commissioners to provide, among other items, a full financial model.

“Virgin is the latest – but I’m pretty sure it’s not the last – of these deals we’re going to be opening with other competitors in PortMiami,” said Miami-Dade Mayor Carlos Giménez, who joined several commissioners in commending PortMiami Director Juan Kuryla and his staff. “They’ve done a tremendous job at the port, [which] continues to grow. We expect by 2020 to have 7 million passengers go through the port. I believe, when I became the mayor, it was only 4½ million that came though. We’ve had a tremendous… growth spurt over the last years.”

On Nov. 16, Brightline announced that Virgin Group had acquired a minority position in the company, which will be rechristened Virgin Trains USA next year.

Virgin Group is no stranger to the rail business, having long held a controlling position of Virgin Rail Group, of which 49% of shares of the franchise were sold to Coach USA and Megabus owner Stagecoach in 1998.

Brightline, which has until Dec. 31 to sell $1.15 billion in tax-exempt bonds, has failed to perform to expectations.

Despite a 42% second-quarter ridership increase in 2018, the company owned by Florida East Coast Industries lost a combined $56.5 million in the first half of 2018.

Total ridership during that time was 180,870 – 16% of the 1.1 million passengers the pro forma it presented to Fitch Ratings in December had projected.

Brightline’s revenue was $2.2 million, less than a tenth of the $23.9 million it had predicted.

2 Responses to After Brightline deal, Virgin Group gets seaport terminal OK too