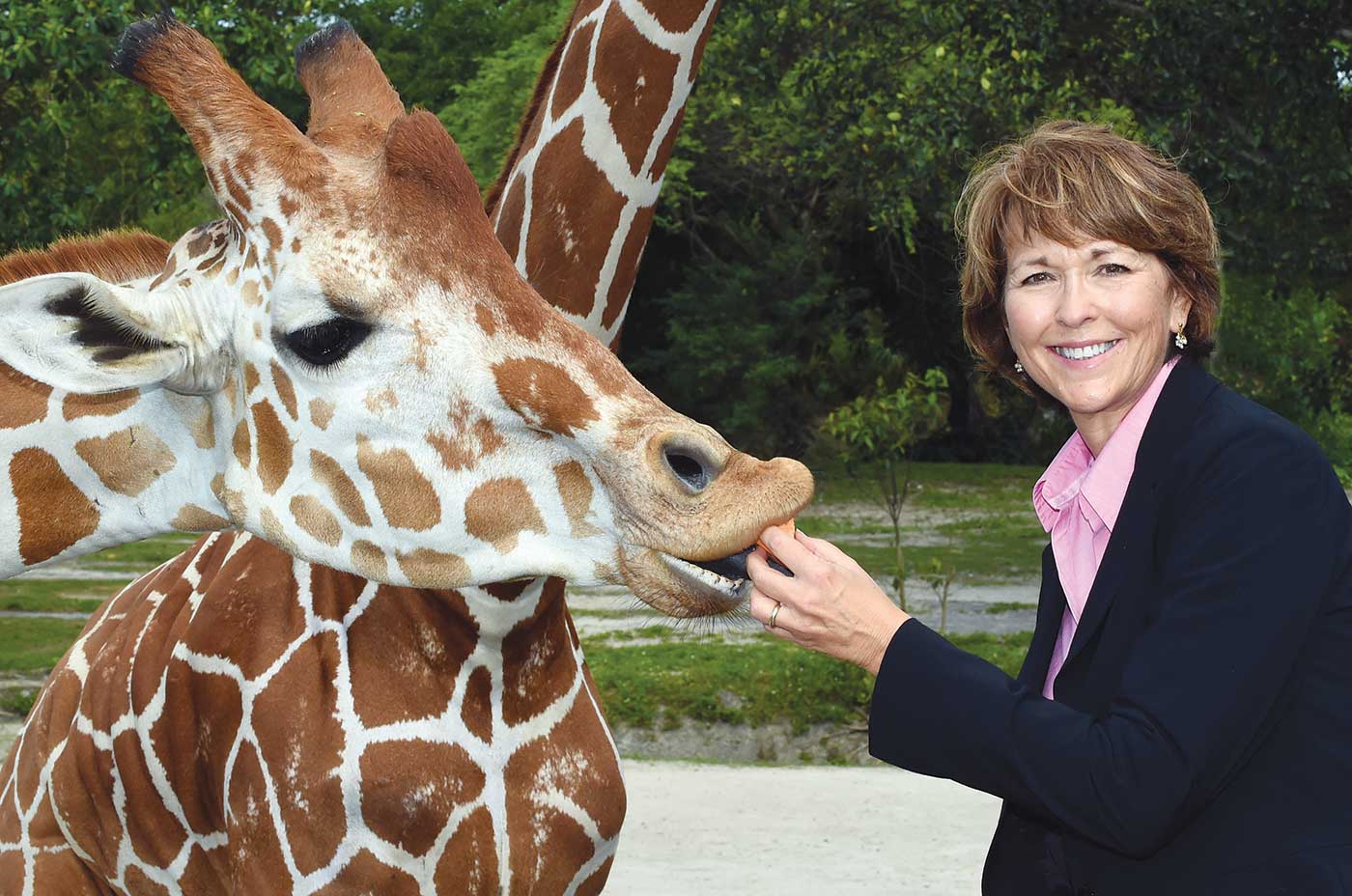 Zoo Miami failed to reach its goal of a million visitors in the year ended Sept. 30 but did celebrate its second-highest annual total since opening in 1948.

Now, the zoo is looking to 2019 to reach its million-visitor goal.

Zoo Miami Director Carol Kruse blames Hurricane Irma and heavy rain throughout the year for her team missing its goal of a million guests. The zoo, at 12400 SW 152nd St., closed for Hurricane Irma and Memorial Day and Labor Day weekends due to rain. That’s a big hit for a destination that sees the majority of its visitors during holidays and weekends.

“We are confident that we would have achieved that goal had we not been in that recovery from Hurricane Irma, had the closure for 13 days at the beginning of the last fiscal year [and] rain, which happened to hit on weekends and holiday weekends,” Ms. Kruse said.

Her team celebrated reaching 965,042 attendees, but she hopes to reach a million this year: “We want to hit one million. We’re going to keep using that as a goal until we reach it.”

Zoo Miami plans to work with marketing and public relations firm RockOrange to help meet its goal. RockOrange will tap into digital and social media platforms to advertise family-friendly interactions with animals, such as feedings with camels, giant tortoises and giraffes. The plans fall within the $1.5 million marketing budget out of the $32 million annual operating budget.

Cindy Castelblanco, zoo director of marketing and integrated communications, said she expects the upcoming campaigns to appeal both to average visitors and to tap into a wider audience. A local Hispanic mother age 35 with a 6-year-old is the average visitor, she said.

Ms. Castelblanco says she wishes to eventually see 10,000 to 15,000 local visitors daily – which would total more than 3.65 million visitors a year.

The coming holiday attraction Zoo Lights rings in its 10th anniversary with a million LED lights and lantern animals, including flamingos, lions and elephants. The event will cost $100,000 out of the $1.5 million marketing budget and run from late November through late December. Last year’s event sold out three Saturday nights and had a total attendance of 32,800. Ms. Kruse and Ms. Castelblanco expect similar, if not better, attendance.

Other permanent attractions are also on the way. The Australian exhibit will welcome a new koala and a renovation of its 30-year-old building. Visitors can soon walk through the now-enclosed air-conditioned space and spot tree-kangaroos and koalas in spaces designed by zookeepers Yosanni Torres and Andrew Gleman.

The zoo is entering its busiest season. Attendance numbers climb from December through spring break, and Ms. Kruse and Ms. Castelblanco say they hope the coming events attract old and new guests alike.