Advertisement
The Newspaper for the Future of Miami
Connect with us:
Front Page » Profile » Michael Weiser: Seeking to grow ‘305-ness’ in culture at HistoryMiami

Michael Weiser: Seeking to grow ‘305-ness’ in culture at HistoryMiami 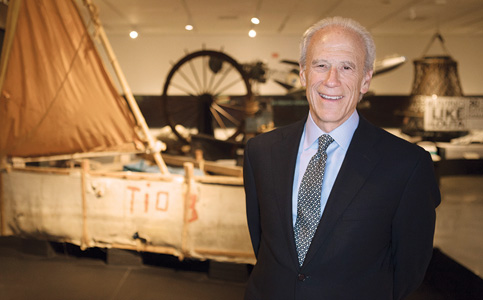 Michael Weiser may chair the board of trustees for HistoryMiami Museum, Florida’s largest history museum and South Florida’s second oldest cultural institution, but his passion for honoring Miami’s past is matched only by his enthusiasm for its future.

That future, he says – amid Miami’s changing skyline, thriving industry and swelling population – is inextricable from the stories, artifacts and people comprising its past.

“There’s a tremendous amount of attention paid to the physical development of Miami, the buildings [and] infrastructure we must build and rebuild over time to accommodate a growing city, but perhaps not enough attention [is] paid to [the] internal development of who we are as residents of the city – as Miamian,” he said. “If we can kindle a sense of ‘305-ness’ that encourages a young person to become involved in civic life and people to strengthen their neighborhoods, education system [and the] governmental fiber of our city, that’s powerful.”

A native Chicagoan, investor by trade and journalist by training, Mr. Weiser first came to Miami with his wife, Julie Greiner Weiser, in 2005 and, through interactions with local historians and an earnest curiosity nurtured by years of reporting, fell in love with what he calls his “adopted city.”

He sees HistoryMiami as the cultural heart of the city – a gateway to bygone times, present perspectives and achievements yet to come.

“It’s easy to see tall buildings. It’s much harder to see the self-esteem of a city being built,” he said. “[Some] self-esteem comes with world championships in basketball, baseball, football. But there’s a deeper kind of self-esteem with knowing your own history [and] participating in discussions about [its] future.”

The interview, recorded by Jahmoukie Dayle, can be found Friday at http://bit.ly/2uNHy0Q.