Advertisement
The Newspaper for the Future of Miami
Connect with us:
Front Page » FYI Miami » ‘Made in Miami’ brand back on the table

‘Made in Miami’ brand back on the table 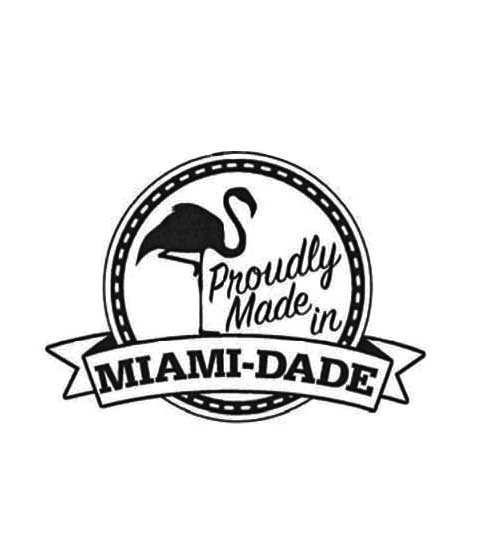 Nearly nine years after Miami-Dade commissioners called for a study of the possible impacts of a “Made in Miami’ marketing and branding campaign, Mayor Carlos Giménez was to deliver a report on the matter for commissioners to review today (11/8).

Javier Souto in May reminded his fellow commissioners of the program, which would permit local companies to brand their goods as grown or made here for a fee that would cover the costs of the program and be used to promote local businesses.

“Like so many things, we approved it and forgot,” he said at the time.

The Oct. 19 report from Mr. Giménez, who was a commissioner under Mayor Carlos Alvarez when items related to the prospective program originally passed, examines similar programs in California, Chicago, New York City and Madrid.

Based on those analyses, Mr. Giménez recommended that the county “at a minimum” do the following:

■Evaluate whether enough interest would be generated for a program here to be successful, “which may require meeting with industry groups.”

■Develop requirements for the program and what standards a product must meet to be labeled “Made in Miami,” including determining a minimum percentage of a final product that would be manufactured, produced or assembled in Miami-Dade.

■Establish a seal or logo to be used by participating businesses and, if the seal or logo comes in the form of an adhesive or sticker, determine who would incur the production cost. Three proofs of possible logos are included in the report – all of which feature flamingoes, two feature palm trees, two use “Made in Miami-Dade” and one uses “Made in Miami.”

■Determine the county’s verification method to “ensure the validity of the participating business and its meeting of all the program [requirements].”

■Determine whether funding for the program could partially offset by an application fee based on the interest of companies to participate.

“At this time there is no way to estimate how much application fee revenue can be generated based on interested participants,” Mr. Giménez wrote. “Additionally, an application fee may discourage businesses from participating until the program proves its worth to the industries that are to benefit.

“The Economic Development Program of the Department of Regulatory and Economic Resources will work with local stakeholders, including the Miami-Dade Beacon Council and local chambers of commerce and industry partners, to further explore the creation of the ‘Made in Miami’ marketing program.”

On July 21, 2009, Miami-Dade commissioners adopted a resolution to direct the administration to study the feasibility of a voluntary “Made in Miami-Dade” program. A related report was placed on a meeting agenda Feb. 2, 2010.

Commissioners on March 8, 2010, ordered another study on the creation of a “Made in Miami” marketing program that included creating a trademark seal, promoting the seal for local companies to use in marketing their products, reviewing the possibility of charging a fee to offset the costs of the program, using the fee income as grants to new local businesses and determining the demand for the use of a seal and any cost and associated costs and legal issues.

“Miami’s a world name,” he said. “It’s very strange we don’t take advantage of such opportunities, move on and try to reinforce our local industry – why not?”

One Response to ‘Made in Miami’ brand back on the table