Advertisement
The Newspaper for the Future of Miami
Connect with us:
Front Page » Education » University of Miami UHealth tower due major renovations 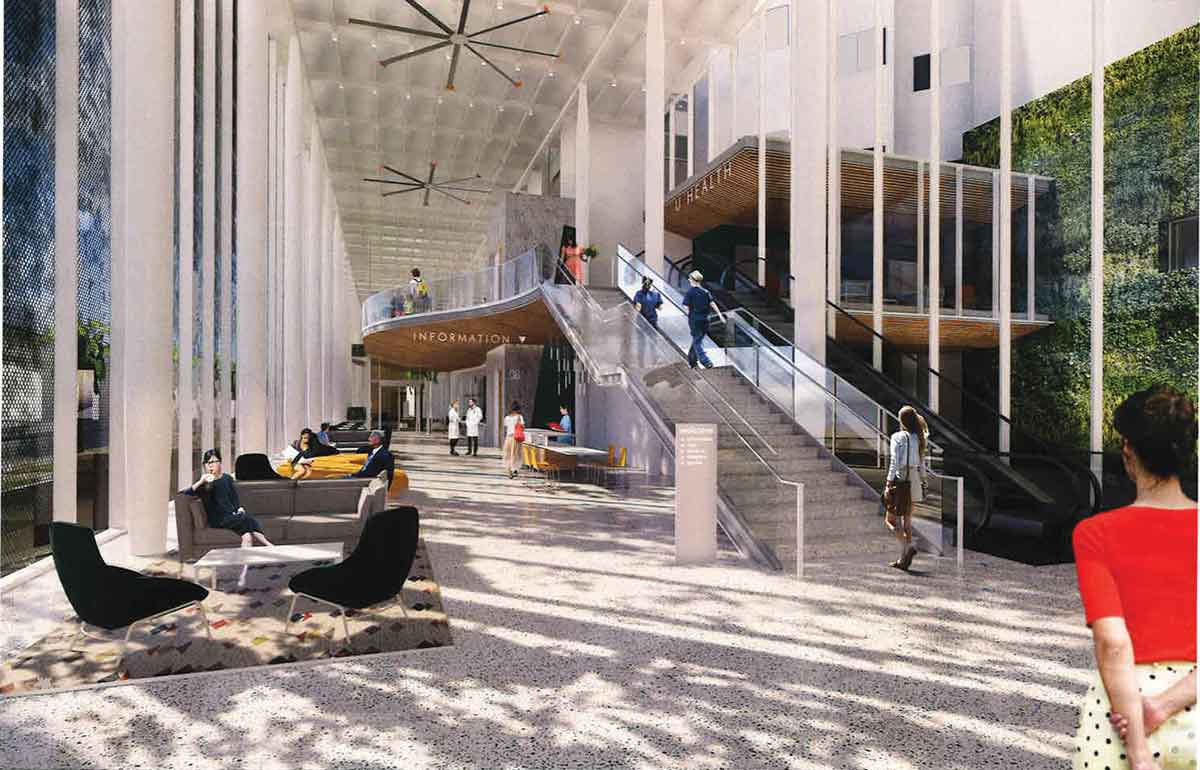 Massive renovations are underway at the University of Miami UHealth Tower in a three-year program. Plans include expanding the number of operating rooms from 20 to 37 for patients with cancer and cardiovascular diseases.

Executive Vice President for Health Affairs at the University of Miami and CEO for UHealth Dr. Edward Abraham says there’s no better moment than the present to upgrade the site at 1400 NW 12th Ave.

“Because of growth in the programs,” he said, “we need an updated facility. The increase number of operating rooms is important to us. We have much more demand than capacity at this time. To appropriately grow our program and make sure patients have an excellent experience in the hospital, we have to make all of these changes.”

The building is to get a new, contemporary façade with a driveway on the first floor instead of the second. Patients can then drive up or be dropped off at the entrance of the soon-to-come two-floor remodeled lobby.

Updates and expansions are also occurring inside the tower beyond the entrance. About 60% of the floors will be renovated by the completion of the three-year project. The hospital is also swapping the old elevators with new, faster ones.

Dr. Abraham said, “The goal is to make sure this is a contemporary facility that welcomes our patients and treats them appropriately in a great environment.”

The hospital has 560 inpatient beds and does not plan to add more since the length of stay is expected to be short for many patients. More staff members are intended to ensure a quick recovery, Dr. Abraham said. He specifically looks to welcome moreoperating room nurses and nurses with experience in intensive care.

Other upgrades are to include two hybrid rooms for cardiac procedures, five cardiac catheterization labs and 22,000 square feet of added clinic space.

The hospital’s ultimate goal in pursuing these plans is to meet increasing need for the line of services provided at the UHealth Tower. The current demand is for at least 24 operating rooms, with expectations for that figure to grow.

Dr. Abraham said, “Because of growth in cancer and cardiac surgery, I would see that there will be the demand for over 30 operating rooms in the next four or five years, and then all of the operating rooms within eight years.”

Upgrades are to cost over $100 million out of the operating budget. The façade and lobby updates check in at $20 million, elevators add another $8 million and operating rooms ring in at $83 million. The price tags do not include the other additional, smaller-scale pieces such as improving the tower’s connection to the electrical grid.

Renovations are already started. The floors and elevators are getting upgrades as the team moves forward with further designs for the façade, lobby and operating rooms. They wait for new detailed drawings of the new addition with the 17 operating rooms and expect to later to pursue permits.

The upgrades should be completed within 36 months, Dr. Abraham said, to meet growing demand.