Advertisement
The Newspaper for the Future of Miami
Connect with us:
Front Page » Healthcare » Telehealth finds multiple successful niches in Miami-Dade 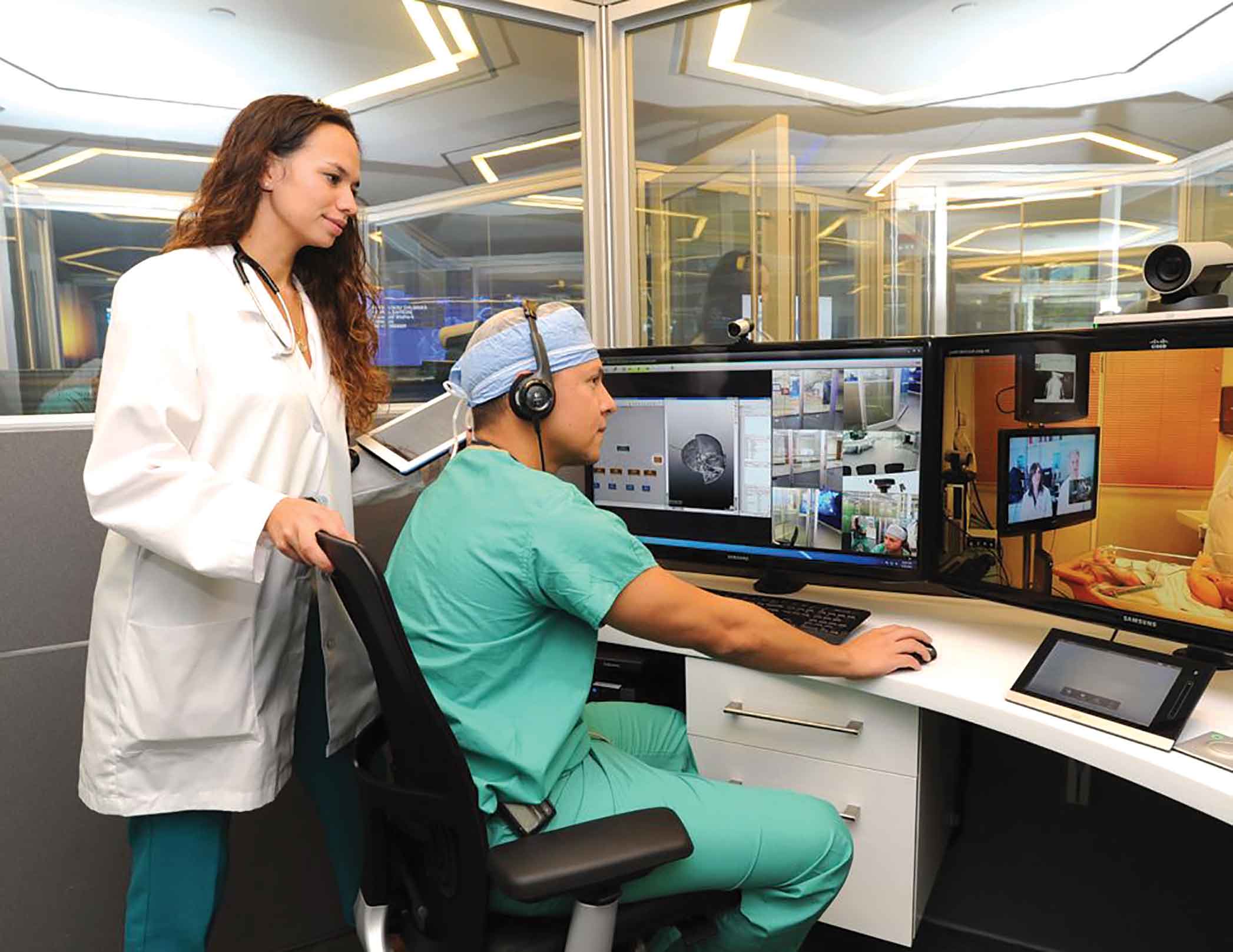 Baptist Health South Florida, Nicklaus Children’s Hospital, the University of Miami Health System and the MAVEN Project are finding success in the telehealth space and room to expand.

Baptist Health’s Care On Demand continues to grow in the number of downloads after launching two years ago to treat minor illnesses. The platform has 20,000 downloads on computers, tablets and smartphones, a 10,000 increase from last year.

The program’s medical director, Dr. David Mishkin, said, “That’s where we wanted to be at this point.”

Baptist is welcoming more physicians to meet the growing demand for the $59 consultations. Half of users are 30- to 49-year-olds. Feedback, the first measure of success, remains positive. Over 90% of platform users give at least a four-out-of-five rating.

Vice president of Baptist Outpatient Surgery Luis Bellmas says his team wants to reach 50,000 enrollments within the next three years. The key is to bring awareness to the platform and retain the number of users.

Details of next year’s budget for the service are in the works, but Mr. Bellmas says it’s well over $1 million.

A service provided by Nicklaus Children’s Health caters to kids. The platform connects pediatricians and specialists with children from Florida and 40-plus countries for consultations. The program started for minors outside the US and has grown in the five years since launching with over 100 international consultations per year. Providers deliver care from the hospital’s Telehealth Command Center utilizing fully encrypted software for secure virtual connections.

Dr. Evelyn Terrell, director of global health and telehealth at the hospital, says keeping prices as low as possible is a priority.

“By reducing the cost of care,” she said, “a provider may give them an opinion that allows them to either get a prescription very quickly and start medication or the families don’t need to go to an emergency room where the cost of care is going to be significantly higher.”

The organization aims to expand its reach and enhance the experience of its users, including sustaining a free primary care program utilized by several schools treating students feeling ill during the school day as well as an application that can check the ears, nose, listen to the heart, lungs and evaluate skin temperature.

“Most visits can be conducted in the range of $50 to $70,” Dr. Terrell said. “The devices are in the $300 range. We are looking at the best ways to deploy some of these. We also have submission options maybe as low as $30 a month for some of these services and also partnering again with payers and other consumers.”

A specialist in urology and urology oncology, Dr. Ritch meets via remote tele-connection with patients who are thinking about robotic surgery for prostate cancer. They discuss the procedure, benefits, risks and alternatives using the university’s platform. The patient undergoes necessary testing in his home country if he chooses to proceed with the surgery and flies in the day before the operation.

The service saves patients lodging and travel costs. He said, “Patients seeking care in the US from overseas don’t physically have to come to get the evaluations they need. The more we can offer this service to our international patients, it’s going to be better for the healthcare system as well as the patients.”

Dr. Ritch’s team conducts on average five consultations per month and sees a conversion rate for procedural tele-counseling close to 100%.

MAVEN Project founder Laurie L. Green, a practicing obstetrician and gynecologist, says she thought of the idea after hearing of physicians retiring but many still desiring to practice medicine a few hours a week. The program then intended to connect specialists across the country with the uninsured in inner cities and rural America, communities that did not have access to the doctors they needed.

She said, “They are located in areas that don’t have practitioner specialists, so telehealth was the obvious way that we could bridge our doctors looking for meaning [and] patients looking for the highest quality specialty care. That’s how it came together.”

In South Florida, Board Member Barth Green sees clinics as a refuge for migrant workers stuck between needing medical attention and frightened of any retribution due to their legal status. He says most won’t attend open health fairs or large gatherings for fear of being arrested or deported.

Dr. Green utilizes his position as executive dean for global health and community service at the University of Miami Miller School of Medicine and professor of neurosurgery to tap into 12,000 faculty members and potential volunteers.

He said, “Medical schools today have a fourth pillar – community service and serving the underserved. This is a wonderful opportunity on our end of the spectrum in dealing with physicians and nurses where we can really share our knowledge and we do it because of wanting to do it, not because we’re getting compensated or for any other reason.”

Linda Schotthoefer, United Way of Miami Dade senior director of community initiative, is part of the team that brought the MAVEN Project to Miami and continues to support the project past its pilot year. Besides the other partner organization Health Foundation of South Florida, United Way of Miami Dade chipped in $40,000 in 2017 to launch the program in Miami, and both donated in October for the project’s expansion.

Each organization plans to expand its services, many looking towards behavioral health as the next frontier.