Advertisement
The Newspaper for the Future of Miami
Connect with us:
Front Page » Top Stories » Crumbling affordable housing in Miami Beach faces deadline 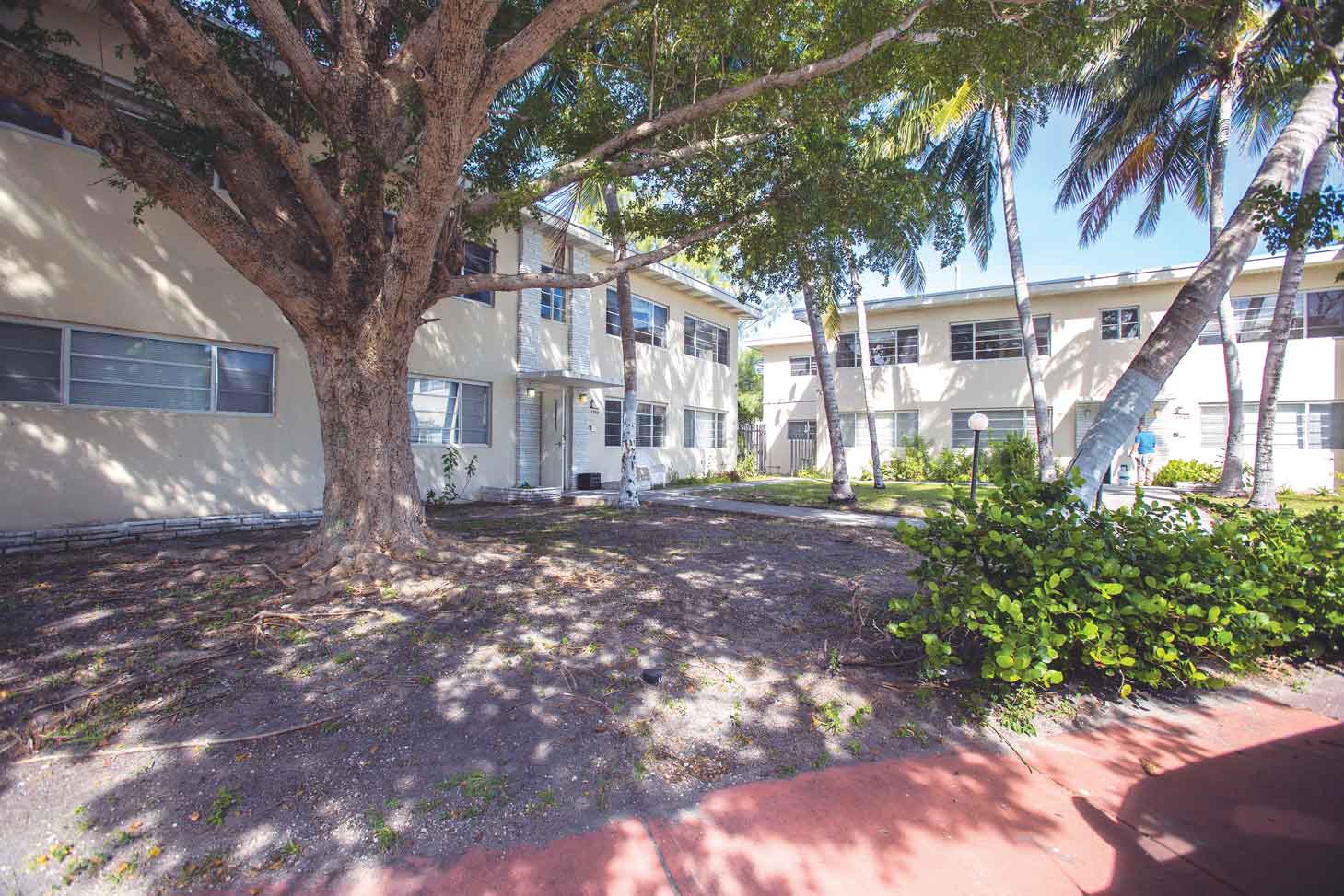 Ceilings falling in, mold growing and an infestation of insects are just some of the complaints coming from Crespi Park Apartments, affordable housing units in Miami Beach rented mostly by seniors.

On Oct. 17, the city commission voted to give the buildings’ owners, the Miami Beach Community Development Corp. (MBCDC), a “90-day reprieve” to “come back with a plan” on how the organization will settle its outstanding debts and stabilize its portfolio. The commission also voted to be an “active participant” over the next 90 days in the attempt to help the MBCDC, as well as urge the county to give MBCDC a 90-day time slot to come up with a solution.

The MBCDC came to the commission for a discussion sponsored by Commissioners Kristen Rosen-Gonzalez and Michael Gongora, asking for Miami Beach’s assistance in “helping the organization deal with the county in order to stabilize.” Miami-Dade County is the majority lender to the organization and the city is subordinate. The county has an outstanding loan of about $150,000 and the city has a lien on the property for $1.75 million.

“It has been difficult to get out of the situation. We attempted to joint venture with a qualified development partner to pay off two county loans. We need your assistance and support to try and work with the county,” said Jordan Chisolm, a lawyer with the Legal Services of Greater Miami and the representative for MBCDC. “The county has significantly interfered with the organization’s business practices.”

According to Mr. Chisolm, the MBCDC is trying to refinance the Crespi Apartments and has also tried to join with a for-profit developer to revamp the buildings but “the county interfered outside of the normal practices of a lender” and neither deal went through.

But the county had accusations of its own. According to a county representative at the meeting, officials were “uncomfortable” with the request for proposal issued by MBCDC because it said that the MBCDC would have to sell two other properties to be able to renovate the Crespi Apartments.

“We did that previously with Knightsbridge and they got $350,000 to stabilize their portfolio and we’re back to the same position where inventory is going down and nothing is stabilized,” said the county representative.

Miami Beach already tried to help MBCDC back in 2013 in a similar situation, when the city acquired five properties from MBCDC to “ensure protection” of the affordable housing units. The city had to reimburse the US Department of Housing and Urban Development $1,079,000 from non-federal funds in order to resolve the ineligible use of funds by MBCDC, according to a memo from City Manager Jimmy Morales.

The MBCDC had another notable round of financial problems in 2015, when the MBCDC wanted to sell several affordable housing units at the Knightsbridge Condominium at 7133 Bay Drive and use the proceeds to “stabilize its housing portfolio” and pay outstanding debts. These units were acquired as affordable housing with both city and county funds, but the county said it has been “unable to determine how the estimated $350,000 from these sales was used,” according to the memo.

The county is also accusing MBCDC of violating their agreement by raising rents to market rate in July 2017, even though they signed an agreement saying for 35 years rents would be kept affordable. According to the county, the MBCDC evicted residents and so the county enforced the covenant by assuming the leases and rent and meeting with the residents. The county then moved certain residents into extended-stay motels while they fixed the units, some of which did not have hot water or air conditioning.

The 341-unit Crespi Park Apartments has been the focus of controversy since at least April, when the county notified MBCDC that it intended to foreclose on the property since the agency defaulted on the funding agreement. According to the memo from Mr. Morales, MBCDC has been operating at a recurring annual deficit exceeding $100,000.

On Oct. 9, city staff met with representatives from MBCDC, including its board chair, Monica Matteo-Salinas, and Ahmed Martin, the agency’s new executive director.

According to the memo, efforts by MBCDC are underway to settle with the county by possibly surrendering eight properties, excluding the Crespi Park Apartments, and that “the five properties remaining in its portfolio would have low or no debt service and would form the foundation for a new management plan” to try and rejuvenate the agency. These five properties all have county funds and also have city investments remaining under affordability, according to the memo.

“This involves mostly senior housing, affordable housing and some workforce housing buildings where many of our residents reside. There’s a big dispute going on right now with the MBCDC, which has overseen the buildings for many years, and what the future is,” Mr. Gongora said. “We’re all disturbed by the conditions of these properties. All of us are looking out for the wellbeing of our low-income residents and our seniors. We’re looking to you [MBCDC] to prove to us you can turn this around.”