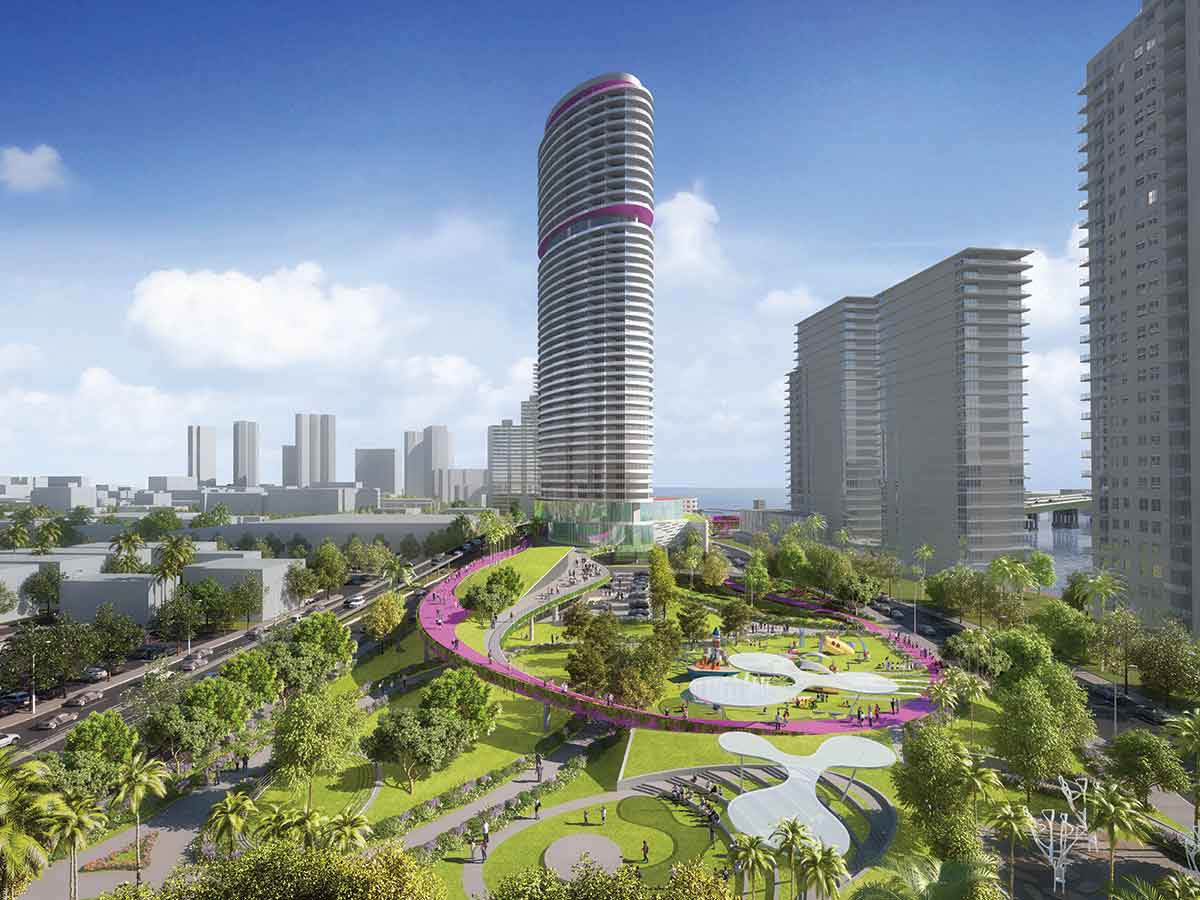 After 118 meetings – according to developer Russell Galbut – the 500-700 Alton Road single-tower development could finally be going before the Miami Beach City Commission for the first of two readings.

The city Planning Board on Oct. 23 unanimously recommended the city commission allow a 44-story tower with a height of 519 feet. Last month, the Land Use Development Committee recommended 44 stories and 484 feet.

The Planning Board also recommended that the city commission agree to up to 60 hotel units or 20% of the total planned 410 residential units, whichever is less. According to Mr. Galbut, there will be 30 hotel units, “if any at all.” Short-term rentals of units by their owners, such as through Airbnb, are permitted in this area of Miami Beach and that right cannot be taken away due to state law. City commissioners previously expressed concern over the possibility of the units becoming rentals instead of actually becoming more living space for residents.

With a jump of height, the developer and supporters of the development hope a three-acre park will be sufficient to sway enough commission members to pass the ordinances.

The park in exchange for a higher building has been a focal point of the discussions and moving the project forward. The city-owned park would have a children’s play area, a dog park, space for a farmers’ market, a parking garage in front of the retail component and a one-third-mile-long walkway around the park.

A part of the pink pathway would go through the residential tower proposed for the 500 block, wrap around the park and the tower and gradually elevate in order to eventually connect to a bridge over West Avenue and Fifth Street. Included in a general obligation bond proposal that is coming before Miami Beach voters next week is $15 million for the connector. There will also be added green space scattered throughout the development and open to the public.

“I’ve lived here for most of my life in Miami Beach and that entrance to Miami Beach is really disgusting, an embarrassment to this great city,” said Planning Board member Mark Meland. “The park is going to be amazing over there… I’ve always been a huge proponent – I know it’s probably controversial – of trading height for slender buildings. Once you get to a certain height you don’t feel it anymore. You can do horse trading and make deals like this for the betterment of the city.”

First reading of the package of changes is to come before the commission Nov. 14. The ordinances would create a single zoning district that would allow for the floor area ratio (FAR) credits to be accumulated in the tower to open up the development for the park, the vacation of Sixth Street, changes to future land use categories and land development regulation amendments that are necessary to activate the proposed development proposal. However, the project’s final design and operations will have to go through the Design Review Board and Planning Board processes, which also involve public comment.

“I can tell you that this is a brilliant project. I’m looking at the context of the entire neighborhood. You have a lot of towers down there, people are crossing into Miami Beach, the skyline of Miami has changed,” said Planning Board member David Weider. “I don’t see any significant difference in 484 and 519 feet. If you look at downtown Miami and the Miami Beach skyline, it forms a kind of harmony now.”