Advertisement
The Newspaper for the Future of Miami
Connect with us:
Front Page » Profile » Scott Robins: Targets Wynwood project after Miami Beach successes 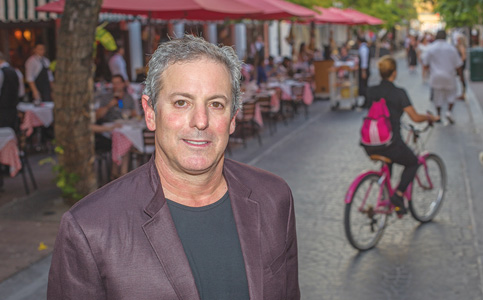 Scott Robins, founder and CEO of Scott Robins Companies, has been changing the appearance, and consequently the culture, of Miami Beach since the 1980s.

With a portfolio primarily localized in the Art Deco District of Miami Beach and downtown Miami, Mr. Robins specializes in developing, building, leasing and managing office, retail, hotel and resident spaces in some of the most famous spots in the region.

The Miami native was a key figure in the transformation of the Sunset Harbour District in Miami Beach.

Most recently, he led a bid for the city to invest millions in revitalizing Mediterranean-inspired Española Way.

“People walk down the street and [say], ‘Wow, where did this come from?’ And the people on Española Way – the proprietors, shopkeepers, restaurateurs, everyone – realize how special and important this street is and really do their best to make sure elements you wouldn’t want on the street are kept off,” Mr. Robins said. “Everyone here feels safe, secure. Kids play in the street. We’ve created a special environment.”

Now, he says, he’s plans to bring his vision to Wynwood while maintaining what keeps that area special.

His objective, he says, isn’t to create density through skyscrapers and other large-scale housing projects. Rather, it’s to accentuate the natural color of places and rejuvenate locales diminished by the wear and tear of time.

“For us, it’s about neighborhood-oriented development projects,” he said. “It’s about creating a place where people love to be [and] feel like human beings – get joy, sun, air and everything Miami has to offer.”

Mr. Robins, who in 2014 was appointed chairman of the City of Miami Beach’s Blue Ribbon Panel on Flood Mitigation and Sea Level Rise, sat down with Miami Today reporter Jesse Scheckner in newly renovated El Paseo Hotel on Española Way, which he’s owned since 1991. The interview was recorded by Jamoukie Dayle and can be found Friday at http://bit.ly/2uNHy0Q.